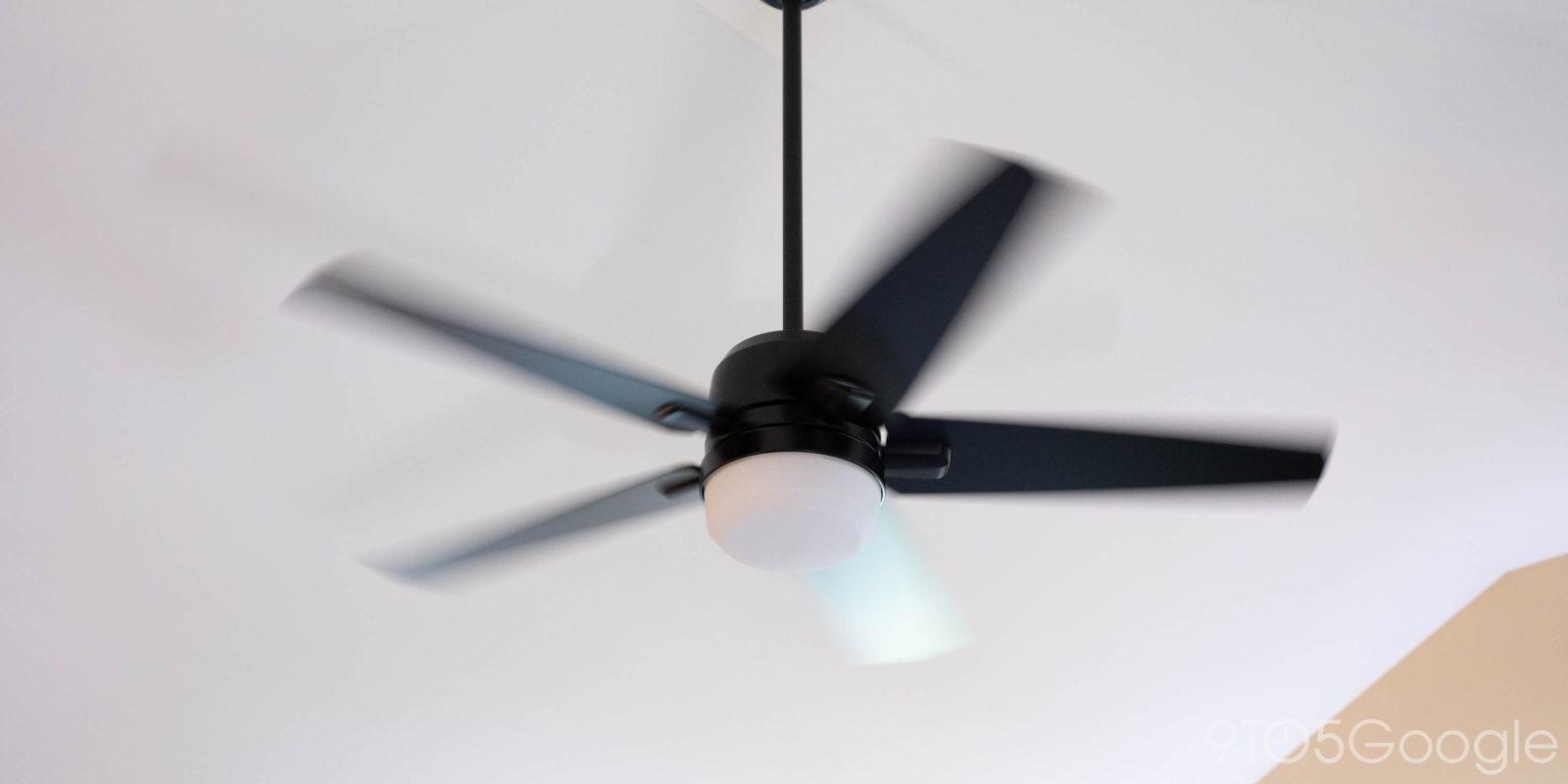 Over the past several years, some smart home products have become ubiquitous. Smart light bulbs, robot vacuums, etc. As those products have gotten more popular, others have also become much more affordable. For the past few months, I’ve been using a ceiling fan called the Hunter Cavera II, a smart home product that integrates with Google Assistant for just a fraction of the cost I expected it to be.

What can a ceiling fan even do with Google Assistant?

Here’s the biggest question I’ve had from everyone who knows I have a ceiling fan that works with Google Assistant: “Why though?” It’s a valid question, but the answer is actually rather simple: ease of use.

With most ceiling fans, you can adjust the speed of the fan with a pull-chain or, if you’re lucky, a remote control. That’s simple enough, but I think we’ve all encountered that situation where we’re not sure what setting the fan is already on and we have to cycle through all of the options to figure it out.

Using a ceiling fan like the Hunter Cavera II with Google Assistant makes that process a breeze — pun not quite intended.

Simply say “Hey Google, turn the office fan to medium” and seconds later the fan responds and adjusts the speed. Speaking anecdotally, the ability to adjust the fan speed in my living room and office without having to get up and pull the chain has allowed me to go touch the thermostat less, saving some money in the long run.

Another nice trick a connected ceiling fan enables is switching from “summer” to “winter” modes, i.e. reversing the direction of the blades. Instead of breaking out a ladder, you can simply do this in the “SimpleConnect” app. Unfortunately, it’s not possible with Google Assistant — at least not yet.

To get your fan hooked up to Assistant, you’ll first need to pair the fan to Hunter’s “SimpleConnect” app. The pairing process uses a QR code on the manual for your fan that is included in the box and also on the remote for the fan. Once scanned, you’ll need to input wireless details and give the fan a name and room.

After that, simply sign into the Hunter account you’ve created through the Google Home app, and you’ll be able to import your devices. The fan and light are input as separate devices which you’ll need to name accordingly.

If there’s one negative I have regarding Hunter’s Google Assistant-connected ceiling fan it’s this — the app is bad. The SimpleConnect app that allows you to set up your Cavera II fan works, but it has an outdated design and isn’t very stable. Luckily, once the initial setup is done, you don’t have to use it. I’ve only used the app for pairing to date, with all other controls coming from Assistant.

How good of a ceiling fan is this?

I can gush about how much I love having a ceiling fan connected to Google Assistant all day, but it means nothing if the physical hardware backing it up isn’t any good. That’s where I’m glad to report that Cavera II is actually an impressive fan.

At its lower and medium settings, Cavera II feels like a normal ceiling fan, but pumping the speed up to “high” and “very high” settings can quite literally blow you away. On its highest settings, I’ve had papers and napkins fly off of the table and even had small objects such as pet toys move slightly. At 5,778 CFM (cubic feet per minute) of air being pushed by this fan, it’s highest settings are sure to keep you cool even in the hottest days of summer. Generally, I keep the fan at medium or lower, and it’s plenty for our home.

Notably, the fan has two light sockets for standard bulbs. I used a pair of Philips Hue bulbs so I could adjust color temperature and dimming, but if you simply want on/off controls through Assistant, you can use standard lights here and retain full smart home controls.

Look, I’ll be the first to admit that almost any complaint about a ceiling fan is minor in the grand scheme of things, but technology always has the opportunity to make our lives a little better. Smart lighting made it much more convenient to illuminate our homes, and other smart appliances can save us time or even make our homes more secure.

A connected ceiling fan in your home isn’t something anyone needs, but for around $175 (depending on when you buy), the Hunter Cavera II can complete a Google Assistant-powered smart home and just make your life a little easier. If you already know your home needs a new ceiling fan, I think you owe it to yourself to at least consider this one. It’s an investment I won’t regret for even a second.