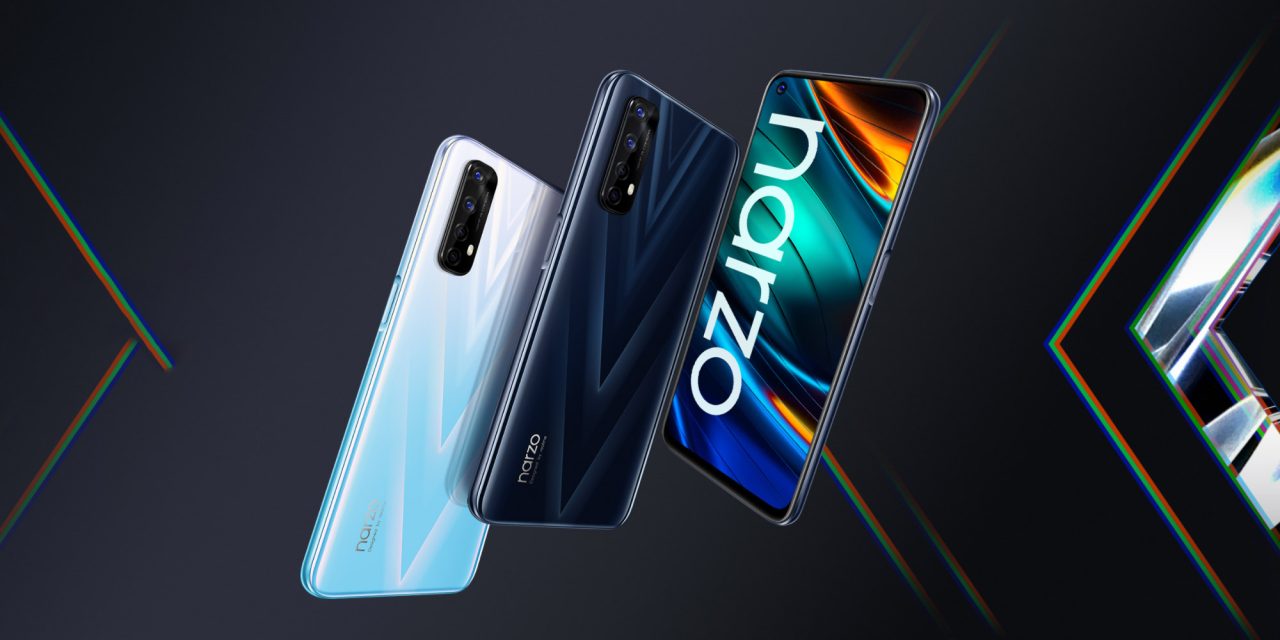 Oppo-offshoot Realme has introduced a slew of Narzo 20 series devices including the Narzo 20 Pro which looks to be a steal at an effective $200.

The Narzo line consists of three devices: the Narzo 20 Pro, Narzo 20, and Narzo 20A. All are budget-oriented smartphones with impressive spec sheets given the very modest pricing. This sub-brand has proved to be very popular in India — where they are available exclusively.

As for the headline attraction, the Narzo 20 Pro measures in at 6.5-inches and comes with an FHD+ 90Hz LCD display, is powered by a MediaTek Helio G95 chipset, between 6 and 8GB of RAM, 64 or 128GB of internal storage, and includes a 4,500mAh battery. That battery supports 65W fast charging out of the box, which can take you from 0 to 100% in just under 40 minutes.

At the rear, the Realme Narzo 20 Pro comes with a quad-camera setup that consists of a 48-megapixel main sensor, 8-megapixel ultra-wide-angle, and 2-megapixel depth and macro sensors. At the front, the upper-left punch-hole houses a 16-megapixel selfie shooter.

The Narzo 20 Pro is joined by the Narzo 20 and 20A. The standard Narzo 20 comes powered by a Helio G85 chipset, 6.5-inch FHD+ LCD display at 60Hz, 6,000mAh battery with 18W charging. It also comes with a triple-camera setup at the rear but includes a rear fingerprint scanner. The camera follows a 48-megapixel main, 8-megapixel ultra-wide, and 2-megapixel framework. The dewdrop notch is home to an 8-megapixel selfie camera.

Being the cheapest of the bunch, the Narzo 20A is the most “modest.” It measures in at 6.5-inches with the same panel as found on the Narzo 20. Inside it comes with the slightly older Qualcomm Snapdragon 665 chipset, 5,000mAh battery with 10W charging, and a triple camera setup. That camera consists of a 12-megapixel main sensor, 2-megapixel ultra-wide, and 2-megapixel depth sensor.