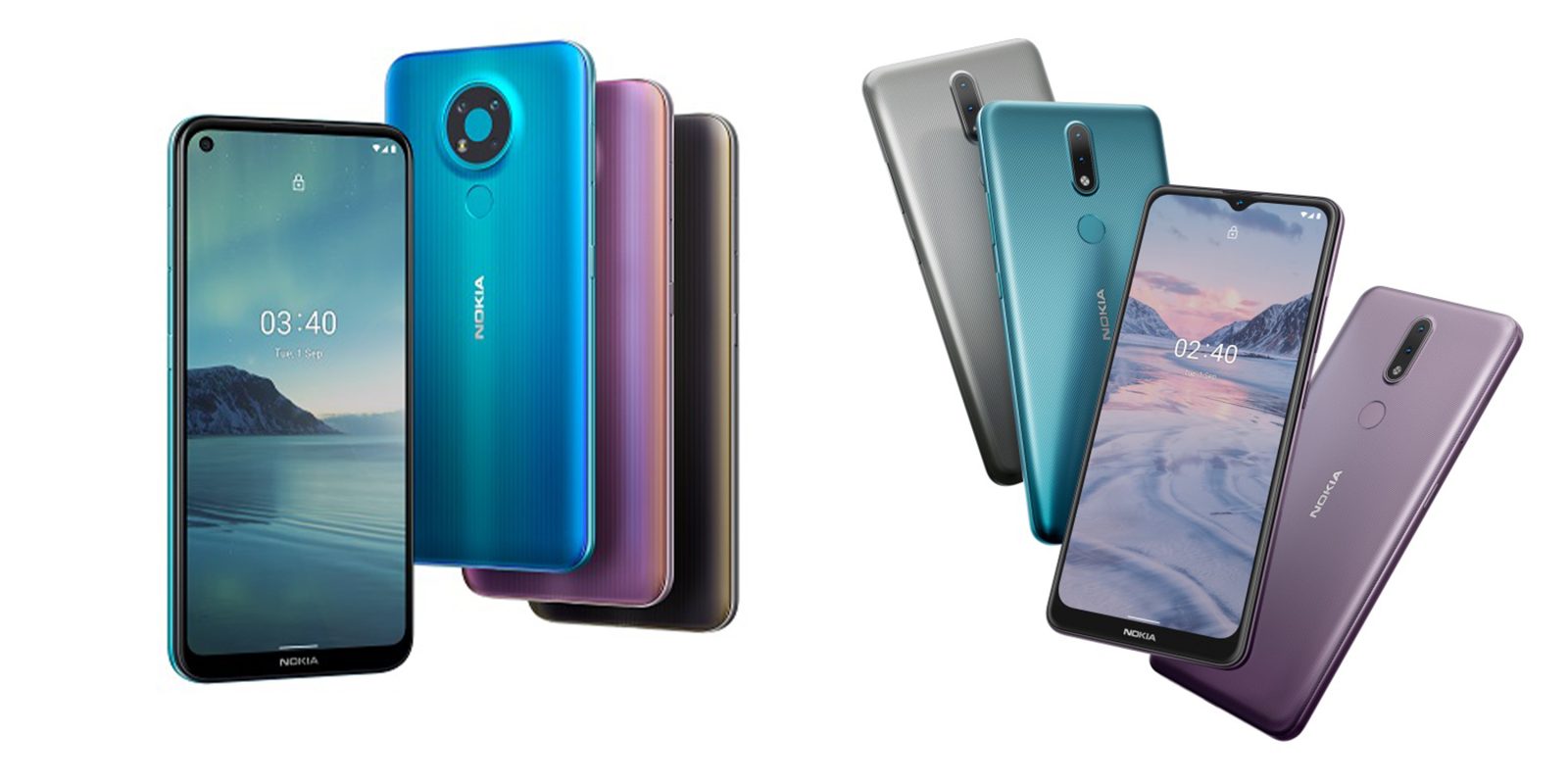 HMD Global has officially unveiled a duo of affordable new handsets in the form of the Nokia 2.4 and Nokia 3.4 with modest pricing and internals.

As 2020 draws to a close, we’re seeing a number of more affordable devices given greater prominence in the Android space. The Nokia 2.4 and 3.4 are most definitely toward the lower end of the pricing and performance spectrum but still might be of interest to those shopping for a new device on a strict budget.

The Nokia 2.4 is a direct follow-up to last year’s Nokia 2.3. It will come with a 6.5-inch HD+ display, is powered by a MediaTek Helio P22 chipset, 2GB of RAM, and comes with 32GB of internal storage. The battery weighs in at 4,500mAh, while other notable hardware includes that of a rear fingerprint scanner and headphone port.

While the Nokia 2.4 is an entry-level smartphone, it comes with a dual-camera setup with 13-megapixel primary sensor and a 2-megapixel depth sensor. The selfie camera comes rated at 5 megapixels.

Another modest Android One smartphone, the Nokia 3.4 is powered by the Qualcomm Snapdragon 460 chipset, features a 6.39-inch FHD+ display, comes with either 3 or 4GB of RAM, and 32 or 64GB storage configurations.

The battery measures in at 4,000mAh with the Nokia 3.4 coming with a USB-C charge port. There is also a headphone port and rear fingerprint scanner here, too. It can be charged at 10W speeds, which although slow by most metrics is pretty solid.

It has a triple rear camera setup consisting of a 13-megapixel primary sensor, 5-megapixel ultra-wide-angle, and 2-megapixel depth sensor. The selfie camera can take 8-megapixel shots.

Both smartphones will ship with the Android 10 build of Android One pre-installed but will only receive two years of OS updates and a further year of security patches.

You’ll be able to pick up the Nokia 2.4 starting at $139 from September 23 in purple, black, and blue. Meanwhile, the Nokia 3.4 will go on sale later this fall in the same color options.