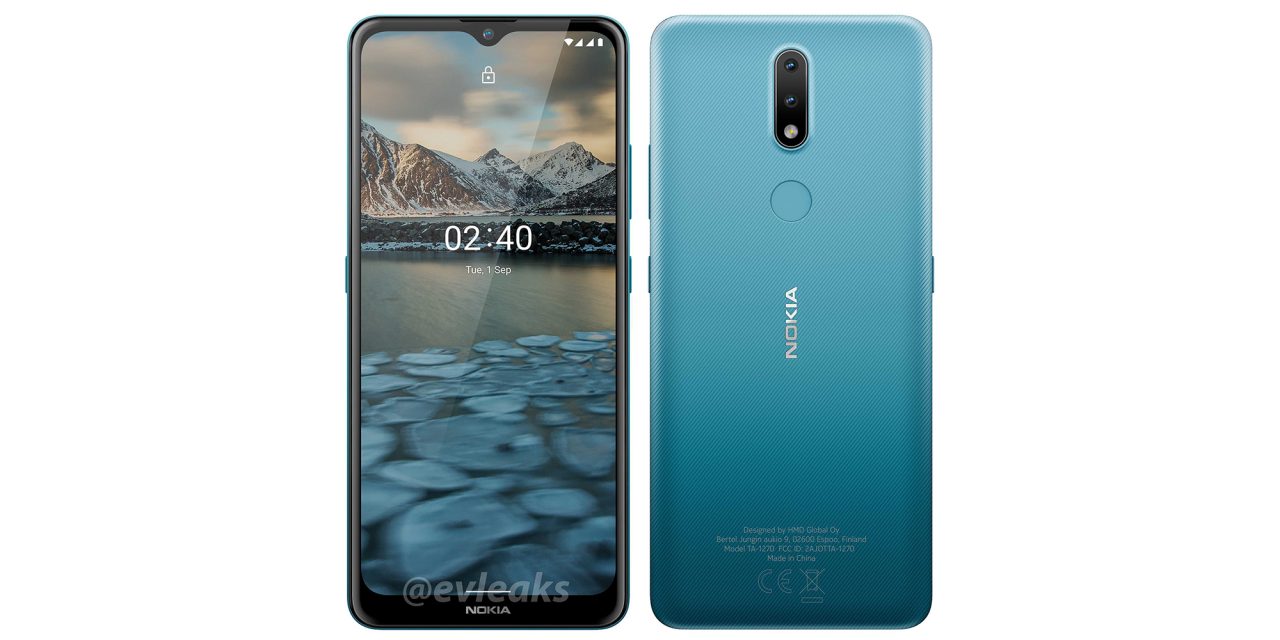 Leaked press renders of the upcoming Nokia 2.4 have given us a look at the follow-up to late 2019’s affordable Nokia 2.3.

The press renders have come courtesy of Evan Blass, who shared the images of HMD Global’s next affordable smartphone over on his paid-for Patreon account. The design follows the same “Nordic” design principles that have dominated the Nokia series since a re-launch in 2016.

[Update 09/08]: A new render has leaked courtesy of Evan Blass (again) of the Nokia 3.4 which bears an uncanny resemblance to the already available Nokia 5.3. The device has that Captain America shild style camera bump at the rear, a rear capacitive fingerprint reader and what appears to be a textured rear panel.

Very little else is known about the specifications of the Nokia 3.4 but we can see that it will have a triple rear camera setup — with LED flash. The cyan color also matches what we’ve seen recently with the Nokia 2.4 renders too. Blass also confirmed that this is indeed the Nokia 3.4, as there is no Nokia 3.3 model.

Very little else has been shared about the specifications or the internals but we think that the Nokia 2.4 would include some modest improvements over the 2.3. Last year we saw the MediaTek Helio A22 chipset, 2GB of RAM, and 32GB of onboard storage. Expect to learn more in the coming days as Nokia is expected to launch the device at IFA 2020 during an online keynote.

What can we glean from the press render shared by Blass though? Well, there is dual SIM support, dual cameras at the rear alongside a physical fingerprint scanner. There appears to be a dedicated Google Assistant button on the left edge too. The textured back panel has also returned but this time in a neat cyan or aqua color.

At the front, there’s a dewdrop notch but we imagine if the Nokia 2.4 hits a similar price-point as its predecessor it will come with at least a 720p LCD panel and very similar internals. There isn’t much more to glean from the Nokia 2.4 renders beyond the design but we are likely to learn more as IFA 2020 is set to start this week in Berlin.