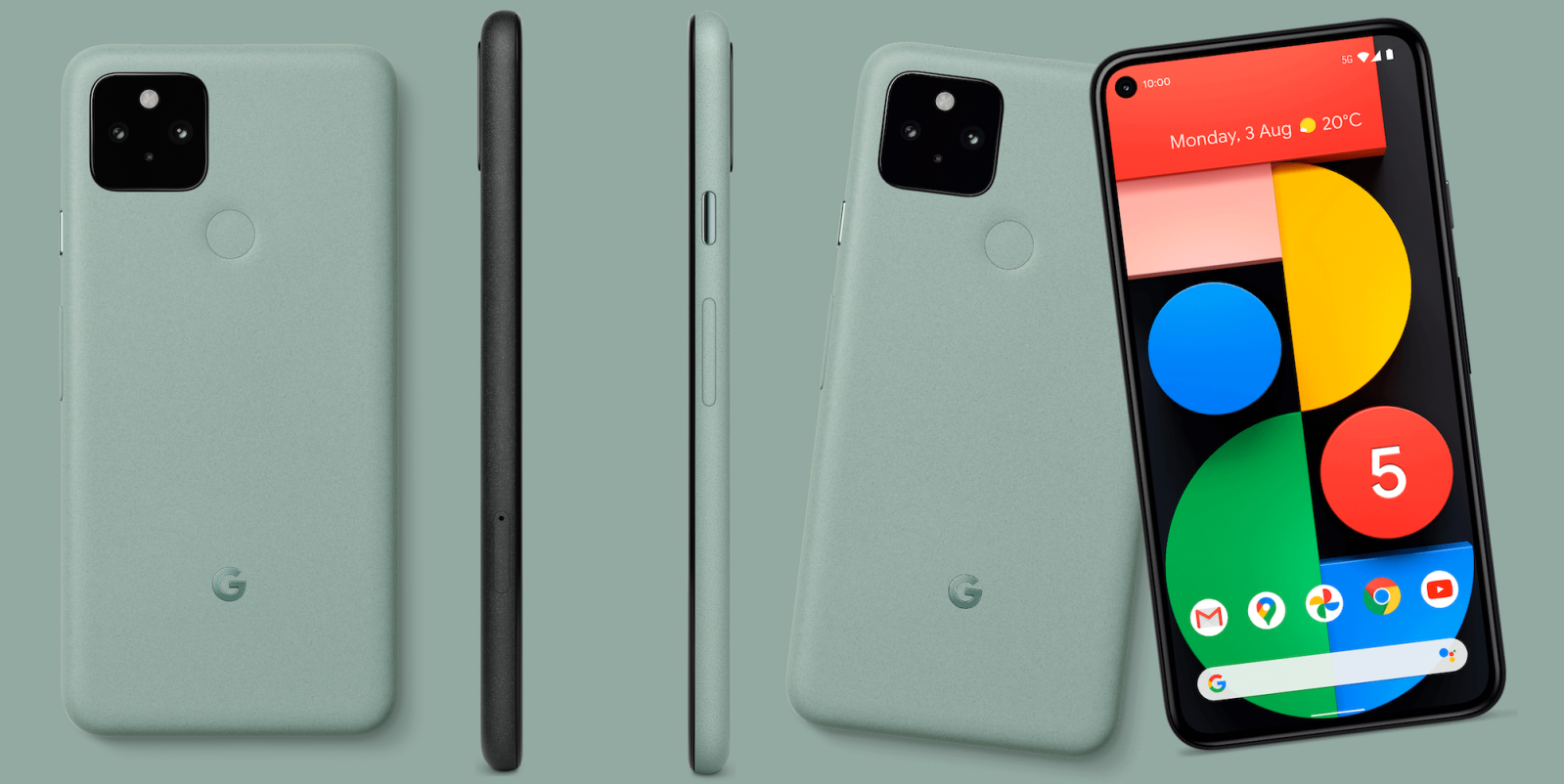 The last couple days have brought a flood of Pixel leaks, and it’s not stopping yet. Renowned smartphone leaker Evan Blass just dropped the clearest and least-watermarked images of the Google Pixel 5 and Pixel 4a (5G) so far, and this time we’re getting a clear look at the elusive green variant of the former…

Google Pixel 4a in black

First up, we have the Pixel 4a (5G). This phone leaked extensively earlier today in images from retailer John Lewis, and Evan is sharing a further look in these images. While prior leaks showed the phone from pretty much every angle, these new images give us a couple new angles including a direct side shot.

If you haven’t been following along, the Pixel 4a (5G) is set to be a slightly upgraded version of the Pixel 4a, with a larger display, a better processor, and a few other tweaks. Most things about the external makeup of the phone are fundamentally the same as the 4a, though.

The star of this latest leak is definitely the green Pixel 5, which we first got a look at earlier today alongside the Chromecast with Google TV and the new Nest Audio. That image only gave us a side shot, though, and it wasn’t exactly the most detailed look given its placement in a wider shot with the other products.

Now Evan has shared four high-res renders that will almost certainly reflect the images that Google shares when it launched the phone next week. It’s a lot easier to see all the little details here — including the metallic lock button (that’s also a shade of green), the shiny G logo on the device’s rear, and a sense of the texture, too. As we’ve mentioned before, it looks like it might feel similar to the Pixel 2 in the hand.

Evan also went ahead and shared some more images of the Pixel 5 in its standard black variant. Like the green model, we can see a metallic black lock button that’s new to the Pixel lineup.

Be sure to check out our Damien’s roundup of everything we expect to see at Google’s event next week. Oh and check out leaked retail boxes for the new Chromecast and Nest Audio, too.