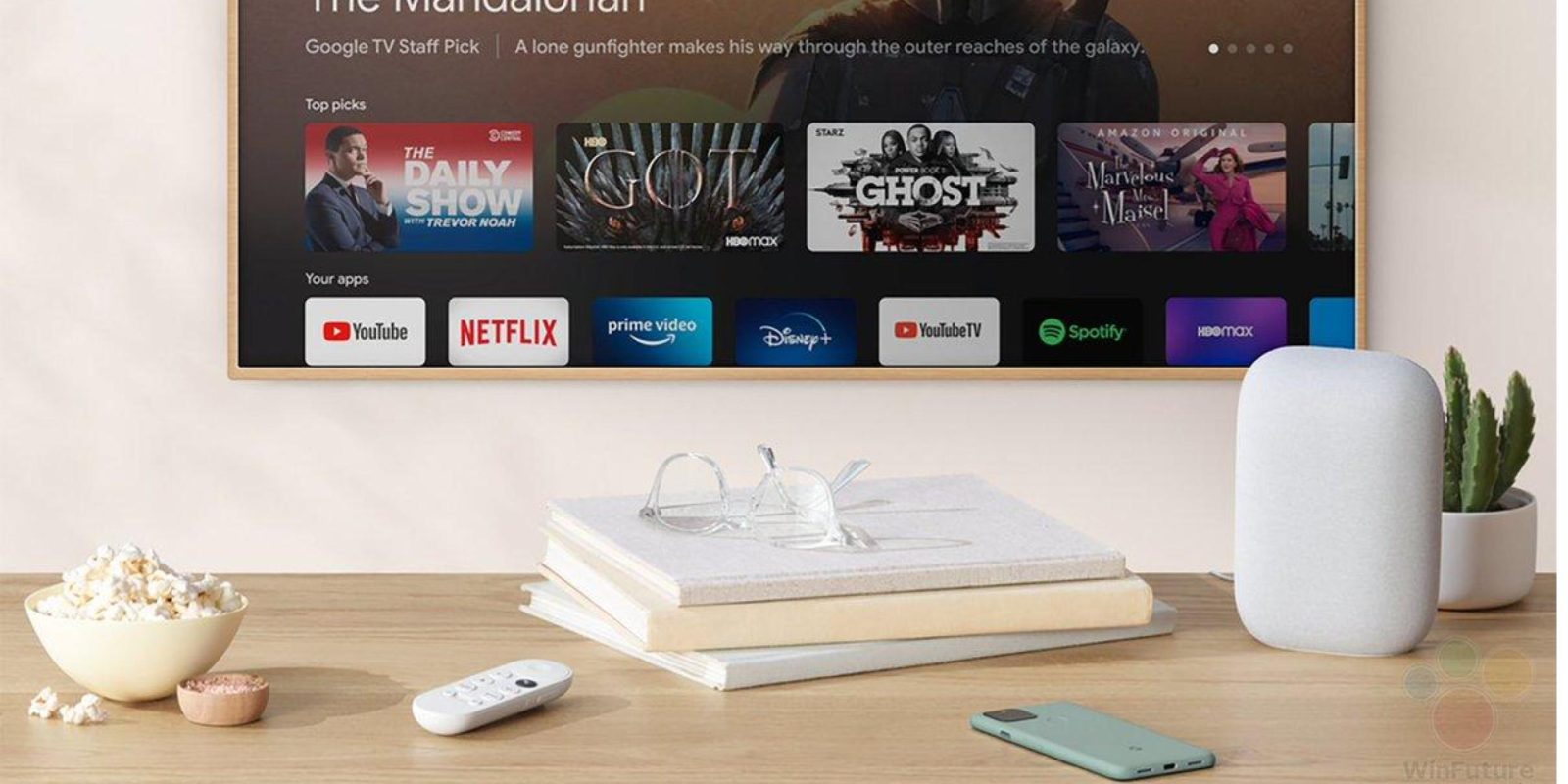 Last night, retail packaging for the Chromecast with Google TV and Nest Audio leaked, with the latter actually appearing on a store shelf. A leak of the entire “Launch Night In” lineup this morning shows the green Pixel 5 and Google TV UI.

After leaking specifications at the start of this week, WinFuture now has a picture of the rumored Pixel 5 in green. Compared to the majority of past Google phones opting for a lighter hue — Barely Blue Pixel 2, Not Pink Pixel 3, and Purple-ish Pixel 3a, this color variant is somewhat darker. It contrasts nicely with the black screen bezel up front.

The dark green encompasses the entire rear case, fingerprint sensor, sides, and volume rocker, while the lock button is black, along with the Google logo at the bottom of the device. Our look at the casing is provided by a second image that shows the entire family of devices that Google is announcing next week.

It provides a new look at the Google TV. This previously leaked in June, but this should be the final design. There is “Google TV” branding in the top-left corner, while there are the following tabs: Search (complete with Assistant logo), For you, Live, Movies, Shows, Apps, and Library.

Your profile image appears in the top-right corner, while “For you” looks to be the default homescreen. The background image is provided by a “Google TV Staff Pick” and includes the service it’s from, show name, and description. That top carousel features five content suggestions. There are sections for “Top picks” and “Your apps” below.

Elsewhere, we see the Google Chromecast Voice Remote on the table, and a Nest Audio — both in white.

More about Launch Night In: