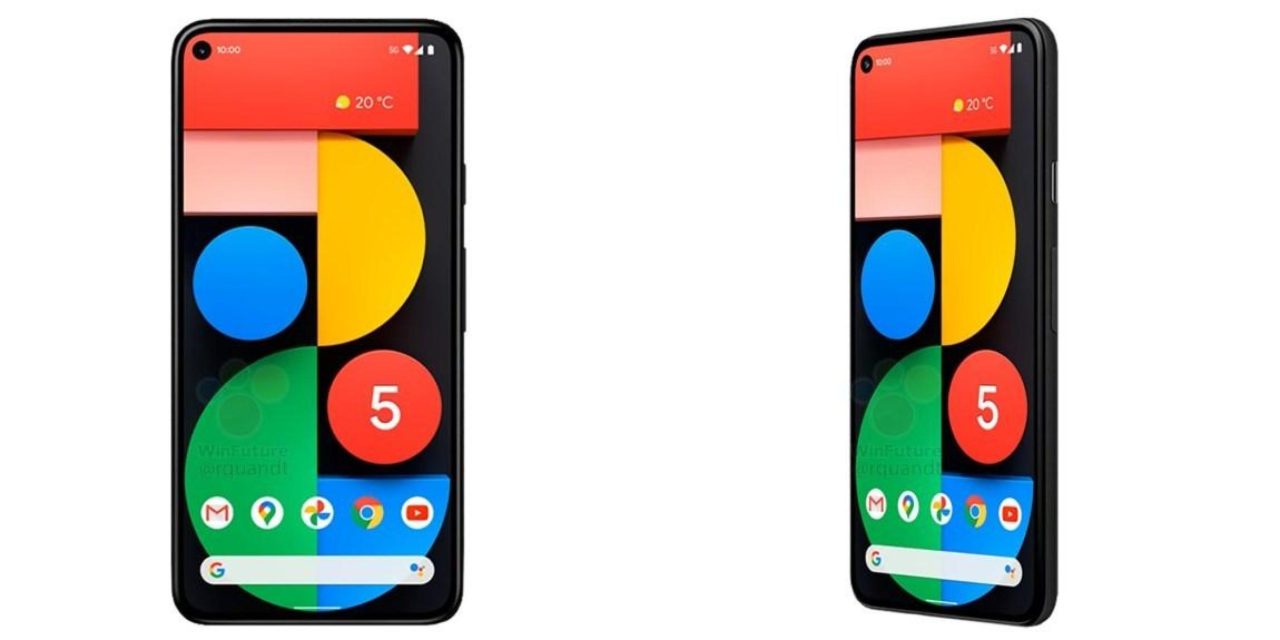 Many device specifications have previously already leaked, but WinFuture today provides additional confirmation and fills out other details. For example, the 6-inch 90Hz display has a 432PPI with 19.5:9 aspect ratio and is protected by Gorilla Glass 6, which is a one-generation upgrade from the Pixel 4. This renders leak also shows how the Pixel 5 has a pretty narrow bottom bezel.

According to this report, the “housing” — unclear what specific component is referenced — of the phone is made of 100% recycled aluminum and there is IP68 water/dust resistance. There is a 4,080mAh battery that supports wireless charging with a reverse-power capability for accessories.

We get additional confirmation that the Pixel 5 is powered by the Snapdragon 765G with 8GB of RAM and 128GB of storage, but WinFuture only cites Sub-6 5G radios. This makes sense given the European nature of this leak, with a model that supports mmWave presumably coming stateside.

In terms of colors, we see the black model that Google has officially teased. The lock button looks metallic and is black, with no splash of color. Retailers yesterday confirmed a green variant is coming.

Thanks to this renders leak, we also see the Pixel 5’s advertising-focused wallpaper: Blocks and shapes are used to form “5G,” while there is the numeral “5.” The Pixel Launcher’s At A Glance widget in this image oddly drops the date and just shows the weather. This could be a leak prevention measure as what appears there is usually the launch day/date.