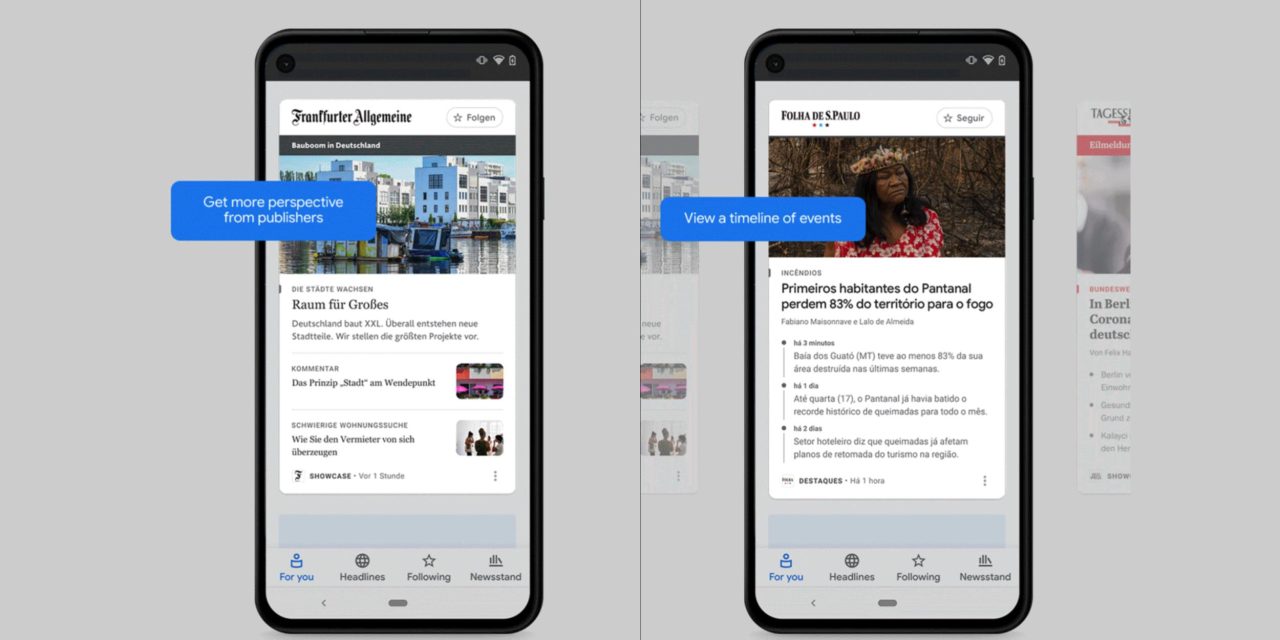 Back in June, Google announced that it would license content from news publishers for a new feature that would appear across its products. The company today unveiled “Google News Showcase” and a $1 billion investment.

These panels give participating publishers the ability to package the stories that appear within Google’s news products, providing deeper storytelling and more context through features like timelines, bullets, and related articles. Other components like video, audio, and daily briefings will come next.

They are first rolling out to Google News for Android, with iOS launching soon, and appear underneath your top stories briefing as a carousel. Each features the publisher’s branding in the top-left corner and a cover image. Timelines, bullet point summaries, and related articles can appear below.

It will come to Google Discover and Search “in the future.” They are rolling out today in Brazil and Germany, with other countries following over the next few months.

Google says News Showcase and story panels are meant to “give readers more insight on the stories that matter,” while providing publications with a more direct audience relationship that encourages clicks/views.

This approach is distinct from our other news products because it leans on the editorial choices individual publishers make about which stories to show readers and how to present them.

Google has partnered with “nearly 200 leading publications across Germany, Brazil, Argentina, Canada, the UK and Australia.”

The publications include award-winning national titles like Der Spiegel, Stern, Die Zeit, Folha de S.Paulo, Band and Infobae alongside regionally and locally significant publications such as El Litoral, GZH, WAZ and SooToday. The number of news publications will grow as we work to expand News Showcase to other countries including India, Belgium and the Netherlands.