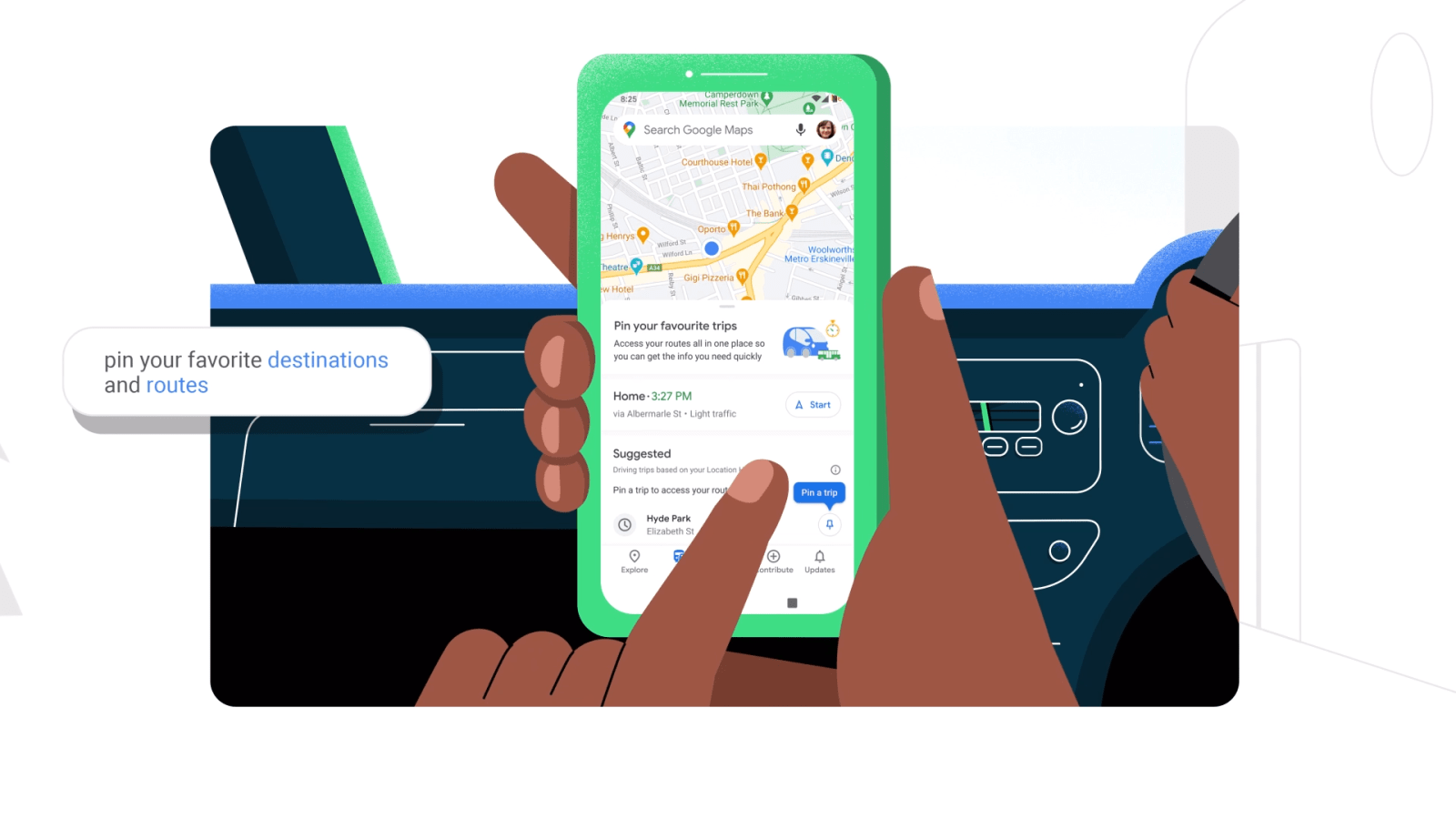 Google launched a big Maps redesign in February and just this week introduced a new Community feed. Google Maps is now getting a simple but very useful “Go” tab on Android and iOS.

The new Google Maps “Go” tab subsumes today’s “Commute” section and significantly expands the functionality. Slotting in between “Explore” and “Saved,” the bottom bar icon shows a subway/train and car. Tapping slides up a sheet, while the map view remains in the top half/background.

Google is making it easier to “navigate to frequently-visited places with just one tap.” Compared to what it’s replacing, users are able to save more locations than just home and work. It also cuts down on having to manually type or pan around.

Drivers can add their favorite destinations for constant access to an estimated time of arrival, live traffic trends, and warnings about route disruptions. Next to each saved place is a shortcut to “Start” navigation.

Meanwhile, public transit riders can pin specific routes to see departure and arrival times, as well as ETAs and any alerts from local agencies.

Multiple routes — using either mode — to a single destination can be pinned to “see which one will get you there most efficiently,” while Google will offer a list of suggested places to save based on your Location History. This new tab will start rolling out to Android and iOS in the coming weeks. Google today also announced: