Hands-on: ‘AAWireless’ aims to give your car wireless Android Auto and, impressively, it works 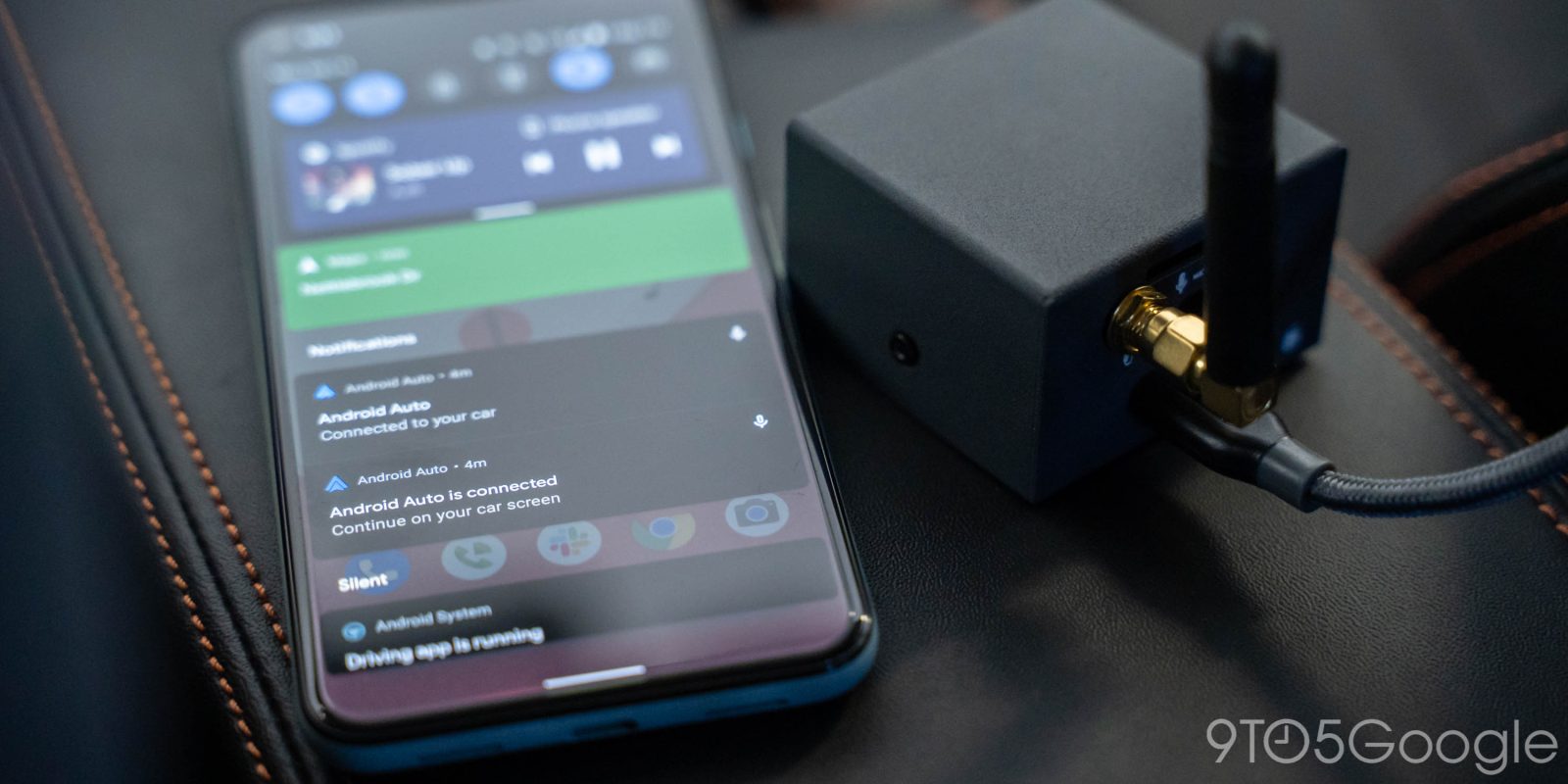 The promise of Android Auto Wireless is a simple one — bringing the same useful software to a car’s display but minus the cable. Unfortunately, the vast majority of cars sold with Android Auto lack wireless functionality without an easy way to add it. That’s where the incredibly clever “AAWireless” steps in.

In case you missed its announcement back in September, “AAWireless” is a crowd-funded dongle that plugs into the USB port on a car to bring the functionality of Android Auto from a nearby smartphone to the car itself. That ambitious promise led to the project being funded in just a couple of days. But… does it actually work?

Over the past few weeks, I’ve had the pleasure of using a pre-production, proof-of-concept version of AAWireless in my own car, and I’ve got to say, I’m impressed at how well all of this works even on this hardware that’s not even close to finalized.

AAWireless plugs into your car’s USB port, just like the phone normally would. In my Subaru Crosstrek with its stock infotainment system, things worked without a hitch. During the first setup, the device takes a few moments to turn on, then you pair with it over Bluetooth as you would a pair of wireless earbuds. From there, setup is just like a normal Android Auto experience.

Once everything is paired and set up for the first time, using AAWireless for Android Auto is a pretty seamless experience. When your car starts up, you’ll have to wait around 30-45 seconds for the dongle to boot, the phone to connect, and the Android Auto UI to take over on your car’s display. The developers tell me that, with the final hardware, that time will be even shorter. After booting up, Android Auto can handle Maps, Assistant, your favorite music apps, and phone calls/notifications with no fuss. It really feels no different from using the cable, it’s just entirely automatic in this case all while your phone remains in your pocket or purse.

The catch? In your case, there probably won’t be one. The version of AAWireless I’ve been using is using entirely off-the-shelf components and, as such, experienced a handful of quirks. I ran into occasional Bluetooth issues, including some pretty major audio delays while streaming music. On a couple of occasions, the Bluetooth connection was severed entirely, turning Android Auto off on my car but with my phone still thinking it was connected. Luckily, a quick reboot of the AAWireless dongle and toggling Bluetooth on my Pixel solved that problem. Those issues were far and few in between, though, with the experience for the most part being rock solid even on this far-from-finished hardware.

In its final form, AAWireless will have a companion app with some granular controls and troubleshooting steps to get things working in case your car/head unit has issues with the device. That app will also provide OTA updates to improve the experience further over time. And, of course, the final hardware will be nowhere near as bulky or ugly as this prototype. The developers are putting out regular updates on the development of that app and the $65 hardware on Indiegogo.

I’ll save more to say on AAWireless for when I get my hands on finalized hardware and software, but as it stands today, I can happily say that this concept works very well, and if you were tempted to pick it up but wary of the crowd-funded nature, you can safely invest in the product. It actually works. AAWireless is available on Indiegogo