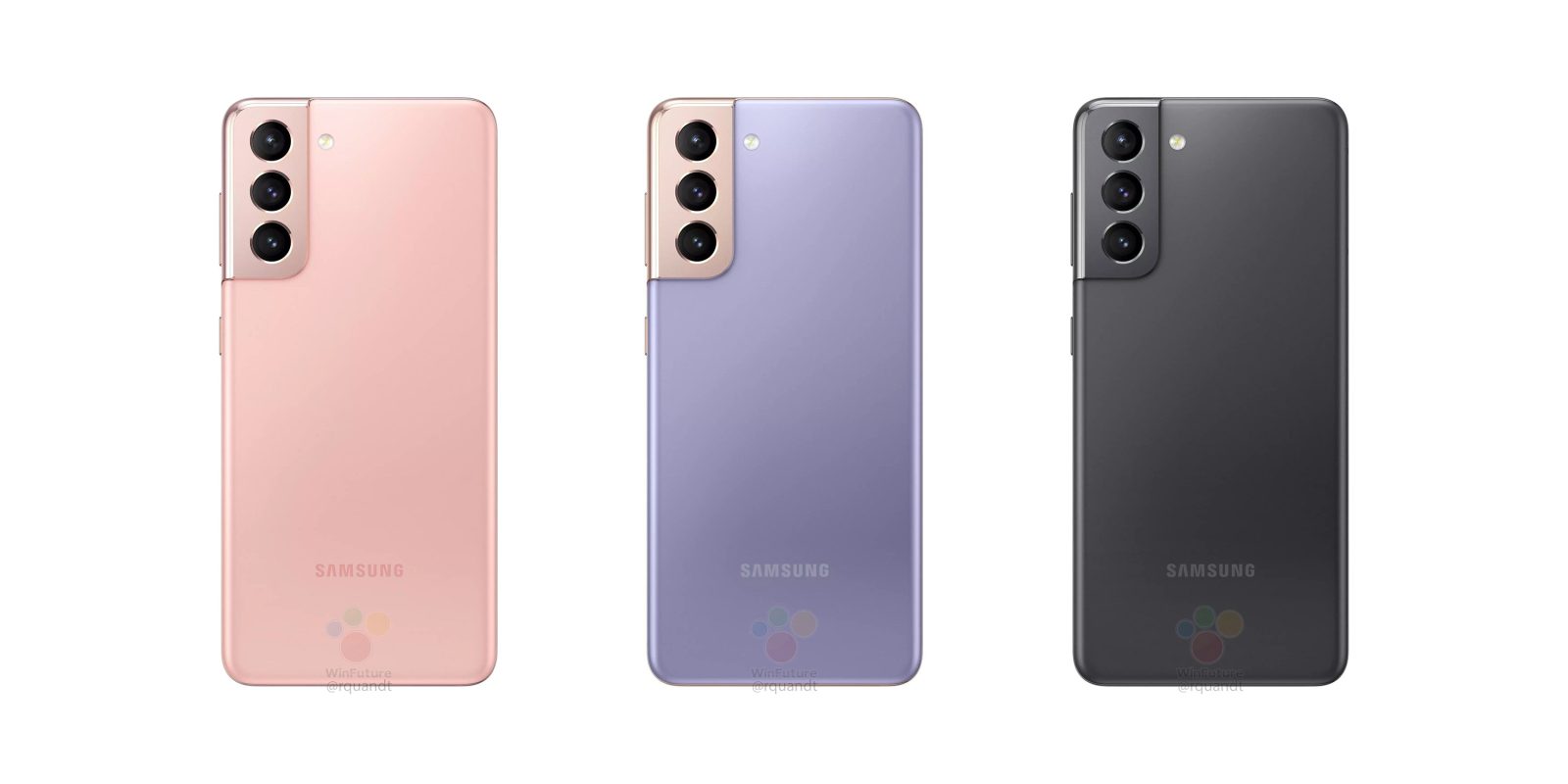 Samsung has yet to confirm the launch event officially, but at this point, we’re just a couple of weeks away from the debut of the Galaxy S21 series. As that January 14th reveal approaches, more leaks are coming out with the latest spec dump implying that the Galaxy S21 may lack a microSD card slot as we also get a good look at all of the colors.

WinFuture came out over the Christmas holiday with another huge leak that detailed the Galaxy S21 and Galaxy S21+ in full. The leak confirmed display sizes, camera specs, battery details, and more specs we’ve seen previously. In this leak, though, we get a couple of new details as well.

For one, this leak shows that the Galaxy S21+ will support the ultra wideband (UWB) radio that was found in Note 20 Ultra and Galaxy Z Fold 2, but the base Galaxy S21 won’t.

This leak also notably lacks any mention of microSD support on a Galaxy S21 device. While it’s entirely possible that this power user-favorite feature will be retained on the S21 family, it’s a bit odd that the materials these specs were pulled from would lack any mention of expandable memory whatsoever. This wouldn’t be the first time Samsung ditched the slot either, as the Galaxy S6 famously lacked microSD support before the company brought it back a year later in the S7. More notably, the Galaxy Note 10 and Note 20 both lacked support, as does the Galaxy Z Fold 2. With those recent omissions in mind, it seems entirely possible Samsung is saying goodbye to microSD on the Galaxy S21.

Finally, the other big news out of this leak is another clear look at every Galaxy S21 color variant. The renders obtained by WinFuture show off the gray, white, pink, and purple Galaxy S21 colors while showing the silver, black, and purple S21+ options. Personally, that “Phantom Purple” colorway is my favorite by far.

Notably, though, we did see these colors in a previous leak too.

All of that got you excited to pick up a Galaxy S21? Good news! Samsung has opened up pre-order reservations for the phone in the US. As with past devices, this program simply allows users the chance to guarantee they’ll get a pre-order for the phone as well as getting themselves a $60 credit to put towards accessories for the phone. If you reserve and then complete your pre-order through the Shop Samsung app, you’ll also earn an extra $10 on top of that. While reservations are open there, they don’t appear to be available on Samsung.com just yet.