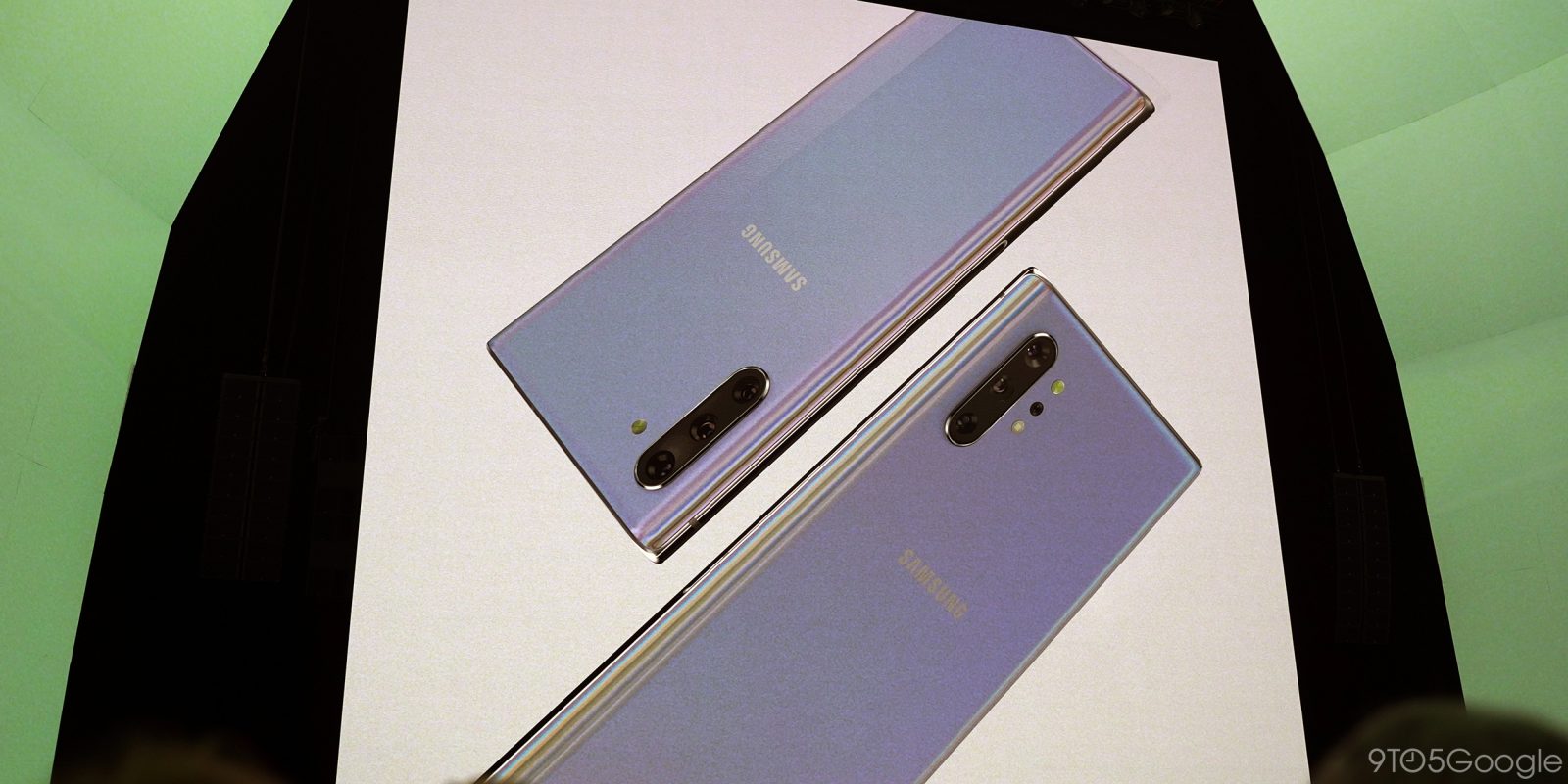 After a few months of leaks and rumors, Samsung today finally debuted the Galaxy Note 10 family at an event in New York City. For the first time ever, the Note line is getting two models, and it’s also losing the headphone jack for the first time on a Samsung flagship. Here’s what you need to know.

First and foremost, let’s talk about what’s radically different about the Galaxy Note 10. The biggest thing by far is that Samsung is giving this line two different models for the first time ever. Instead of just a single Galaxy Note 10, like the Note 9, there’s a Note 10 and a Note 10+.

There are a lot of things these devices share in common, such as the Snapdragon 855 processor, Android Pie with Samsung’s One UI, and a 10 MP front-facing camera within the centered punch-hole display cutout. That cutout is also smaller than it was on the Galaxy S10.

On the back, the three main cameras are also the same with 12 MP primary lens with three aperture stops at f/1.5 and f/2.4 There’s also a 16 MP wide-angle camera and 12 MP telephoto lens. The Note 10+ also adds a ToF sensor to the mix. There’s also a video editor available on the Note 10 and Night Mode which now works on the front-facing camera. 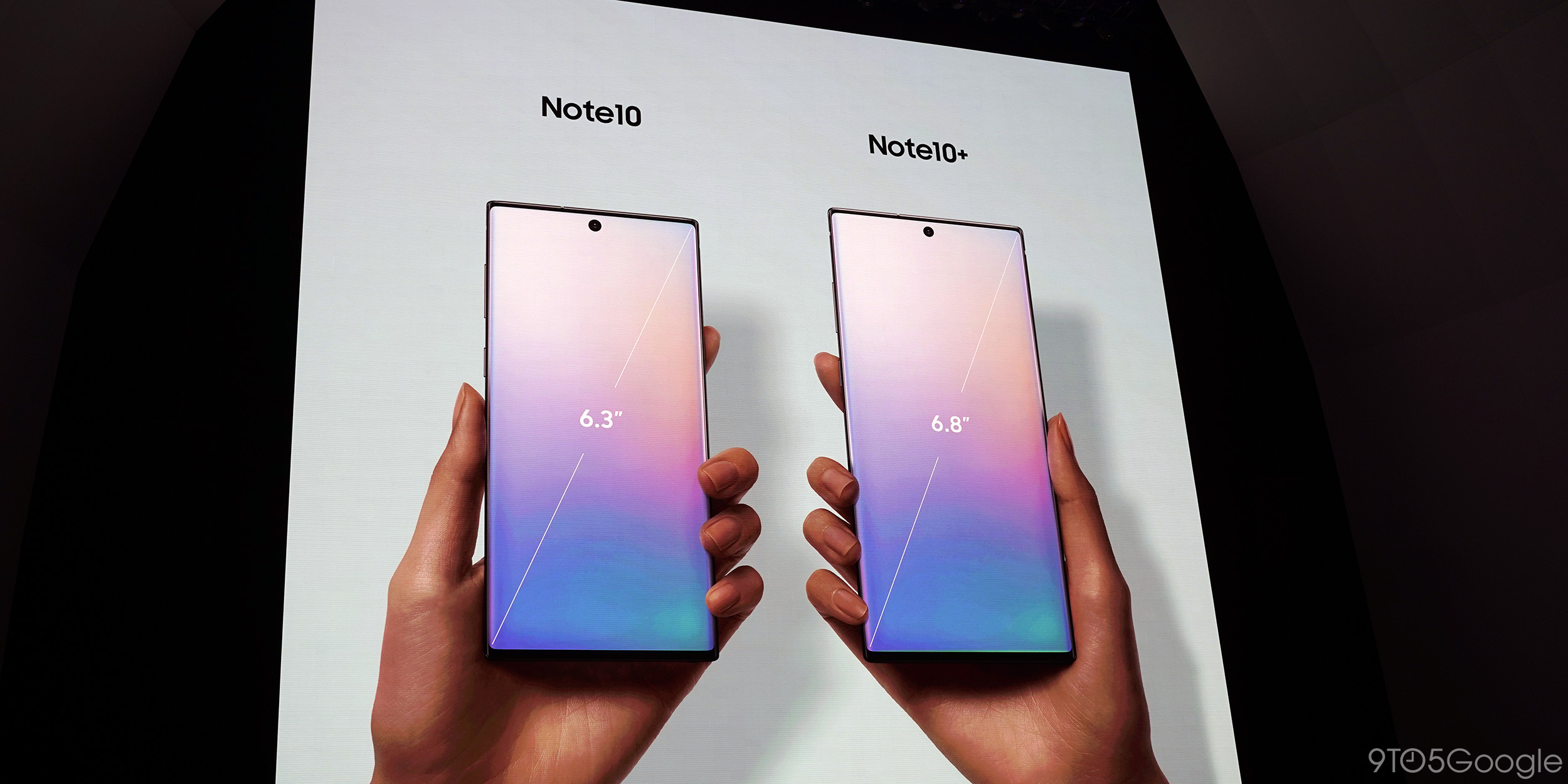 Samsung has also retained some of the same huge storage and RAM allotments on the Galaxy Note 10 family. The standard Note 10 has 8GB of RAM and 256GB of storage, with the Note 10+ topping out with 12GB of RAM and either 256GB or 512GB of storage. Only the larger Note 10+ gets a microSD slot, and it supports up to 1TB.

Battery sizes differ as well, with the Galaxy Note 10 having a 3,500 mAh battery and the Note 10+ with a 4,300 mAh battery. Samsung is also finally adopting USB-C Power Delivery for fast charging with 25W speeds coming from the included wall adapter. The Note 10+, though, can support 45W charging. Wireless charging also got an upgrade with up to 12W on the Note 10 and 20W on the Note 10+. 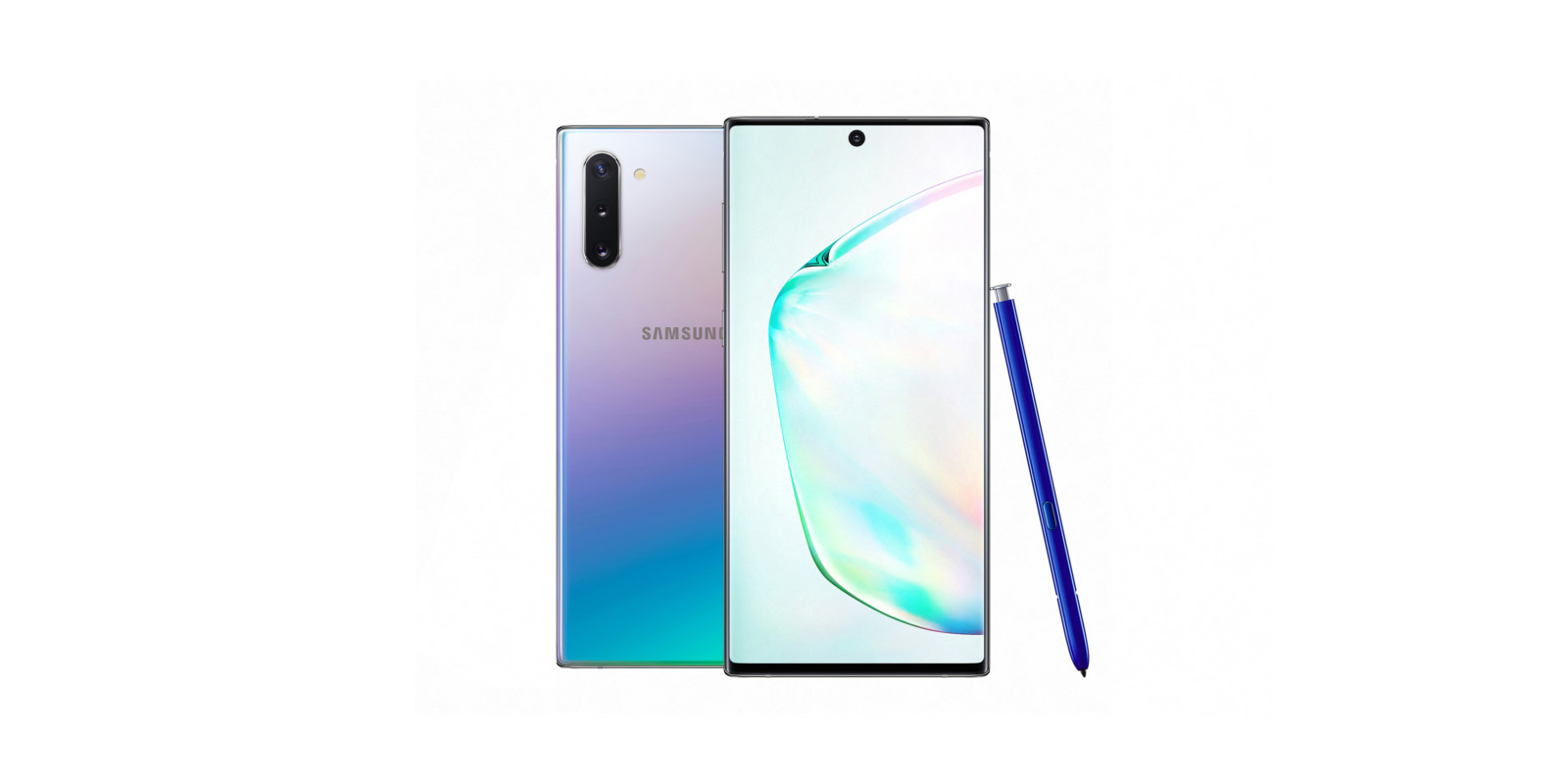 The Note’s signature S-Pen has also been given an upgrade on the Galaxy Note 10, with Samsung introducing a feature called “Air Gestures. The feature can control certain aspects of navigating the Note 10’s interface with motion tracking. This is enabled by an 6-axis accelerometer within the stylus. Developers will also have APIs available to take advantage of that functionality. YouTube, for example, supports motion controls for volume, media controls, and more.

The big story with the Galaxy Note 9 was that it started at $999, a dollar short of a grand. With this newer model, Samsung is slightly stepping back from that by asking $949 for the Note 10. That quickly steps up to $1,099 for the Galaxy Note 10+, though. Preorders start tomorrow on Samsung’s website and will kick off soon with other retailers and carriers. Shipments start August 23rd.

The Note 10 comes in Aura Glow, Aura White, Aura Blue, Aura Pink, and Aura Red, with the red option only on the smaller Note 10 and not the Note 10+. The pink and red colors won’t be available in the US, and blue will be exclusive to Best Buy at a later date.