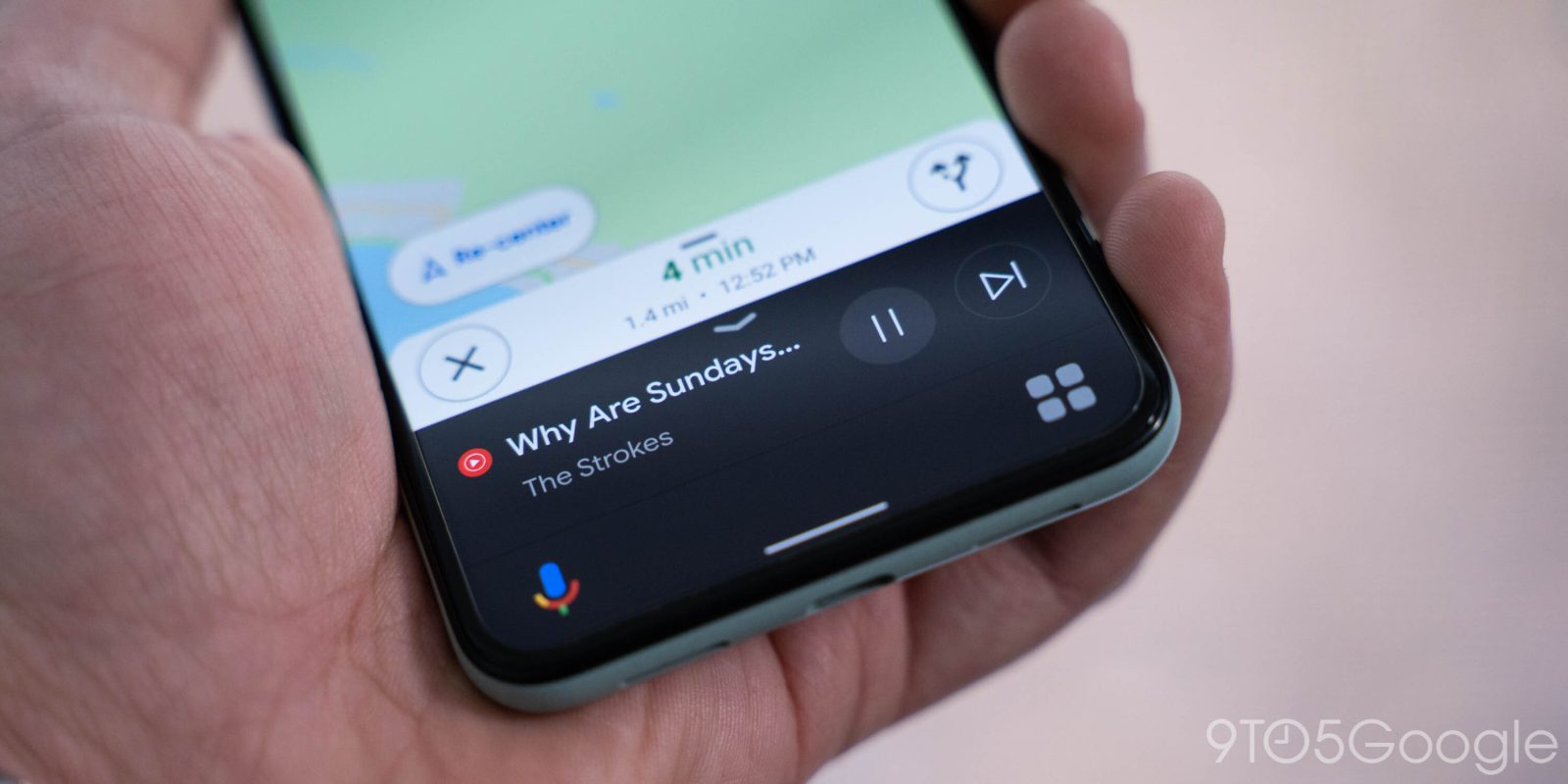 Back in November, Google announced an “early preview” of Assistant Driving Mode in the US. It has officially been “rolling out” since late last year, but most users have yet to receive it. The company today reiterated that the preview is coming.

Intended to replace the Android Auto app on phones, the preview of Driving Mode available today resides in Google Maps. The navigation experience is unchanged from before, but there’s now a dark gray bar at the bottom of your screen.

A microphone icon appears at the left, while tapping the other side opens a launcher. Your last used app appears at the center. This is usually occupied by an audio application or the Maps icon when you’re not actively viewing navigation.

Tapping opens media controls to play/pause and skip tracks, while another click opens fullscreen controls. There’s a shortcut to “Browse” where you get a grid of recent listens or suggested playlists. Meanwhile, the launcher shows apps compatible with Android Auto using a new grid-heavy interface. You also have shortcuts to access fullscreen pages for “Calls” and “Messages” that show frequent contacts and recent conversations.

Over the past few weeks, some Android users in the US have received Driving Mode. Others have not — out of three accounts/devices we checked this afternoon, only one has it enabled. The Android and Google Maps Twitter accounts just today reiterated that it’s coming.

To check whether it’s available on your phone, visit Google Assistant settings > Getting around > Driving mode. If so, there are two ways to launch. The first is by tapping “Start” when viewing a place in Google Maps, while the second involves saying, “Hey Google, launch driving mode” and then selecting a destination. After that, the dark gray bar should appear at the bottom of your screen.

If you don’t have the settings page for Driving mode, it’s not yet available for you.