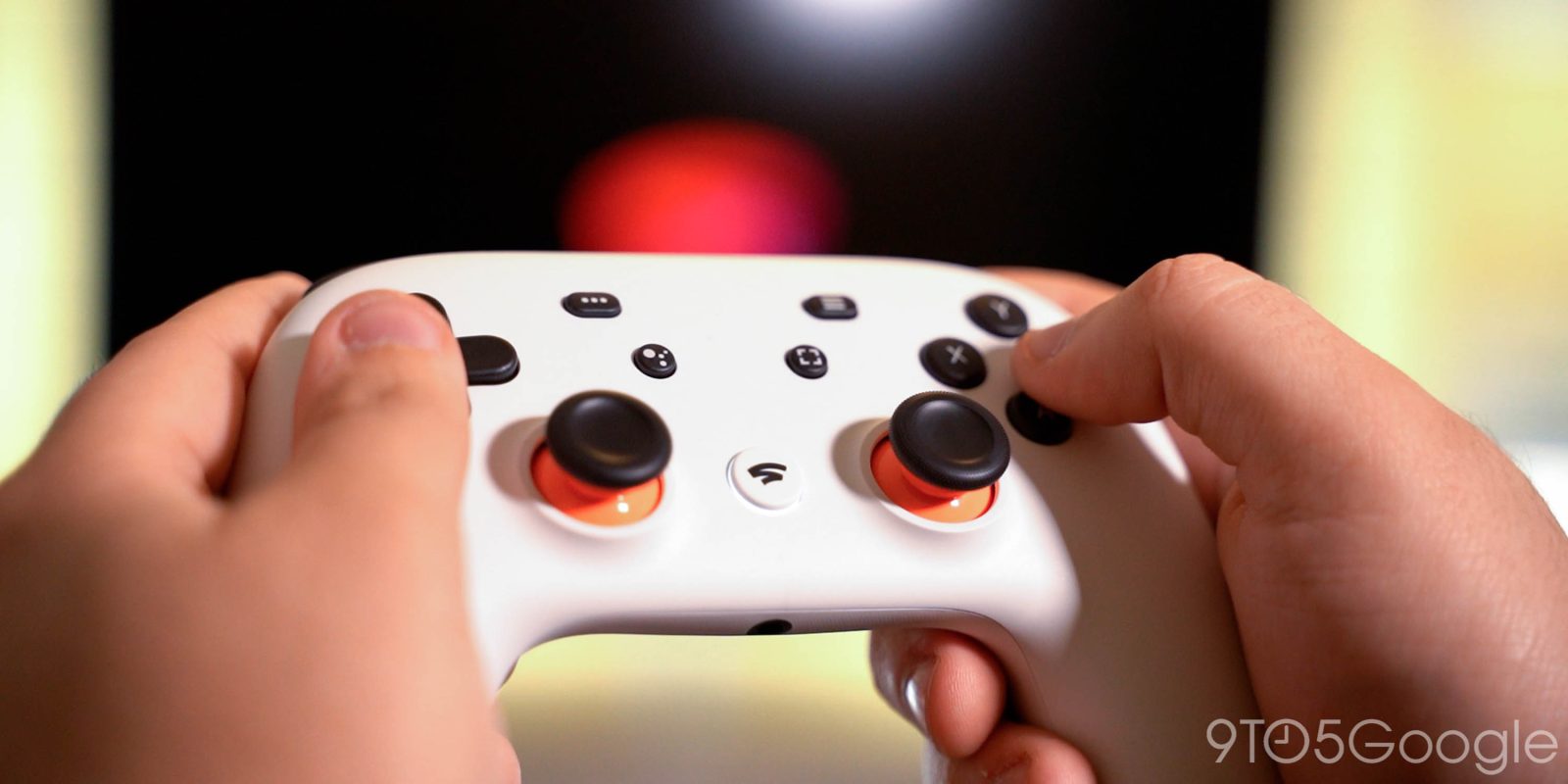 The latest update to the Google Stadia app for Android, version 2.52, includes a teaser for a mysterious “Project Hailstorm,” a new way to play games from the couch with friends or family, a full revamp of the Explore tab, and more.

Stadia games that offer local multiplayer, such as Samurai Shodown, allow the main player to connect extra controllers that act as guests. Currently there isn’t a way to join a game locally as player 2 with your actual Stadia account, meaning you can’t earn achievements or save progress.

With Stadia 2.52, available via the Play Store as of this evening, the app has gained a variety of new texts and pieces of code all suggesting that Stadia’s local multiplayer may soon be getting a revamp.

More directly, one bit of text prompts you to go to a particular part of the Stadia website in order to “join the game.” While vague on its own, the link it directs you to contains the word “couch,” suggesting local (couch) multiplayer.

Join the game by going to stadia.com/couch and signing in to Stadia. When prompted, enter the code below.

We’re not sure whether the “code” mentioned is used to pair your controller or to connect your profile to the game being played.

Another interesting detail is that the above text seems like the sort of thing that would be displayed on a television, not a smartphone. It’s possible, but not guaranteed, that this text is a sign of progress for Stadia’s upcoming Android TV app, due later this year.

Since launch, the Explore tab has been one of the most disappointing portions of the Stadia app for Android. In the last year, Google has made no changes to the tab, leaving the page with its basic collection of social media links and introductory YouTube videos.

With Stadia 2.52, we’ve found signs of a complete makeover of the Explore tab. While we can’t be sure what the new design will look like, there are quite a few texts pointing to what sorts of things will be on the new Explore tab.

From this collection of clues, we’re thinking the Explore tab will feature a mixture of Stadia Community Blog posts, popular clips & screenshots, people you may want to add as friends or start a party with, and more.

Stadia, and cloud gaming in general, needs a solid, high-speed connection to play well. At a bare minimum, to play at 720p, you need to have a 10Mbps internet connection. That being the case, one bit of text added to the Stadia app strikes us as exceedingly odd.

Support for 56k modems is experimental and may affect gameplay quality.

The “56k modems” here refers to the fastest dial-up internet connection available, capable of a whopping 56kbps. Considering this is nearly 200 times slower than the minimum 10Mbps connection speed needed for Stadia, we’re not 100% sure what this is about.

Our current guess is that this is early preparation for Google Stadia’s April Fools Day gag. Considering Google elected not to do any April Fools pranks in 2020, this would be the first year that Stadia could join in the hijinks.

Lastly, the most interesting addition we’ve discovered in this update to the Stadia app is a pair of texts referring to a “Project Hailstorm.”

A Hailstorm is coming soon.

Despite a thorough dig through the app, we were unable to find any further clues to what precisely Project Hailstorm is. Given the almost ominous nature of the texts, we imagine this could be a major development from Stadia, but it’s impossible to guess what it could be.

Let us know in the comments what you think Project Hailstorm might be.