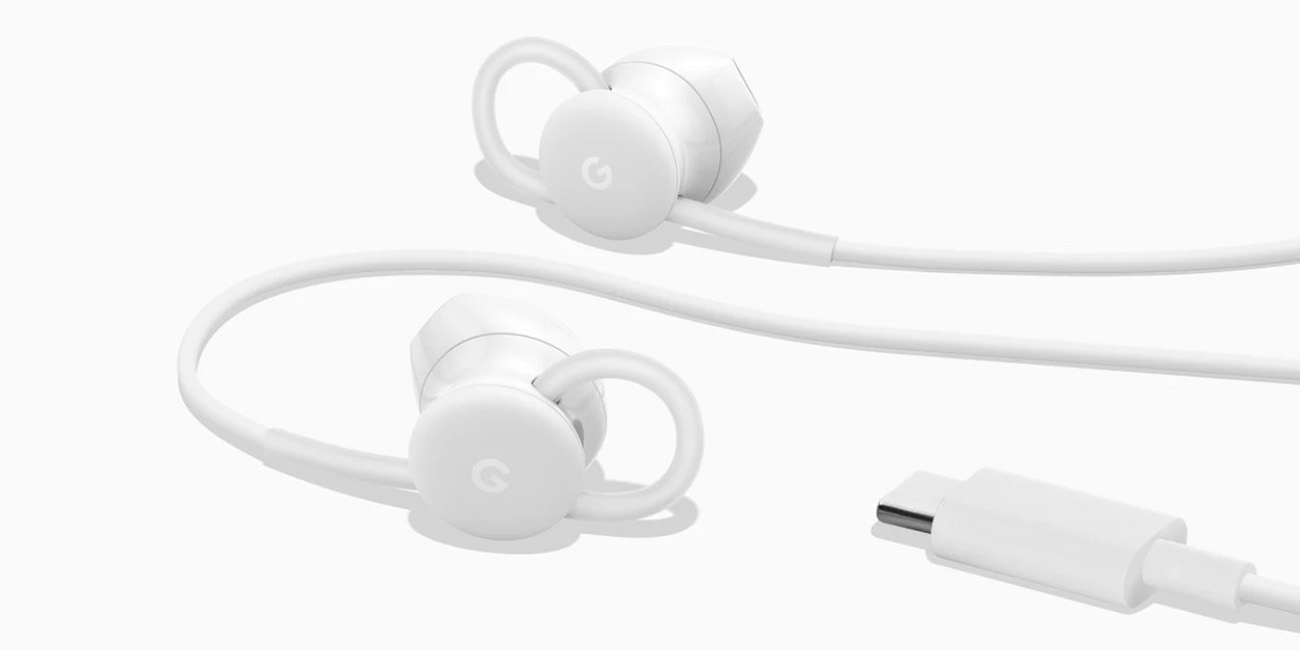 With the launch of the Pixel 3 and Pixel 3 XL in 2018, Made by Google also released a pair of USB-C earbuds for $29.99. After two years on sale, the Pixel USB-C earbuds are no longer available for purchase from the Google Store.

Update: Google reached out this evening to explain that the Pixel USB-C earbuds are still in stock and that the listing was not properly loading earlier in the day — users were redirected to the Google Store homepage upon visiting. Orders placed today arrive next week.

The Pixel USB-C earbuds are largely based off the original Bluetooth Pixel Buds introduced in 2017. Design-wise, it’s defined by round flat surfaces that feature the Google “G” logo and adjustable hooks. The part that resides in your ear is made of plastic with “L” and “R” imprinted on the surface.

Controls are located on a pill-shaped remote farther down the wire. The standard buttons double in function with holding down on the volume up key reading back your latest notifications, while the black (play/pause) button turns on the microphone for Assistant commands.

Besides offering first-party wired headphones following the removal of the 3.5mm audio jack a year earlier, Assistant is a key aspect of the Pixel USB-C earbuds. Google first notes the time before reading back alerts in your status bar. Another touted capability was real-time translations.

The Pixel USB-C earbuds came with the Pixel 3 and Pixel 3 XL, but they have not been included (worldwide) in the box of subsequent phones. As of today, the wired headphones have been removed from the Google Store, though they are still available from some carriers.

This discontinuation does come as Google last year added the Assistant’s spoken notification feature to all wired headphones. That experience can be set up in the Google app after plugging in (Bluetooth devices excluded), and somewhat obviates the need for Made by Google to sell a dedicated pair. Meanwhile, the company has found relative success with the truly wireless second-gen Pixel Buds announced in 2019 and launched last year.