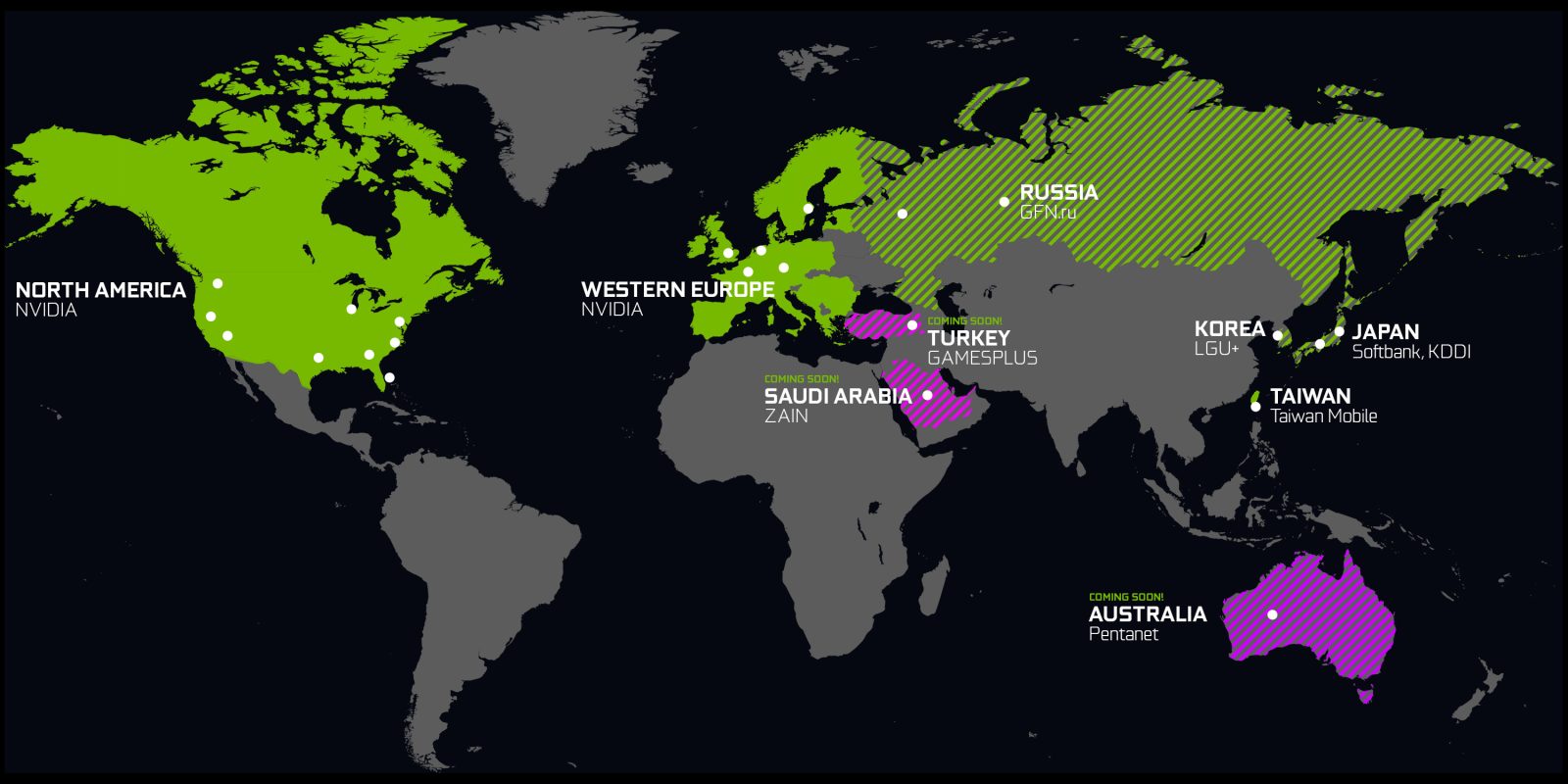 2020 was a huge year for cloud gaming as Google Stadia fell into its own, Amazon Luna launched in early access, and Microsoft xCloud opened to the public. Through all of that, Nvidia GeForce Now has also been working on expansions, and today, the platform has a big reveal. GeForce Now is heading to Australia later this year in its latest country expansion.

Throughout most cloud gaming platforms to date, Australia has been left out of the fun for the most part. Google doesn’t support the continent for Stadia and Microsoft just expanded xCloud to Australia in November 2020. The launch of GeForce Now in Australia is no small matter and comes alongside the service’s expansion to Turkey and Saudi Arabia as well. Nvidia couldn’t offer a timeline beyond “later this year.”

This latest expansion comes at the hand of the “GeForce Now Alliance,” a group of Nvidia’s creation that works with telecom agencies around the world to help push cloud gaming forward. In these new regions, the GFN Alliance partners with Pentanet (Australia), Turkcell (Turkey), and Zain KSA (Saudi Arabia).

By placing NVIDIA RTX Servers on the edge, GeForce NOW Alliance partners deliver even lower latency
gaming experiences. And this gives partners an opportunity to show the value of their broadband and
5G infrastructure to customers.