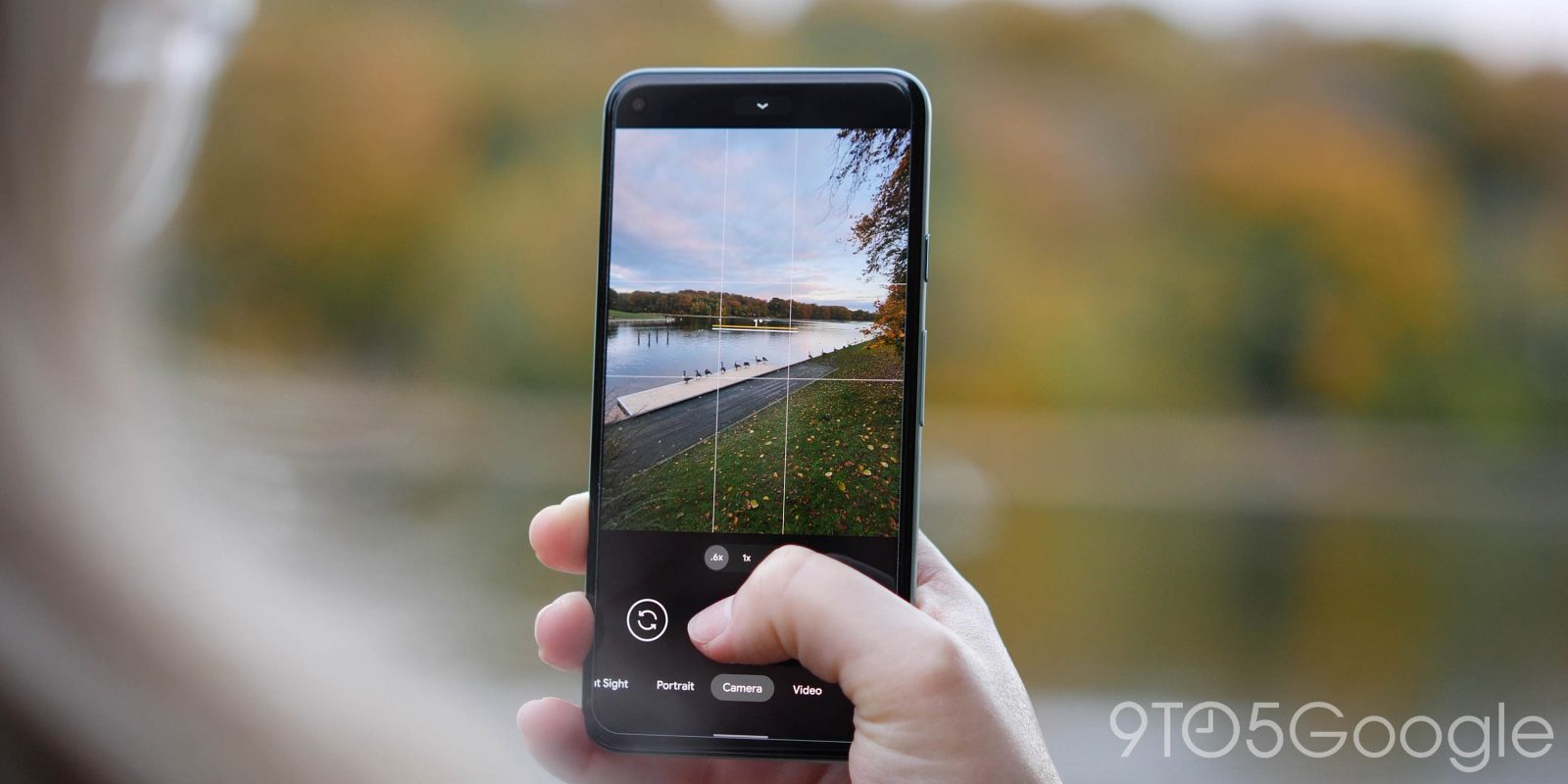 The Pixel 5 and 4a 5G launched with a redesigned Camera app that later made its way to other phones. One of the Pixel UI tweaks to Google Camera 8.0 is a new way to access full zoom controls outside of the preset increments.

Above the shutter button is a pill with .6x (4a 5G/5 only), 1x, and 2x increments for quickly zooming in/out. It’s more convenient than pinch-to-zoom, which requires holding the phone in one hand while using the other to make the gesture. An alternative is using the volume rocker for zoom controls, but most prefer using that as a physical shutter button.

Google Camera 8.0 and 8.1 (current release) quietly introduced another way to zoom on the Pixel. Holding down on .6/1/2x will open the full slider and let you drag to the precise increment. Users don’t have to keep their finger on the screen as the bar remains on screen for a few seconds. In fact, the initial drag is much slower than all succeeding adjustments. Once you’re done adjusting, the “2x” preset changes to whatever increment you landed on, while you can quickly zoom back out.

The new method for all phones comes as Google does not let you double-tap the Pixel 4a 5G and 5 viewfinder to zoom. That was the previous way to immediately bring up the slider, and remains an option on older devices running version 8+.

This zoom feature in Google Camera is somewhat hidden as most Pixel owners will not think to press down on the pill. Meanwhile, there is some weirdness given how the slider is absolute. For example, pressing down on 1x at the center of the screen will see the circular slider picker appear to the left of your finger. It’s not one-to-one with where you touch.