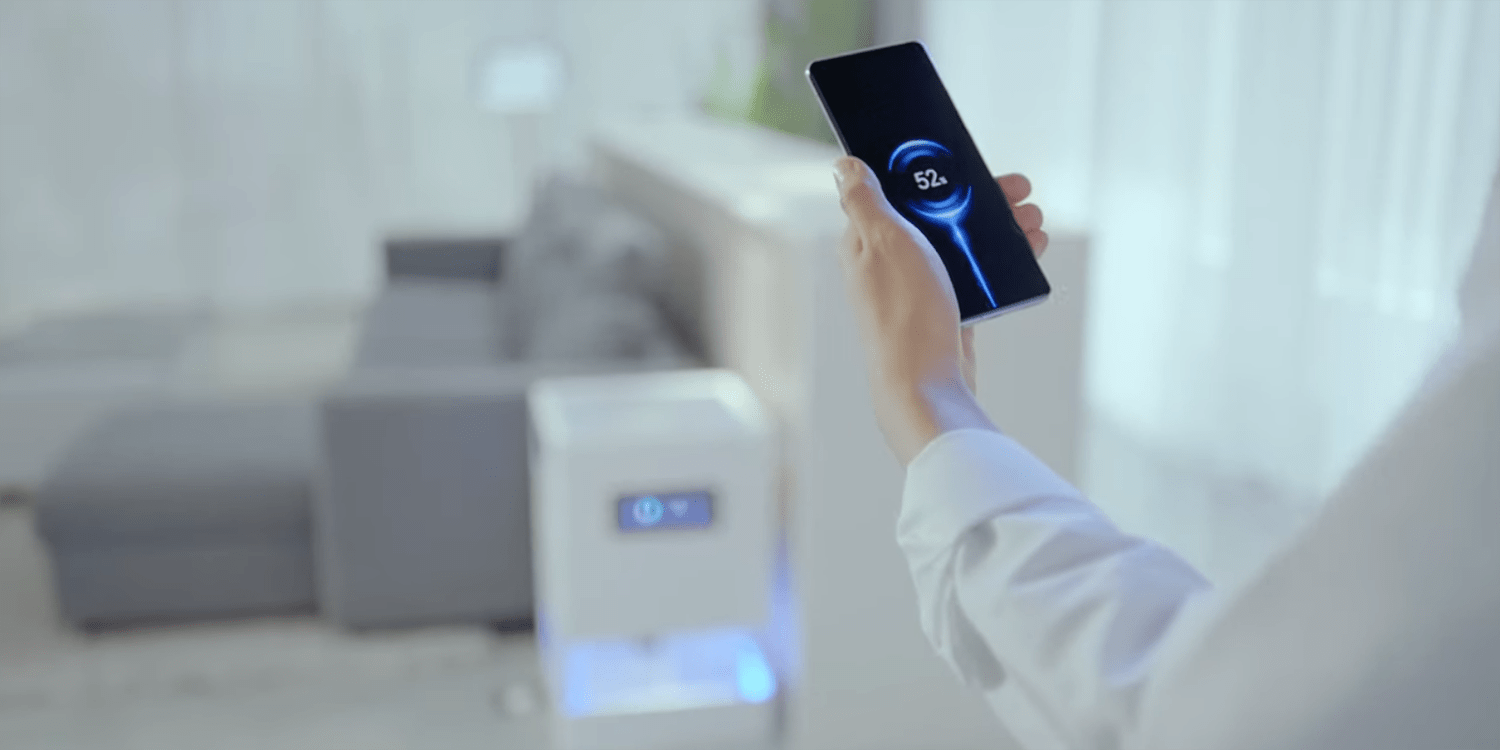 Wireless charging is more popular than ever right now, and that’s got more companies looking into ways to improve the tech. Xiaomi today announced its “Mi Air Charge” tech which, somehow, manages to charge your phone and other devices from a long distance.

Looking like something right out of the future, Xiaomi Mi Air Charge can charge “multiple” devices from up to a few meters away at up to 5W. Xiaomi claims that having furniture and other obstacles in the way doesn’t affect charging speeds.

So… how does this work? Xiaomi explains that charging is done via “a phase control array composed of 144 antennas transmits millimeter-wide waves directly to the phone through beamforming” from the large charging base. That base appears to be roughly the size of a side table you’d have in your living room. The company further explains:

The core technology of Xiaomi’s remote charging lies in space positioning and energy transmission. Xiaomi’s self-developed isolated charging pile has five phase interference antennas built in, which can accurately detect the location of the smartphone. A phase control array composed of 144 antennas transmits millimeter-wide waves directly to the phone through beamforming.

The idea behind this tech is great, but it’s never really made an impact despite other brands trying to bring it to paying customers. In Xiaomi’s case, no timeline for release is on the table yet, and speaking to the Verge, a representative directly confirmed that no devices will feature the tech in 2021.