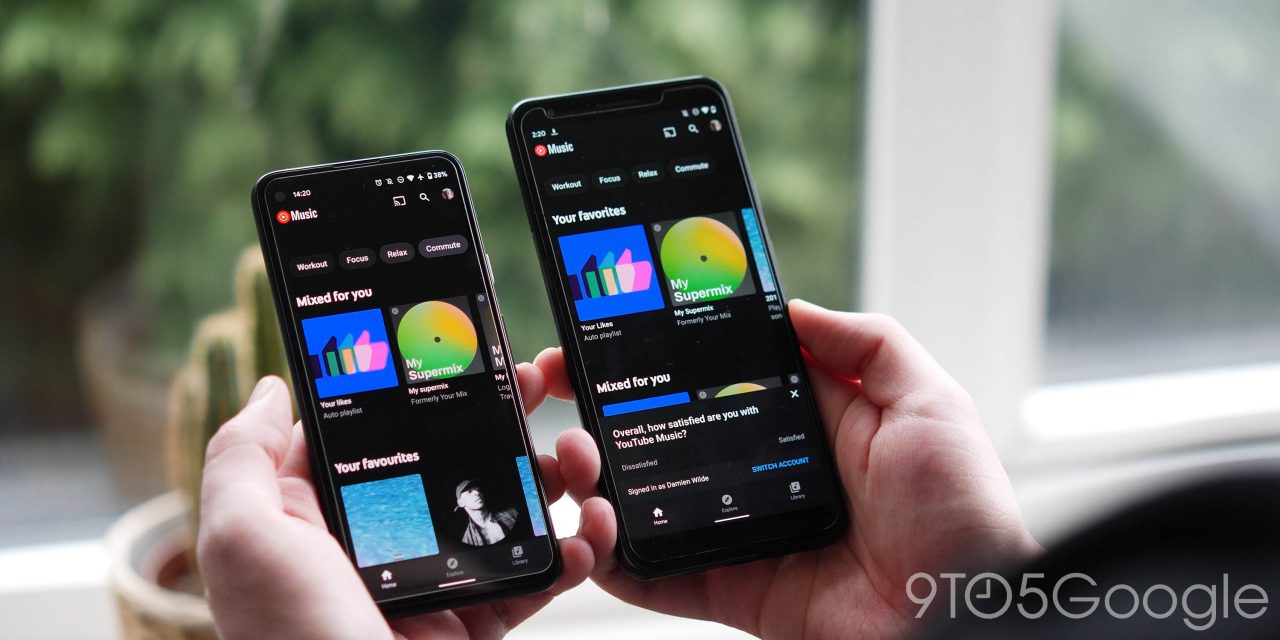 Since the last redesign, which is still not available on iOS, tapping album artwork reveals common actions. At launch, you could quickly share, download for offline playback, and add to playlist. Google is now introducing “Start radio.”

After tapping, a “Starting radio” toast message appears at the bottom as your “Up Next” queue gets regenerated. Previously, this required users to open the overflow menu in the top-right corner of the screen. The option is still the first item in the menu, but YouTube Music would benefit from simplifying that long list of actions. You can additionally long press on any song outside of the player to start a station.

This quicker access to start radio has been in testing for several weeks, but it’s now widely rolled out for YouTube Music on Android via a server-side update. Close your current song and the app if it’s not yet available on your device.