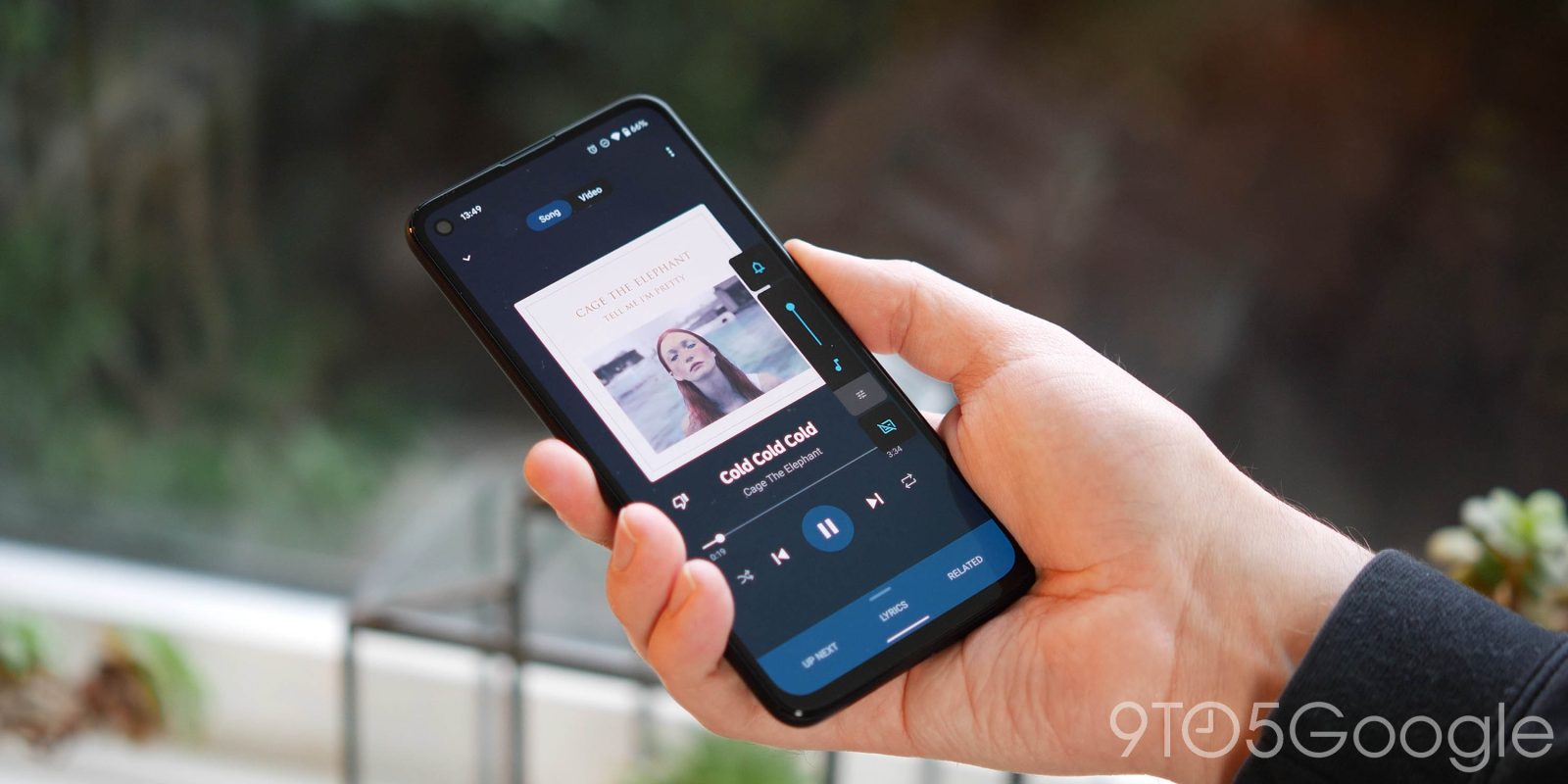 The general layout of YouTube Music has remained largely the same since its 2018 relaunch, but a small change online and on Android sees Google tweak the background theme.

Unlike other Google apps, YouTube Music started off with a dark theme and doesn’t have a light counterpart. This night-friendly appearance primarily makes use of a black background, but a lighter gray is also leveraged. This includes the three bottom tabs, mini-player, and app bar.

That latter element is now also black, with the Android status bar following as a result. This is particularly evident in the Library tab, and serves to visually distinguish the gray “Recent activity” carousel from the list underneath.

Meanwhile, this results in the Explore tab, as well as search and album/playlist pages, blending in at the top of the screen with the system UI. It’s a small tweak that makes for a very unified and consistent experience.

As noticed on Reddit, this change occurred sometime in the past few days following a server-side update. It was not yet live in December, while the refreshed look is also available on the web client.

Some have speculated that this could be a precursor to YouTube Music getting a light theme that lets the client better conform and match every other first-party app. This change makes it easier to invert the interface.