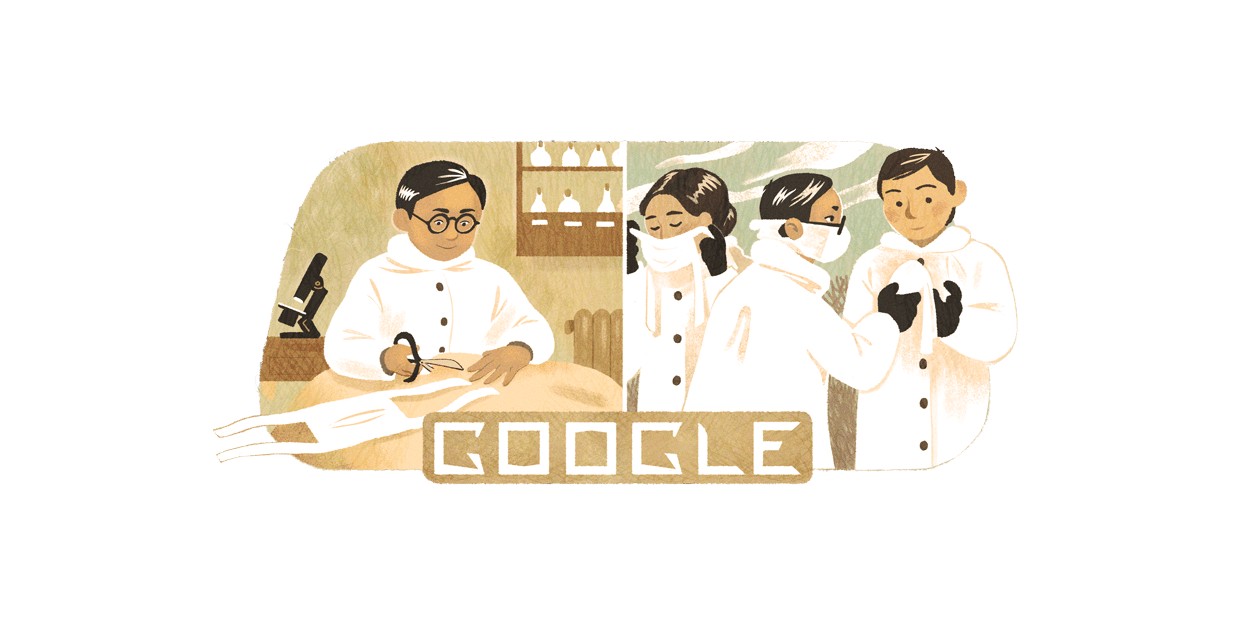 Google is honoring Dr. Wu Lien-teh — inventor of the surgical mask that helped stop the Manchurian plague of 1911 — with a homepage Doodle.

Dr. Wu Lien-teh was born on March 10, 1879, in Penang, Malaya — now a Malaysian state — to Chinese immigrants. Wu was awarded the “Queen’s Scholarship,” a special scholarship program set up within the British territories of Malaya, and went on to be the first student of Chinese descent earn his Doctorate of Medicine from Cambridge University.

At the time, Dr. Wu Lien-teh found himself unable to achieve a high-level position in Malaya’s medical system, as British colonies only allowed British nationals to hold the highest medical offices. Ultimately, he made the decision to work for the Chinese government’s Army National College, becoming its vice director in 1908.

Toward the end of 1910, Dr. Wu Lien-teh received orders to investigate a disease that was cropping up in Harbin which had a 99.9% fatality rate for those who caught it. After performing an autopsy on one of the victims — a practice not typically accepted in China at the time — Wu discovered that this plague was being spread through the air.

Having seen Western physicians use simple surgical masks to protect themselves from airborne particles, Dr. Wu Lien-teh supplemented this mask design with layers of cotton and gauze, creating a simple filter for the air you’re breathing. It’s said that the N95 mask trusted worldwide today is a direct descendant of Wu’s invention. Between masking efforts and sanitization requirements, Dr. Wu Lien-teh and his team were able to end the disease, known historically as the Manchurian plague, within months.

Over on the Doodle Blog, Google spoke with Dr. Wu Lien-teh’s great-granddaughter, Dr. Shan Woo Liu, M.D., S.D., who shared about how she is relating to her ancestor’s accomplishments more than ever before in this ongoing pandemic.

A year ago, I was terrified by how little we knew about the coronavirus. Even now, I struggle to imagine how my great-grandfather must have felt as he cared for patients who had contracted the plague. But I also feel closer to him than ever as I urge my patients to practice social distancing and to wear a mask — the very techniques he pioneered as he rescued China, and possibly the world, from a scourge. Wu Lien-teh remains as much of a hero now as he was then.

This is far from the first time that Google has shared a Doodle encouraging safe practices during the COVID-19 pandemic. Over the last year, Google’s Doodles have showed how best to wash your hands, advised everyone to stay home, thanked essential workers, and encouraged mask wearing and social distancing.