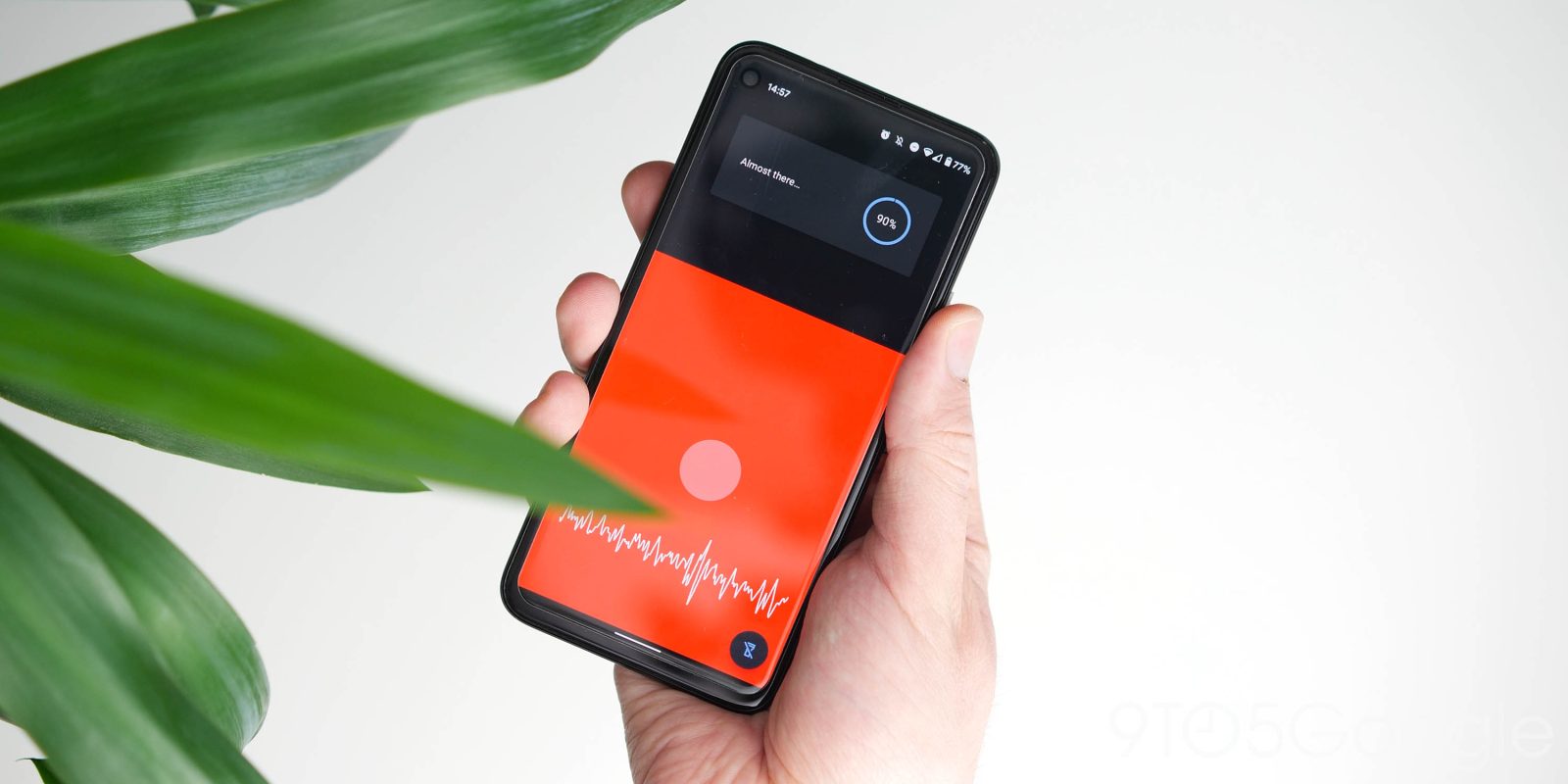 Google Fit has leveled up as part of the March Pixel Feature Drop with some actually useful health tracking tools, including the ability to measure your heart rate and respiratory rate right from within the app.

Being able to measure heart rate on your smartphone is nothing new. It’s a feature that has been possible with third-party apps for a long time already or even with a Bluetooth-connected smart band/smartwatch. Respiratory rate is another notable addition, as Google Fit is able to give a fairly solid estimate of your breathing rate without needing any extra accessories or hardware.

Obviously, any heart or respiratory rate data obtained when using Google Fit cannot be declared 100% accurate, but it is a neat way to keep an eye on your vital statistics on daily basis. Not needing to buy any extras is a big bonus.

If you’ve been living under a rock for a few weeks or simply don’t care enough to have done some pre-research, the latest Google Fit update announced alongside the March Pixel Feature Drop adds a few new things that mean that extra hardware is not necessarily a requirement.

You don’t need to have something like a Fitbit or smart band to get your heart rate data nor your respiratory rate. You can use the existing sensors on your Google Pixel to get a quick, ballpark reading of your current health stats.

Respiratory rate is, in basic terms, your breathing rate or how many breaths per minute you take. It’s a tough metric to measure in most cases, which makes the inclusion within Google Fit one that might prove popular. Heart rate is very self-explanatory and is just your current heartbeats per minute.

When you’ve managed to update the Google Fit app on your Pixel to version 2.51.19-130, you should get the option within your main feed to “Check your heart rate” or “Track your respiratory rate”. There are some advisory notices on how certain pre-existing conditions such as dehydration and physical activity will affect the readings.

Checking your heart rate is as simple as placing your finger over the rear camera and waiting a few moments. Then when you have a reading, it can be saved to your Google Fit account so that you can check back on historical heart rate measurements and readings. The process is pretty simple, with the on-screen guides correcting you if you place your index finger in the wrong place. I found this easier on the Pixel 4a, which only has one lens to actively cover, but you may see a “Couldn’t get a stable reading message” if you try in a poorly lit environment.

It’ll take around 20-30 seconds to detect light changes in your fingertip itself, and sometimes it might need to use your LED flash if Fit encounters a problem. Alternatively, you can just activate the flash right away, but we’re not sure how this affects the overall accuracy of results.

Calculating your respiratory rate needs a little bit of work, as you have to find a position to prop up your device, pointing the front-facing camera at your upper torso so that the camera can monitor your chest movements. This movement is linked to how many breaths you’re taking, so it’s a simple way to get a good idea of your respiratory rate.

I found that propping on a vertical wireless charger was the best way to get my Pixel into the right position to get a respiratory rate reading. But you could prop it against a wall or ledge without too much issue.

The best thing about the new heart rate and respiratory rate features in Google Fit is that a data connection is not needed, with all data captured directly on-device. Nothing is sent to the cloud, nor is a network connection required. That means that you can log results even when out hiking or for a run for instance.

How accurate are the readings?

Without true professional-grade tools to properly track your heart or respiratory rate, it’s worth noting that all data collected is simply “advisory” and can’t be called “definitive.” To be honest, the heart rate readings were often a little higher than my comparable readings from a Fitbit Sense — itself not exactly the most accurate smartwatch on the market.

Another notable is that these kinds of readings can be directly affected simply by the act of taking them. Basically, by paying attention to your breathing and heart rate, the end result simply won’t be as accurate as if taken or tracked throughout the day by a wearable when you’re not monitoring the live result.

We felt the need to mention this minor quirk as some people may see spikes and be worried, but in many cases, it’s just your body reacting to a visual stimulus. It’s just a good ballpark figure to help you better understand your health and might even be useful for managing your fitness goals as you can log each reading for long term-graphing.

Have you managed to get these new features on your device? Let us know down in the comments section what you think of the new Google Fit options down there, too.