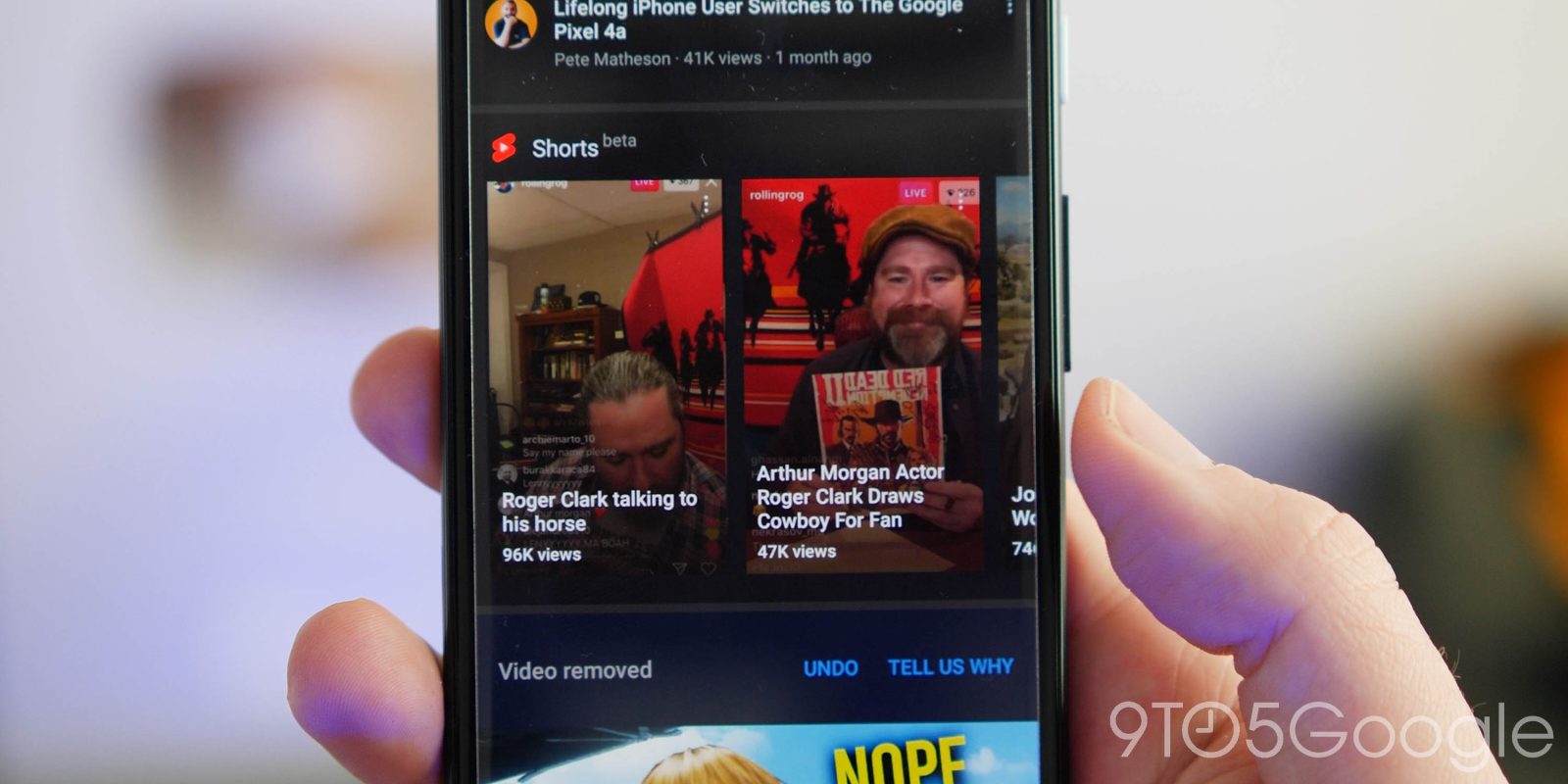 Despite being the dominant streaming platform on the entire internet, YouTube is taking on TikTok directly with its own Shorts videos.

Shorts are effectively YouTube’s take on short-form video with a focus on creating short videos using nothing but their mobile phones. TikTok is a big deal and there is no denying that the viewer base is far more active than on YouTube.

Because TikTok is a mobile-first video sharing platform or app, it’s easy to just record and upload with minimal edits and little technical know-how. YouTube is more procedure-focused. You can upload videos straight from your smartphone, but this isn’t the way most people create YouTube content.

Don’t confuse Shorts with Stories — which are another thing entirely. The idea is not to give daily updates like Snapchat or Instagram. Shorts is designed to be a standalone piece of content that doesn’t disappear after, say, 24 hours.

How do I get the option?

YouTube Shorts are available in beta in a few regions; after initially launching in India, the new video mode has exploded in popularity. It wasn’t until March 2021 that selected accounts in the US were granted the ability to upload Shorts directly from within the YouTube app. However, we’d imagine that the option will start to become more widely available over the next few months.

If you’re in an eligible region, just launch YouTube, and in the bottom menu you should have a “+” icon right in the center. When the menu expands, you should have the option to “Upload a video,” “Go live,” “Add to your story,” “Create a post,” or “Create a short.”

This is labeled as “beta” as the feature is still not quite ready for everyone, according to Google and YouTube, and gives the feature away right from the start. Just tap this menu option and accept any permissions to access your camera and microphone – from here it’s a familiar UI to anyone who has ever used Snapchat or just about any photo/video-focused messaging, etc.

You can set a timer in 3-, 10- or 20-second increments, but it’s worth noting that all YouTube Shorts are capped at 15 seconds but can be longer, which is an odd UI limit that we have noticed. When recording you can see just how much of that 15-second limit you’ve eaten into with a progress bar at the top of this screen. It’s all fairly similar to the likes of Vine and other dedicated video apps, making it easy to just jump in and start creating.

There is a “backspace” icon that lets you delete any clips you’ve recorded, but this only appears once you have something captured. You’ll see a little white line to denote when a clip starts and ends — which does help ensure you don’t delete the wrong clip. Then once you go to the “Next” screen, you can start adding text annotations in a number of styles and colors. Provided you’ve recorded up to the 15-second limit, you’ll be able to adjust the timeline and tweak when text appears.

YouTube has touted the ability to record with Music with an “Add music” option supposed to be within the main viewfinder. We don’t seem to have that option available on any of our devices, which is a real shame but could be a way to ensure that you don’t infringe upon any copyrights when uploading to your channel.

If you prefer pre-recording, you can upload directly from your camera roll. This might allow you to get creative in post-production software like Adobe Premiere Pro, Final Cut, and numerous other video editing packages.

Once you’ve fine-tuned, it’s as simple as uploading. You can add some details, but they are limited to a title, the public visibility settings, and the audience rating. Once uploaded it’s worth noting that you can’t actually see all of the video details in the desktop version of YouTube Studio, make tweaks, and so on and so forth.

The popularity of TikTok is that it actively encourages participation while simultaneously being quite passive. You just scroll and videos are actively force-fed to you with specific hashtags allowing for the discovery of content.

YouTube is more deliberate. Finding videos is easy, but you need to search or browse to find things to watch. Recent updates to YouTube more closely resemble TikTok, rather than TikTok updating to add more YouTube features. We’re specifically talking about things like feed auto-play, watermarks on embedded videos, and changes made to keep you returning to the platform.

Shorts will appear in your Home feed on mobile, with scrolling elements once videos start playing that help emphasize that this is indeed a “mobile-first” product for the platform — something that is sorely missing from YouTube wholesale and one that Stories simply can’t resolve.

When Vine shutdown, the biggest stars of the short looping video platform quickly moved to YouTube as there was no alternative. YouTube needs to appeal to TikTok viewers and even creators to show that the platform is still the undoubted home of online video content, and Shorts is a fairly big step in that direction.