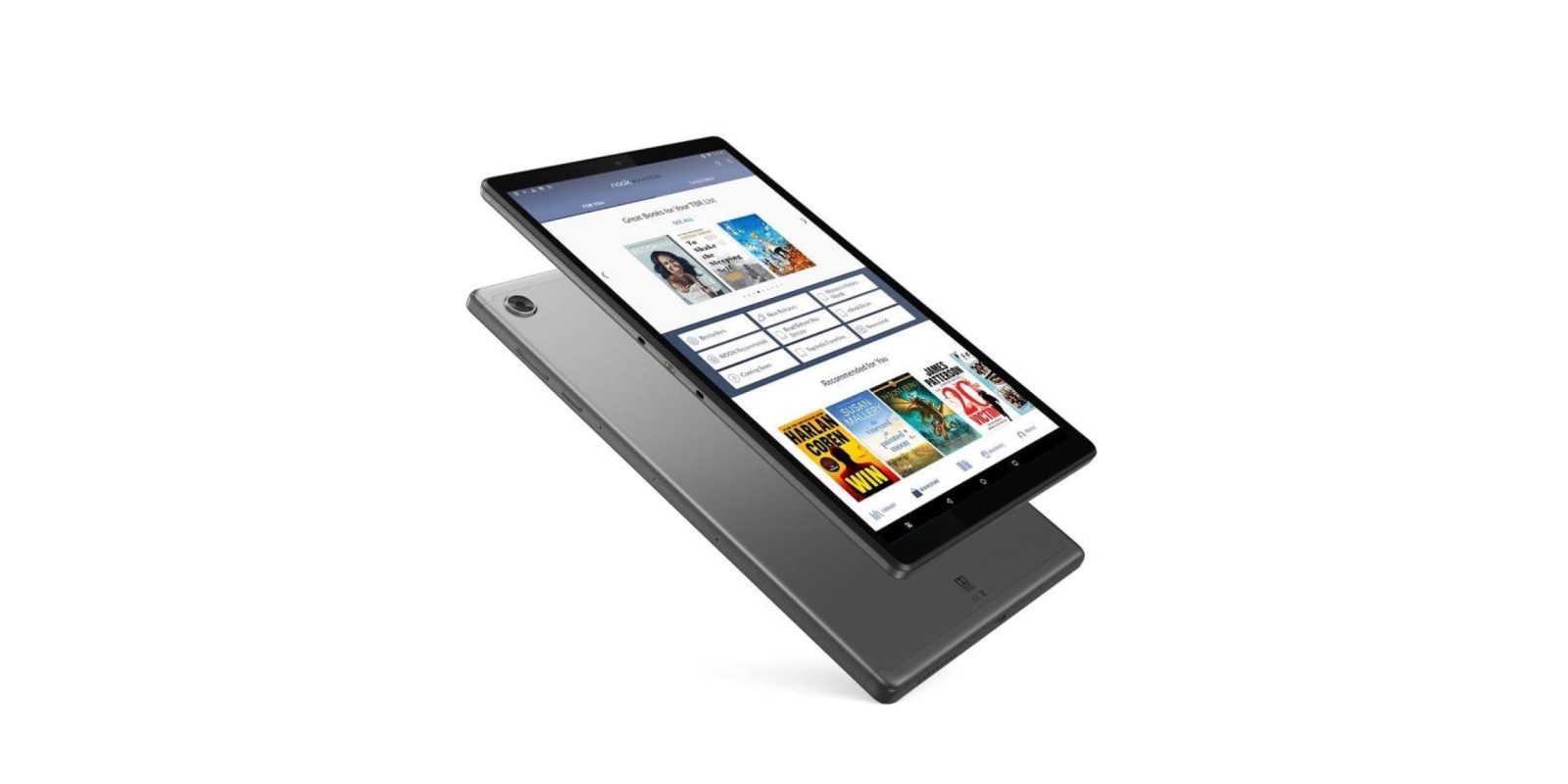 Hardware-wise, this is a fairly standard Android — version unspecified — tablet with a 10.1-inch HD IPS display that features “TÜV Rheinland-certified eye protection to help lower harmful blue light” and an 85% screen-to-body ratio that offers (in portrait orientation) thin sides but a thicker top/bottom.

There are front and rear facing cameras with a “full metal body” that weighs 0.9 pounds, as well as “dual audio speakers powered by Dolby Atmos.” Inside, it’s powered by an octa-core 2.3GHz processor with 32GB of storage and microSD card slot expansion. The battery is rated up to 10 hours on a single charge.

On the software front, the Nook app is pre-installed for books, magazines, and newspapers. There’s also Kids Space, Google’s end-to-end family experience for Android tablets that features a custom launcher. Its addition by Lenovo makes sense especially given who is likely to buy this tablet.

The Nook 10-inch HD Tablet made by Lenovo will start at $129.99 and be available in early April from Barnes & Noble. The bookseller previously partnered with Samsung on tablets before striking out on its own. The last tablet was released in 2018, while it also still sells e-ink readers.