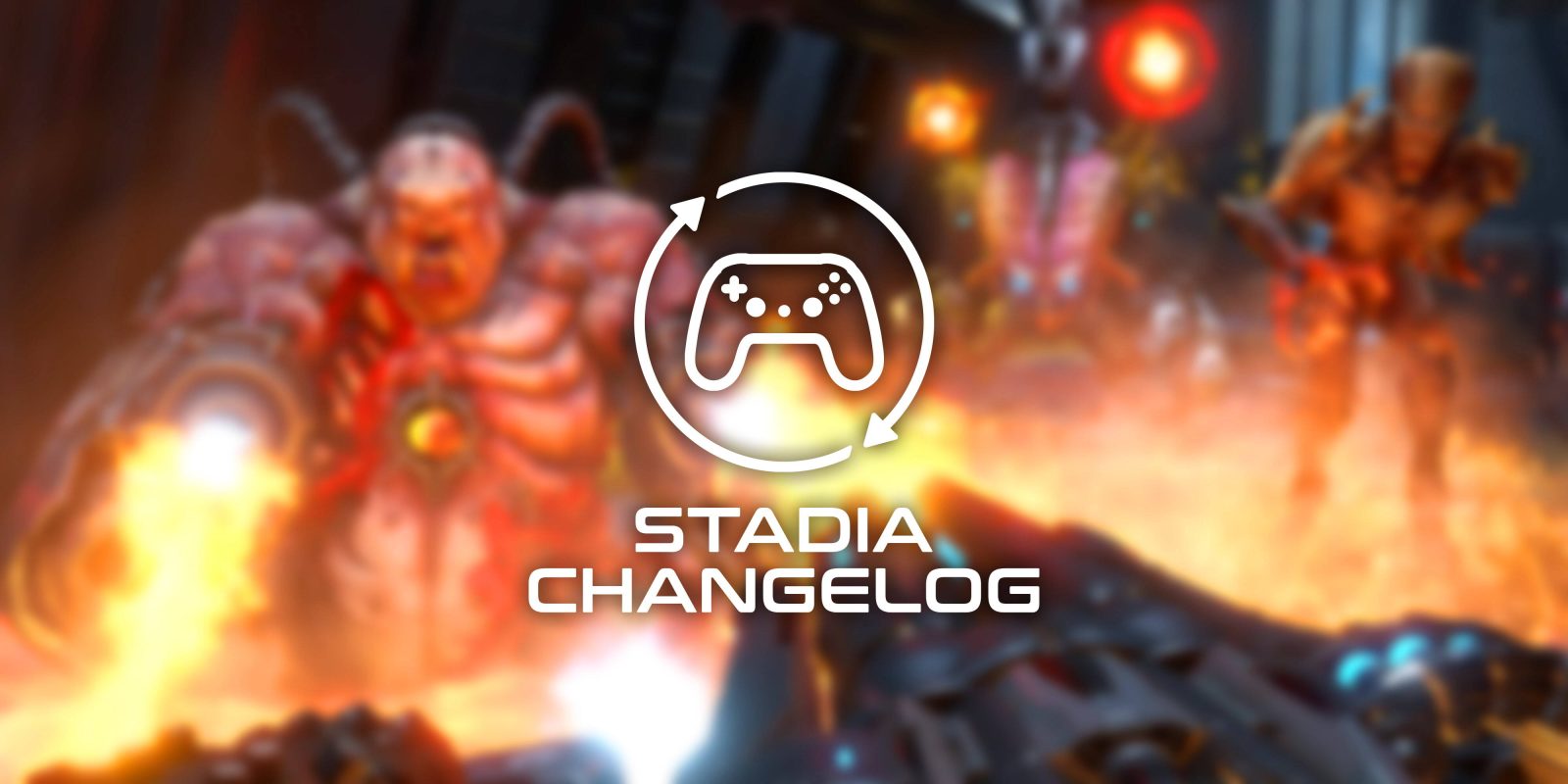 New games was the big story of Stadia this week, with a few new games added to the store and several announced as on their way. Plus, there were several notable updates including DOOM Eternal: The Ancient Gods expansion.

This week, three new games were added to the Stadia store including:

As of this week, Google has added 24 games to Stadia in calendar year 2021, well on its way to the promise of at least 100 titles added this year.

Square Enix laid out a road map for its Marvel’s Avengers this game, and it’s a bit less than most were expecting. Between now and this summer, players can expect a few key updates to deliver new features and story content, with the most notable update arriving in the summer with Black Panther and the War for Wakanda. This week, the Hawkeye update also went live.

Rolled out earlier this week, a patch for Watch Dogs: Legion delivered some fixes to the new online multiplayer mode. You can read the full changelog for hotfix 3.2.1 here.

The second major update for DOOM Eternal arrived this week, bringing the “Ancient Gods” expansion to the game. The add-on, which costs $19.99, is the conclusion to DOOM Slayer’s Saga. DOOM Eternal: The Ancient Gods — Part Two can be purchased from the Stadia store and includes the game’s “Battlemode.”

DOOM Eternal: The Ancient Gods – Part Two is the epic conclusion to the DOOM Slayer’s Saga and the second campaign expansion to the critically acclaimed DOOM Eternal. You denied the gods and awoke an ancient evil. Now rally the scattered Sentinel armies, lay siege to the last bastion of Hell, break through the fortress walls, and face the Dark Lord himself. The soul of the universe hangs in the balance. Your war against Hell ends here.

We already know that a lot is in store for Risk of Rain 2 this year, and on Twitter the game is teasing what’s in store. From the looks of it, we’ll learn a lot more next week.

Ubisoft launched a new version of Uno: Ultimate Edition this week that delivers a new pack that ties in with Immortals: Fenyx Rising. The update costs $4.99 as an add-on for all players, including those who bought the now-former Ultimate Edition.

Take your game to the Golden Isle with an all-new take on the beloved card game with UNO® Fenyx’s Quest! In this mythological new game mode, you’ll experience thrilling new features centered around the cursed gods, as well as two powerful exclusive Action cards, Typhon’s Trick and Fenyx Power. Take your seat around the golden board, and be the first to clear your hand and accomplish Fenyx’s Quest!

Available this week, the first Legendary Pack was added to Dragon Ball Xenoverse 2 with new characters, missions and quests, and more included with the $8 expansion pack.

Play as Pikkon from the movie “Dragon Ball Z: Fusion Reborn”, and Toppo (God of Destruction) from DRAGON BALL Super in Legendary Pack 1. In addition, there are new extra missions featuring Fu, Parallel Quests, New Skills, New Costumes and New Illustrations that will allow you to enjoy DRAGON BALL XENOVERSE 2 even more!

Gods Will Fall just got a March 2021 update

The recently released Gods Will Fall just got an update on Stadia and other platforms that makes a few tweaks to the game. You can read the full changelog here.

Ubisoft announced this week that Assassin’s Creed Valhalla is getting its “Wrath of the Druids” expansion next month, specifically on April 29. The free update will be available on Stadia just like other platforms.

Other games confirmed for Stadia this week include Zorro: The Chronicles that will launch in the Fall. Disco Elysium: The Final Cut has also been confirmed for launch on March 30, 2021. A day later, Stadia Makers title Nanotales — Typing Chronicles will make its debut on the platform as a sequel to Epistory.

In unofficial news, The Last Kids on Earth and the Staff of Doom showed up at PEGI this week, as our friends over at StadiaSource spotted.