The best Android TV streamers to replace every kind of Roku 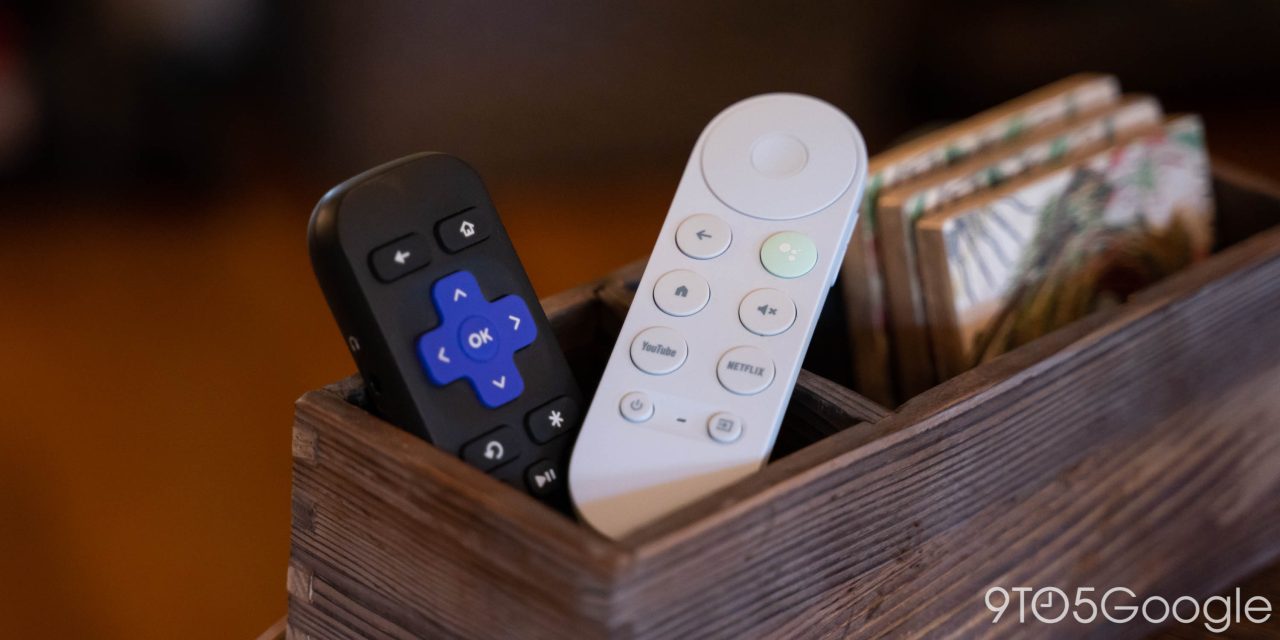 As Roku battles Google over YouTube TV just a year after slowing the debuts of Peacock and HBO Max, it’s got some users considering a switch away from the platform. If you’re in that boat, here are the best Android TV and Google TV replacements for every kind of Roku.

Perhaps the most popular streaming product that Roku sells is its Streaming Stick. Roku Streaming Stick+ is a $49.99 HDMI dongle that’s proven extremely popular in the United States, especially with recent models that support 4K/HDR. It’s a great product for any TV that’s easy and conveinent.

If you’re looking beyond the Roku ecosystem, the direct comparison to the Roku Streaming Stick+ is none other than the Chromecast with Google TV. It hits the exact same $49.99 price point and supports 4K output, Dolby Vision and HDR10, as well as Atmos with some apps. It runs on top of an Android operating system as well, which gives it more flexibility with sideloading apps that aren’t technically supported by Google TV. It also has native integration with the widely-supported Chromecast platform. Best of all, right now, it has YouTube TV baked right into the homescreen with a dedicated “Live” tab.

On the low end of the spectrum, the Roku Express can be purchased for as little as $29. It’s an HD-only streamer at that price point, but it manages to stream all of your content without much fuss. A $10 upgrade, though, does add 4K HDR to the equation with the Roku Express+. For this budget, it’s a solid purchase, though many may be frustrated by the IR controls, which can be a little finicky in some setups.

The closest competitor here is the Xiaomi Mi TV Stick, which can be purchased in the US for as little as $38. It’s a 1080p streaming stick with a Bluetooth remote and Android TV. Personally, I’d recommend the jump up to $49 for the Chromecast, but the Mi TV Stick is good by its own merit, as we detailed in our review.

The most expensive option in Roku’s streaming lineup is the Roku Ultra. The $100 set-top box supports more standards like Dolby Vision HDR and has a built-in remote finder. It’s also running on top of better components, which leads to better performance.

The best high-end streamer in the Android TV space is the Shield TV — specifically the $149 “tube” that launched in 2019. It’s got high-end specs and supports just about every streaming standard under the sun, also bringing 4K AI upscaling to the table, which we were rather impressed with. More affordable, though, are Android TV boxes such as the Verizon Stream TV and Mecool KM2, which cost around $70 but still manage to replicate most of what Roku Ultra brings to the table.

If you go shopping for a new TV, it’s almost certainly going to be a smart TV, and even more likely in the United States, it’s going to be running Roku. Popular and affordable brands like TCL, Onn, Insignia, and Hisense sell options with Roku built in.

Now, though, Android TV and Google TV are joining the market that’s brought Roku so much success. TCL now sells affordable 4K TVs with Android TV built in, and the company is adopting Google TV later this year. Hisense just launched its 2021 QLED lineup with Android TV as well, and at the high end of the market, Sony sells Bravia TVs with Google TV.

If you’re going Google TV instead of Android TV, too, there’s a bonus. Google TV has a “Basic Mode” that ditches all of the smart features, letting you use the panel as just a normal TV if the smart features don’t age well or if you just don’t want them. We’ve linked a few Android/Google TV options at a few price points below.