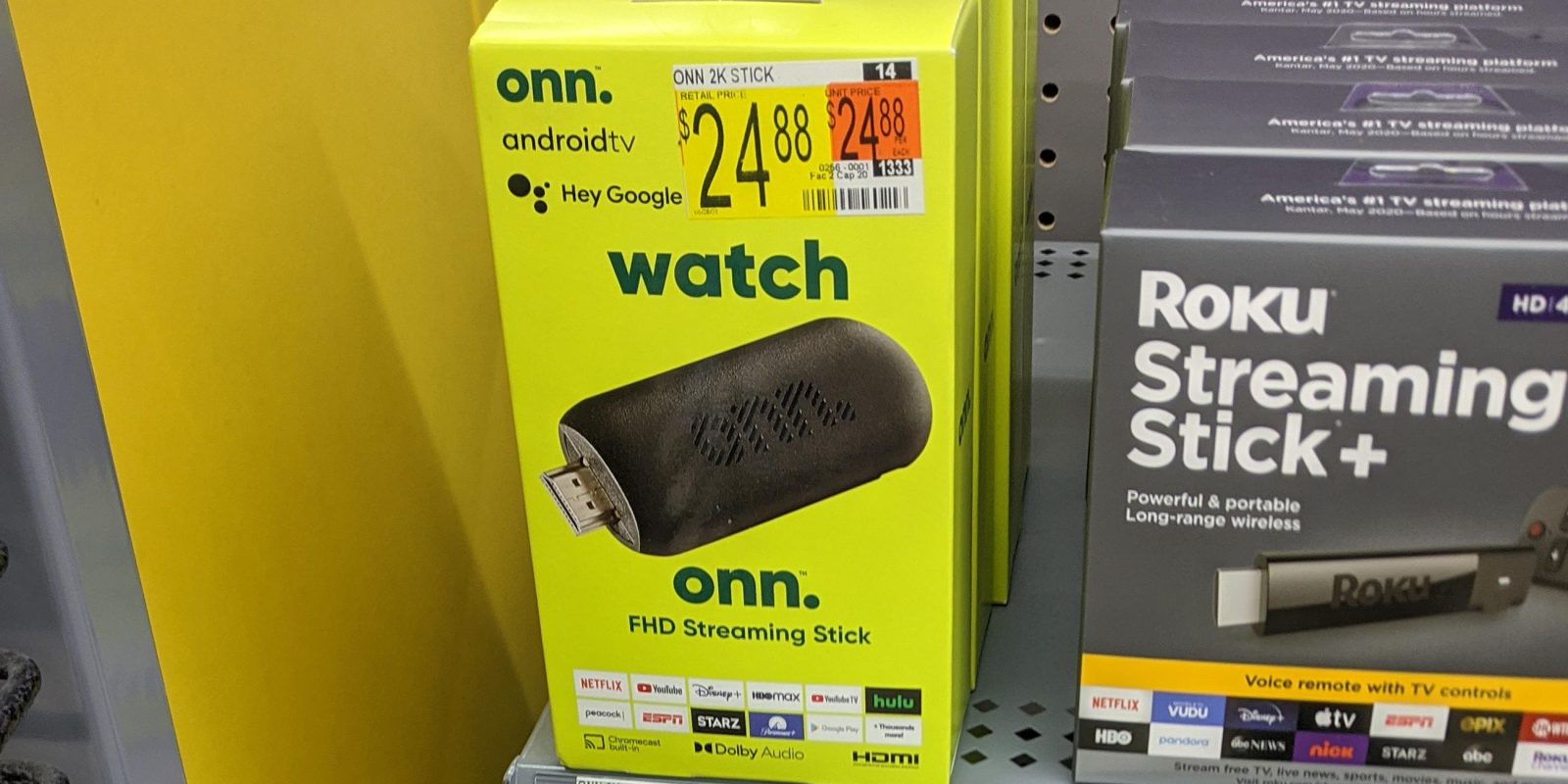 Based on some early listings and a few leaks, Walmart may soon start a wave in the Android TV space with super-affordable “onn” branded streaming devices. Now, ahead of release, the Walmart Android TV devices have started showing up at some retail stores for purchase.

To recap what we’ve seen so far, Walmart is working on two different Android TV streaming devices under its in-house “onn” brand. The first is a 4K device with the second being a 1080p-capped streaming stick, both of which ship with a Google-designed “G10” remote. An early hands-on of the product also confirmed the use of Android TV versus the newer Google TV interface.

What’s been especially impressive to date has been the pricing spotted on each listing by users. Apparently, the 4K device is just $29 while the 1080p stick is $25. Both of these are among the most affordable Android TV devices ever.

Now, some Reddit users have spotted both Walmart Android TV devices at local retail stores. u/Treypopj spotted both devices sitting on the shelf alongside Google’s Chromecasts and the Roku Streaming Stick+. Prices were marked at $24.88 and $28.08, respectively. Beyond that, u/Henboy10 spotted the streaming stick at his local store and succeeded in buying it as well.

In a private message, “Henboy” told us that the included remote can be paired to Google’s Chromecast though several of the buttons don’t work properly.

It’s unclear when Walmart plans to formally release these devices, but with website listings still live and devices quite literally on store shelves, it can’t be far off.