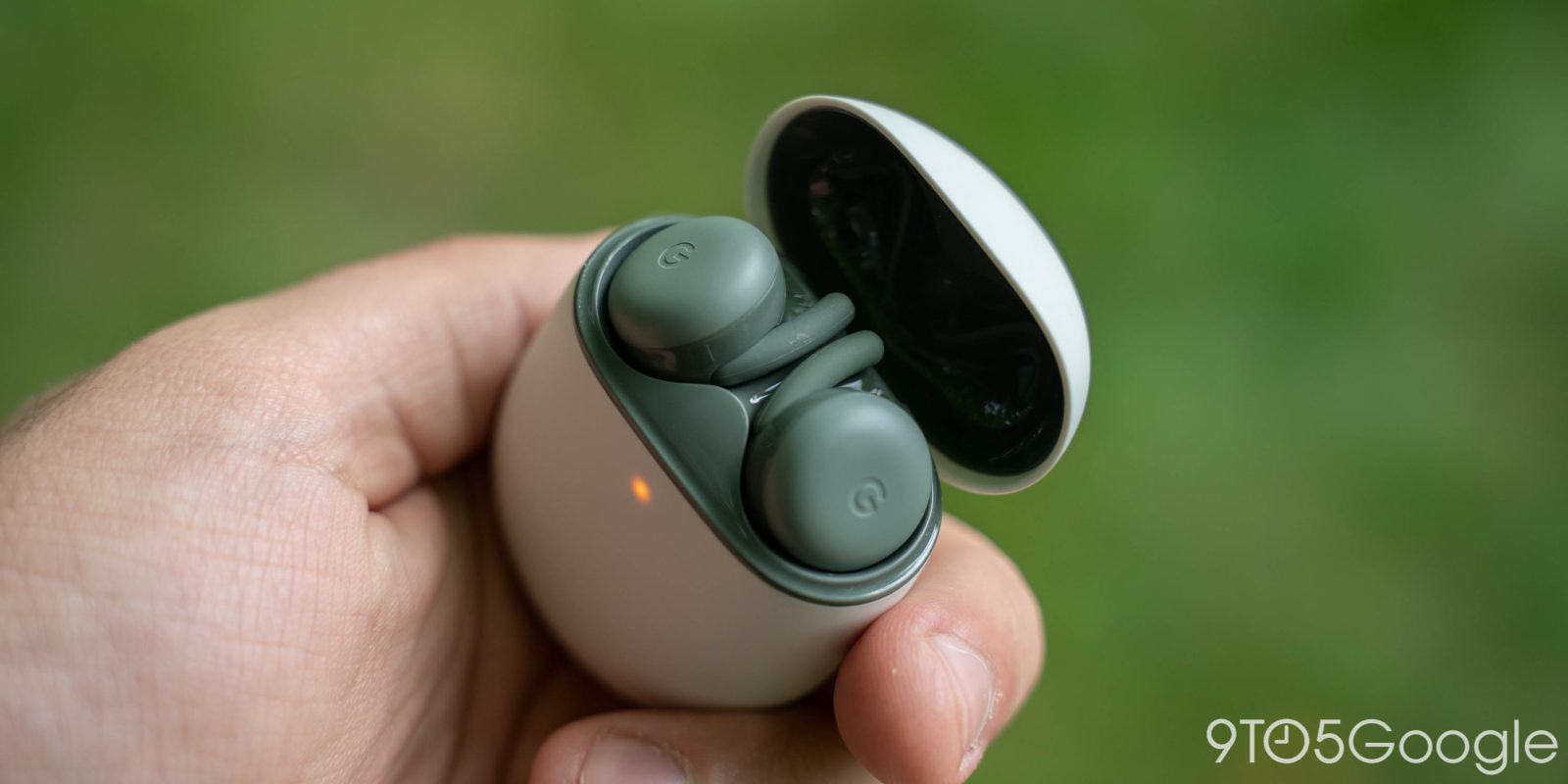 First unveiled two weeks ago, the Pixel Buds A-Series offer many of the same smarts as last year’s more premium Pixel Buds, but at a much more affordable price point. Just as the Pixel 3a and 4a have been fantastic mid-range smartphone options with Google’s software enhancements, our Ben Schoon shared in his review that the Pixel Buds A-Series are a great mid-tier option for true wireless earbuds.

At $99, Pixel Buds A-Series are not the most affordable truly wireless earbuds out there. They’re also not the most expensive. What they manage to be is a definitive middle ground. You might lose some expected features at this price point, like wireless charging, but you’re also getting features that low-end earbuds can’t compete with such as “Hey Google” and Adaptive Sound.

Up until now, the Pixel Buds A-Series were only available for pre-order from places like the Google Store. As of today, the new earbuds are now available for same-day purchase from retailers in the United States, including Walmart, Best Buy, Target, and, of course, the Google Store. Many brick-and-mortar stores even have the Pixel Buds A-Series on the shelves ready to buy. Regardless of where you buy, you’ll find the same $99 price tag.

The formal launch of the Pixel Buds A-Series lands on the same day that the company has launched its flagship Google Store location in New York City, a fact that is unlikely to be a coincidence. While the Pixel Buds A-Series are not the most significant hardware launch Google is expected to have this year, it makes sense to use that debut.