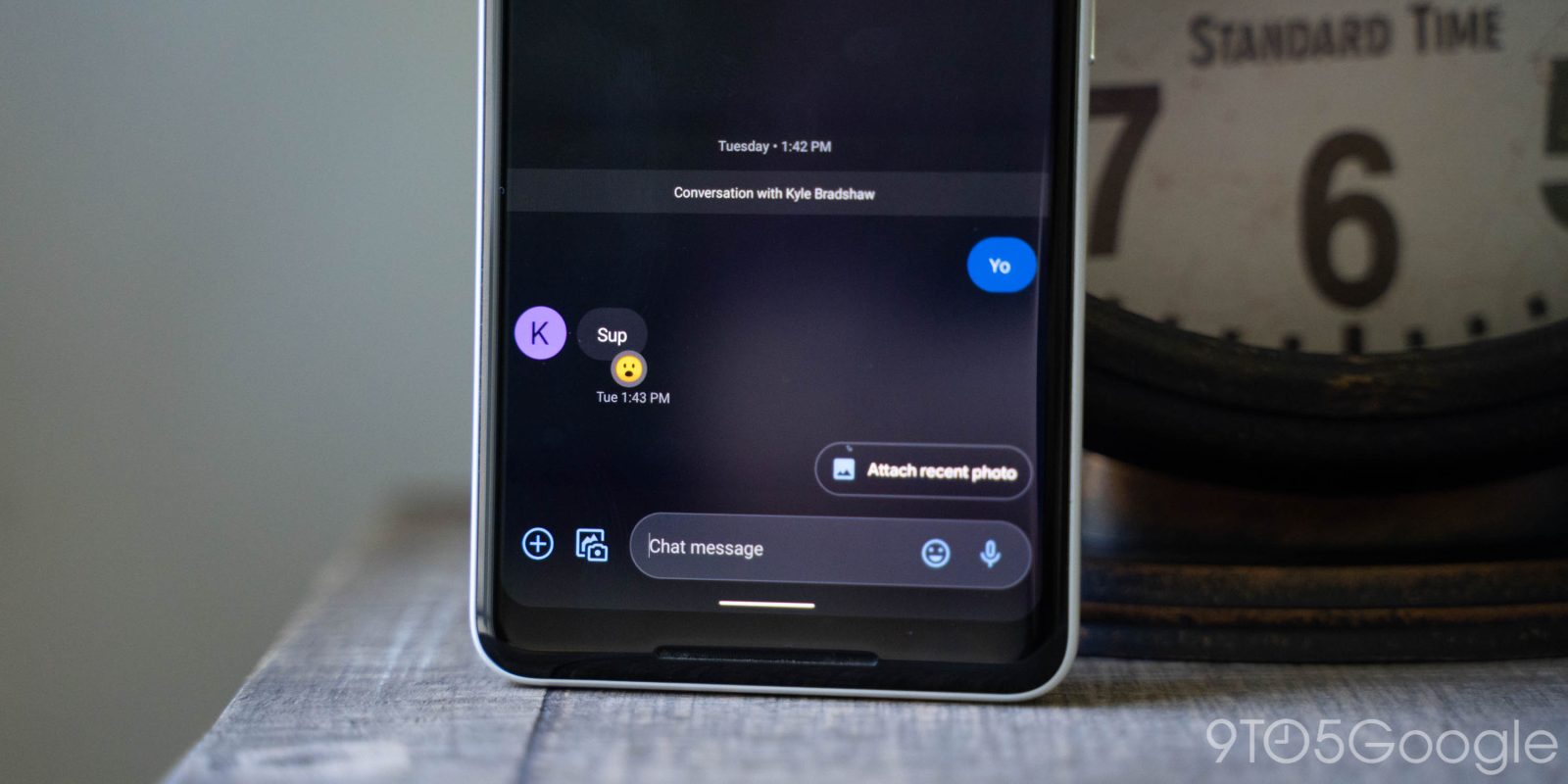 From rolling out end-to-end encryption to the upcoming ability to star messages, Google’s RCS/SMS client has seen a number of feature additions recently. You can now pinch-to-zoom to change the font size in Google Messages for Android.

The functionality is quite straightforward and starts by opening any thread. Pinching-out with two fingers increases most text in the current window, though the app bar stays the same. All timestamps and message bubbles adjust accordingly, including the prompt and any entered text in the compose field. Icons, like contact avatars and the send button, and menus remain static.

There are several increments, and you can pinch-in to return to the default size. Users cannot adjust text size while the keyboard is open. The current font size applies to all conversation threads, but the main list view is unchanged.

In the past, those that needed bigger text in Google Messages had to head into system settings and adjust font and/or display size, thus impacting the entire device. This is a nice app-level implementation. That said, while adjustment is intuitive, it’s quite hidden.

This ability to change the font size in Google Messages just came to light today and has been a long-running request for some. It’s unclear what version enabled it, but the adjustment is available on current versions, including the latest 8.3.026 beta.