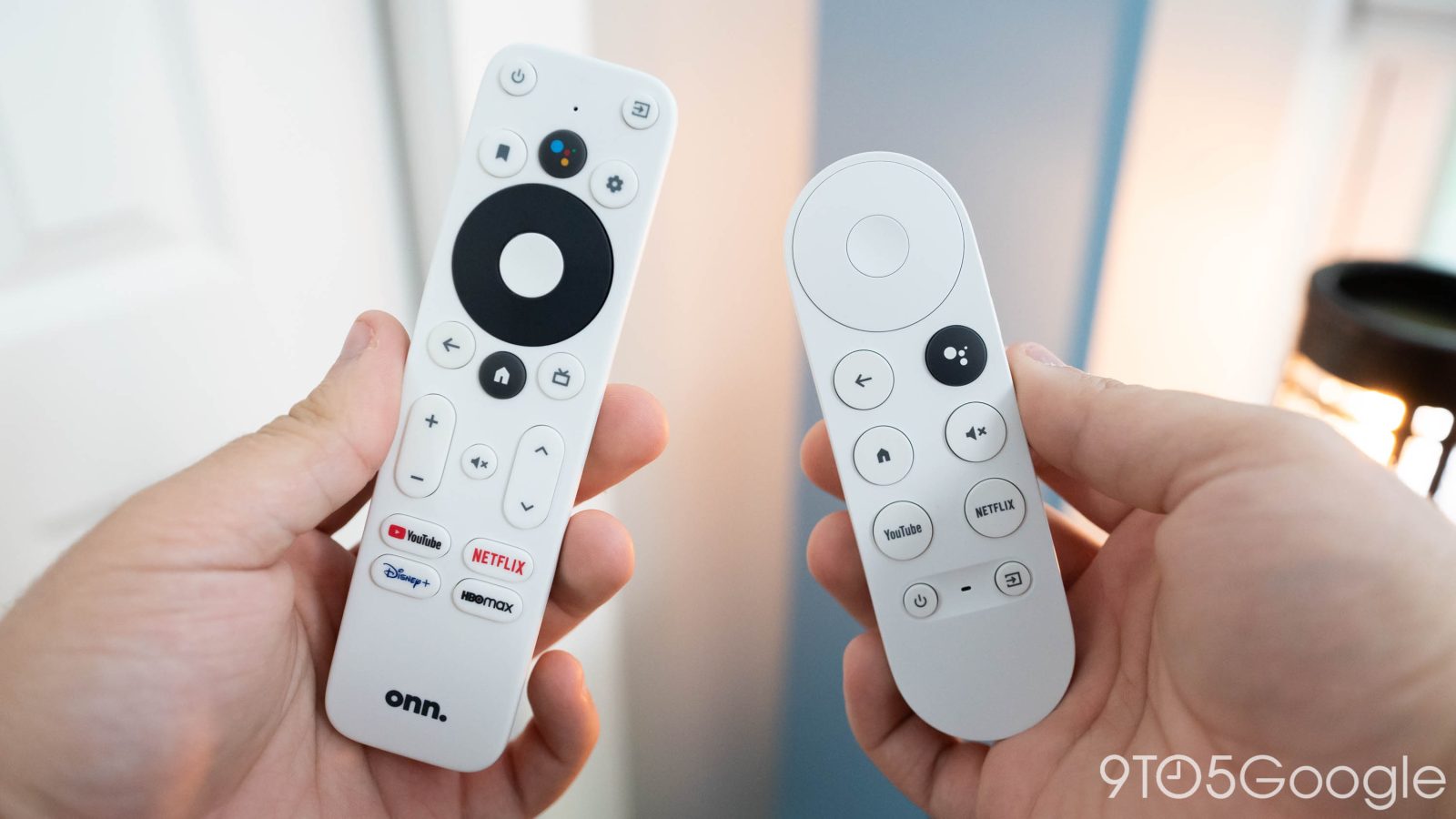 Walmart just launched a duo of Android TV streaming devices that are pretty standard but have two compelling selling points. For one, they’re both super cheap, and as a second point, the remote included with Walmart’s Android TV streamers looks really nice. In case you were curious, it does indeed work with the Chromecast with Google TV, but in a limited capacity.

The remote included with the Walmart Android TV box and stick uses the reference design created by Google and known as the G10. The only changes are slapping the retailer’s “onn” logo across the bottom and adding logos for Disney+ and HBO Max to the bottom.

Like most other Android TV remotes, there’s nothing stopping users from pairing the remote included with these devices from Walmart to another device entirely, and it actually makes a fair bit of sense to want to use it with the new Chromecast. The Chromecast’s remote isn’t bad by any means, but the only Walmart includes is a bit bigger, has more buttons for navigation and app shortcuts, and has a more natural D-Pad location.

Sure enough, that remote can easily be paired to a Chromecast with Google TV. Just turn off the Onn box if you’ve set it up, hold down Home and Back at the same time on the remote, then open the Remote Pairing menu in the Chromecast’s settings. After it appears on the list, use your current remote to select it, and then the “Onn Remote” will work to control the Chromecast. It’s not without issue, though.

Core functions of the G10 remote do work with Chromecast. This includes general navigation with the home, back, and D-Pad buttons. Volume over CEC also works, and so does power and Google Assistant. The little “Watchlist” button even works — something that’s not true on Walmart’s device. Just hover over the content you want to save for later, tap the button, then it’ll add that piece of content to your Watchlist.

The rest of the buttons, though, are useless. The four app shortcuts don’t work, and neither do the settings, channel, or live TV buttons. You can remap the live TV or “guide” button using the popular “Button Mapper” app, but that’s the only one currently compatible. IR functions are also broken since they require the device’s firmware to support setup.

While it’s great that the remote works with Chromecast, I’d advise you don’t buy one of Walmart’s devices just to get your hands on it. It’s a solid remote, but you won’t get much benefit over the regular Chromecast remote, and in the end, you’ll probably be wasting an entire streaming box for no good reason.