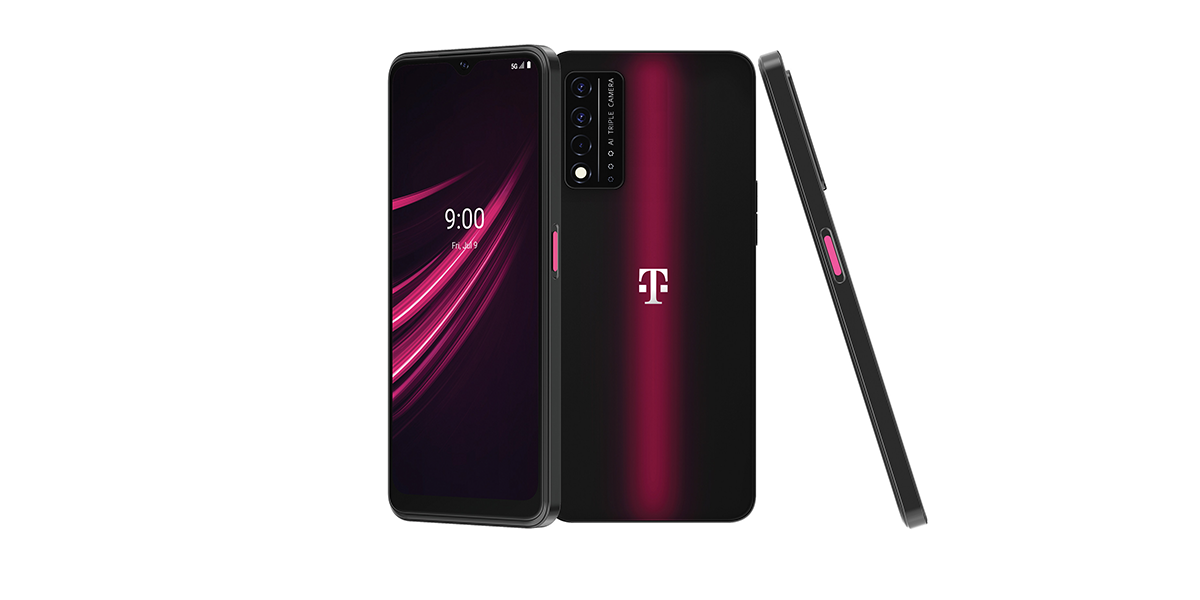 T-Mobile has been selling its self-branded “REVVL” smartphones for a few years now for entry-level customers, and today, it’s launching a new option with 5G support for just $199.

The REVVL V+ 5G is T-Mobile’s second self-branded phone with 5G support. The first was released about a year ago in the REVVL 5G, which was priced at $399. This new model, though, cuts that cost in half to just $199, which makes it one of the most affordable devices that can support 5G networks.

The design of REVVL V+ is very flat with a matte back that has triple-cameras (16MP/5MP/2MP, 16MP selfie camera) and a purple stripe down the center. There’s a slick magenta accent on the power button, which looks neat and also doubles as the fingerprint sensor. The phone also supports camera-based face unlock from its 13MP selfie shooter.

It’s worth mentioning, though, that an extra $40 would buy the OnePlus Nord N200 5G, which is a better device pretty much across the board. It has a higher-resolution display, a more powerful processor, and an official update commitment. The Nord will get Android 12 as its one major upgrade, while T-Mobile hasn’t promised anything for this device. Notably, though, the REVVL 4 got a late Android 11 update, and the older REVVLRY ended up getting one major update, too, so it’s probably safe to say this device probably will eventually get Android 12.