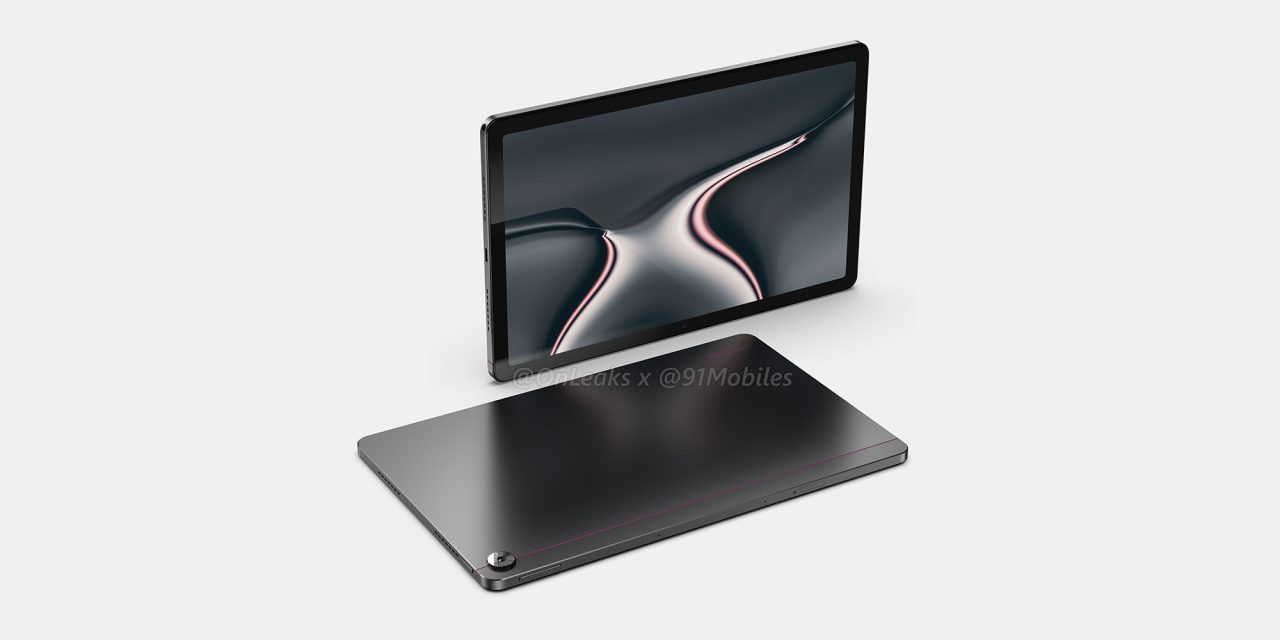 Realme looks to be entering the Android tablet space after renders of the Realme Pad showcase a new form factor for the BBK-owned firm.

While there are few high-end Android tablets we could actively recommend, if you just want a second screen for online content consumption then a sub-$400 tablet is a great option to have on hand. While Realm is known for affordable Android smartphones, the Realme Pad could help disrupt the space dominated by the Galaxy Tab series.

In renders shared by @OnLeaks AKA Steve Hemmerstoffer in collaboration with 91Mobiles, we get a proper look at the Realme Pad — or at least some 3D renders of what it is likely to offer up. Firstly, the design has taken a few cues from the iPad Pro. There is a sizeable but even bezel around all edges of the 10.4-inch display, while the flat edges do screen “imitation iPad Pro.”

Some of the Realme Pad’s specifications include a 7,100mAh internal battery, while 91Mobiles suggest that it could come with 6GB of RAM and 64GB of onboard storage with the renders hinting that a microSD card slot might also be present. No details were shared regarding the chipset or if the device will come with an AMOLED or LCD panel. There will be a solo rear camera and a selfie camera for video calling. As for the dimensions, the Realme Pad will measure at 246.1 x 155.8 x 6.8mm, though the thickness increases to 8.4mm when taking the protruding rear camera into account.

The report also suggests that the Realme Pad will include a stylus with an in-body slot for storage. Little else is known about the stylus itself, nor has it been included in the 3D renders posted. No details mention a 3.5mm headphone port, which could also explain this supposed stylus slot position.

Given the firm has aggressively targeted the European market over the past 12 months, a competitive price point and internals could really see the Realme Pad become a good alternative to some of the other Android tablets from the likes of Lenovo and Samsung. The tablet is expected to be revealed at some point in October 2021.