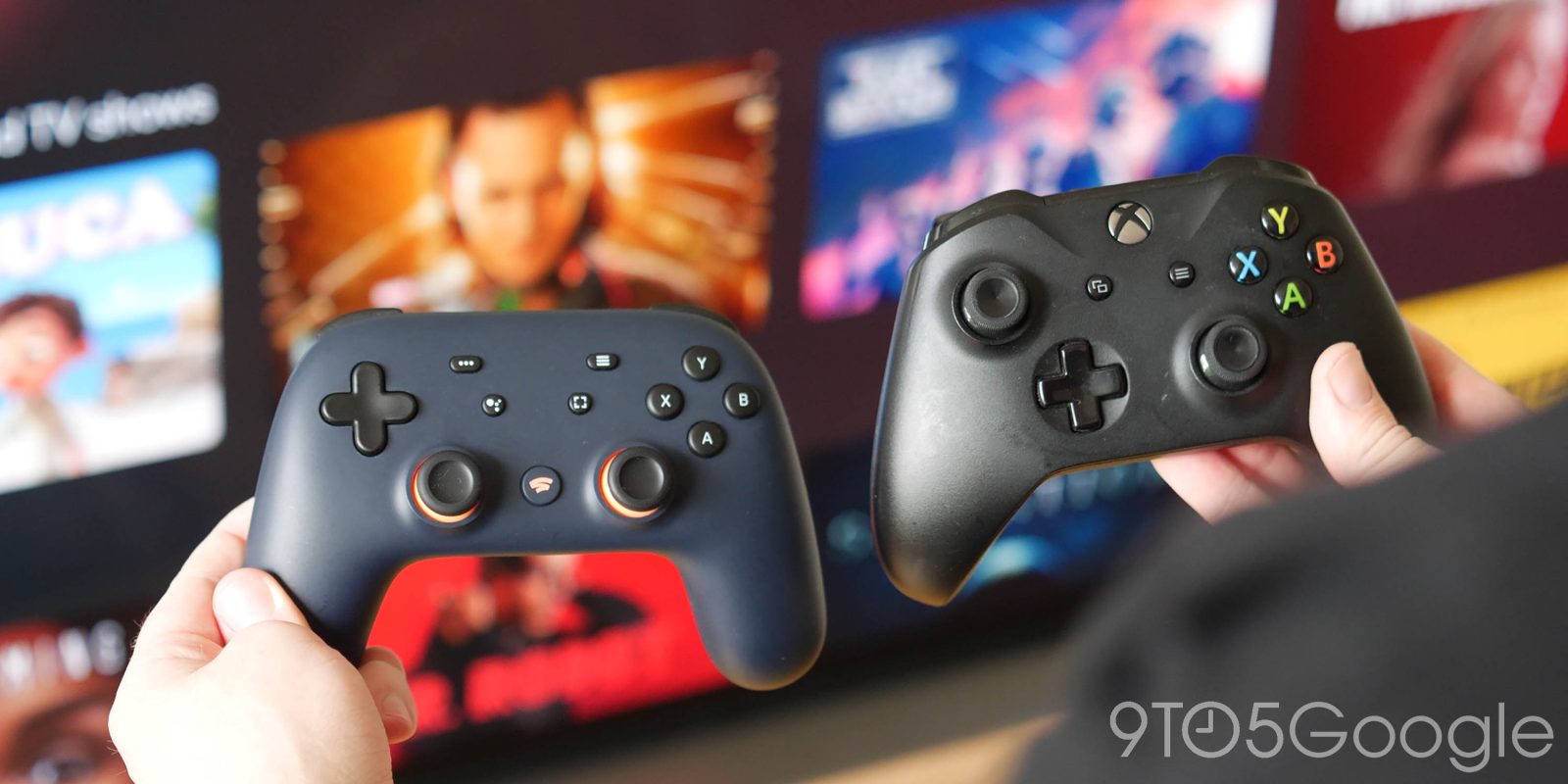 The latest update to Stadia for Android, version 3.28, works toward taking screenshots and accessing Assistant with third-party controllers, joining parties from your phone, and more.

One of the inadvertent advantages of the Stadia Controller over third-party controllers is the inclusion of a Google Assistant button as well as a dedicated Capture button for screenshots and recordings. Thankfully, Google is preparing to open this functionality to other controllers.

In the code, these “button shortcuts” are called “key chords,” and there appear to be shortcuts in the works for the Google Assistant, for the Capture button, and for Stadia’s built-in screen reader.

For now though, there’s no sign of what precise buttons will need to be pressed on your controller to activate these key chords once Stadia launches the feature.

One upcoming Stadia feature we’ve been tracking, “Bridge Mode,” is set to let you use your phone as a controller for gameplay on another screen. This includes using a USB or Bluetooth controller connected to your phone.

With Stadia 3.28, we find a third set of assets for the touchscreen gamepad. The original set, “outlined,” is used for playing games on your phone without a physical controller. The second set, “filled” seems to be intended for use with Bridge Mode. The new third set, entitled “linking_code_entry,” seems to be exclusively intended for pairing your phone as a controller, consisting solely of the directional pad and the ABXY buttons.

Some weeks back, Stadia showed off concept art for a new explore tab that showcases the broader Stadia community and the games you enjoy. Part of this includes publicly sharing screenshots and recordings with others who enjoy a particular game.

Stadia 3.28 includes more prep work toward making the new Explore tab a reality, including sharing and hiding captures from the public “Community feed.”

See or delete your posts

If you posted this capture, it will be visible to people who follow you or this game. See your posts to edit what you’ve shared.

If you posted this capture, it is now hidden

You can’t undo this later. The public link for this capture will stop working, and any posts to the community feed will be removed. If a State Share game state is attached to this capture, it will also be deleted.

One of the core missing features of Stadia for Android is the ability to talk with friends in a party or with teammates via in-game voice chat, despite having long been spotted in-development by our teardowns. Stadia 3.28 continues the trend, adding new bits of text related to joining a party.

Join this party to chat and play together

Another mildly interesting aspect of the new code related to Stadia’s party on Android is the “Party Circle Avatar.” From what we can tell, this is the visual indicator to show who is speaking at a particular moment in time.

We also find signs that Stadia is working on something involving your phone’s battery levels. From what we can piece together, it’s plausible that Stadia may make your phone’s current battery level easily visible somewhere like the in-game overlay menu. This would make it so you could see your device’s charge without having to take your hands off of the controller.

One interesting bit of text included in the latest Stadia update points to a scenario where a player has a valid Ubisoft+ subscription but is unable to play through Stadia.

It’s possible that this may be a sign that Ubisoft+ will soon split into tiers with cloud gaming being an extra cost over the base subscription. Alternatively, this could simply be an error message for those who live in regions where Ubisoft+ does not yet offer cloud gaming.