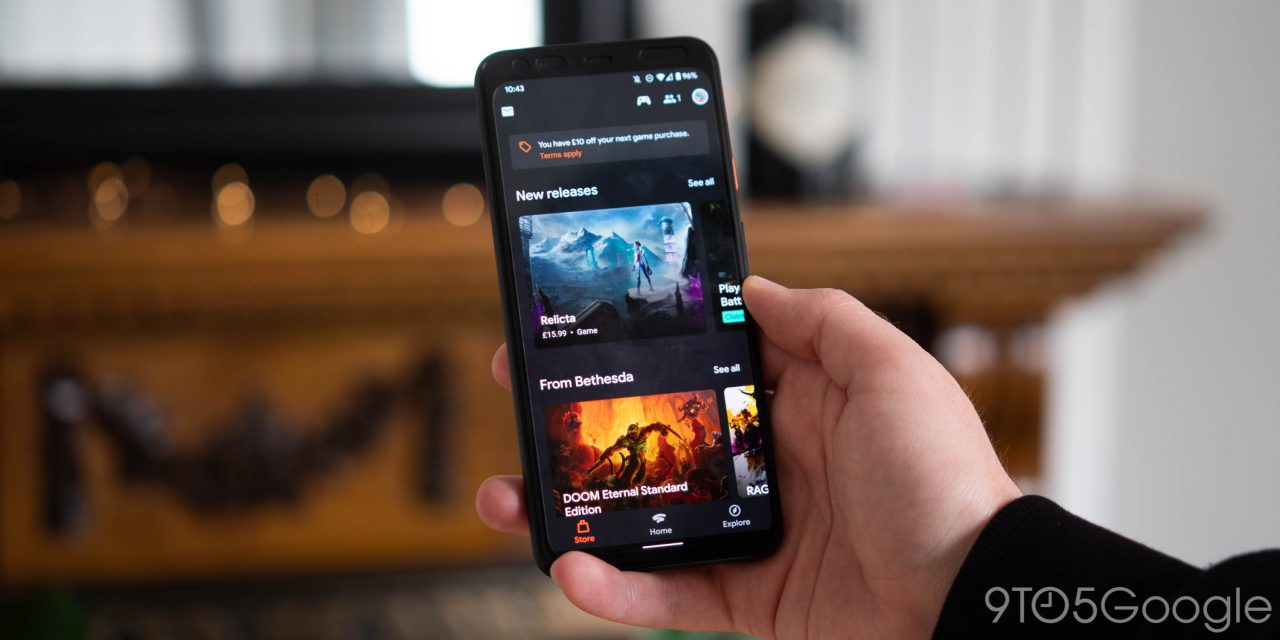 The latest update to Stadia for Android points to a promo for YouTube Premium members and includes more work toward using your phone as a controller for Stadia on your TV.

In the update to Stadia 3.22, we find new images related to the touchscreen controller, which is currently used to let you play games on your phone without connecting a controller. To keep the on-screen controls from interfering with the game underneath, the buttons and sticks are mostly transparent. In contrast, the new touchscreen controller images are opaque and at times colorful.

From this, we believe that this alternate version of Stadia’s touchscreen controller is meant to be used with Bridge Mode. If the game is being played on a larger screen in the room instead of on your phone, then the on-screen controls no longer need to be transparent.

Another in-development feature we’ve been watching is a much-needed revamp of the Explore tab. In the app today, the Explore tab offers only a handful of links to Stadia’s social media pages along with some YouTube videos. Back in April, Google showed off what they were envisioning for bringing Explore to the web app, with a feed of captures from friends and the option to share your own.

In the latest Stadia update, we find signs of continued behind-the-scenes progress on the feature, including an “ExplorePage” that will show a special card the first time you visit the tab, likely introducing you to the revamped Explore.

Last year, Google rolled out a promotion where subscribers to Google One could claim a three-month free trial to Stadia Pro. Ahead of that promo period, we spotted text in the Stadia app revealing the free trial. With Stadia 3.22, we find that Google is preparing to tempt subscribers to YouTube Premium with a free subscription to Stadia Pro.

Thanks for being a YouTube Premium member. Enjoy a

Unfortunately, there’s no indication of how long of a free trial is being offered here. The trial’s reach also may be limited to those who have never claimed a free trial of Stadia Pro in the past, assuming the terms haven’t changed since the Google One promotion.

This is, of course, not the first time that Google has tried to woo YouTube Premium subscribers into becoming Stadia players. Last year, YouTube Premium members were able to claim a free Stadia Premiere Edition bundle.