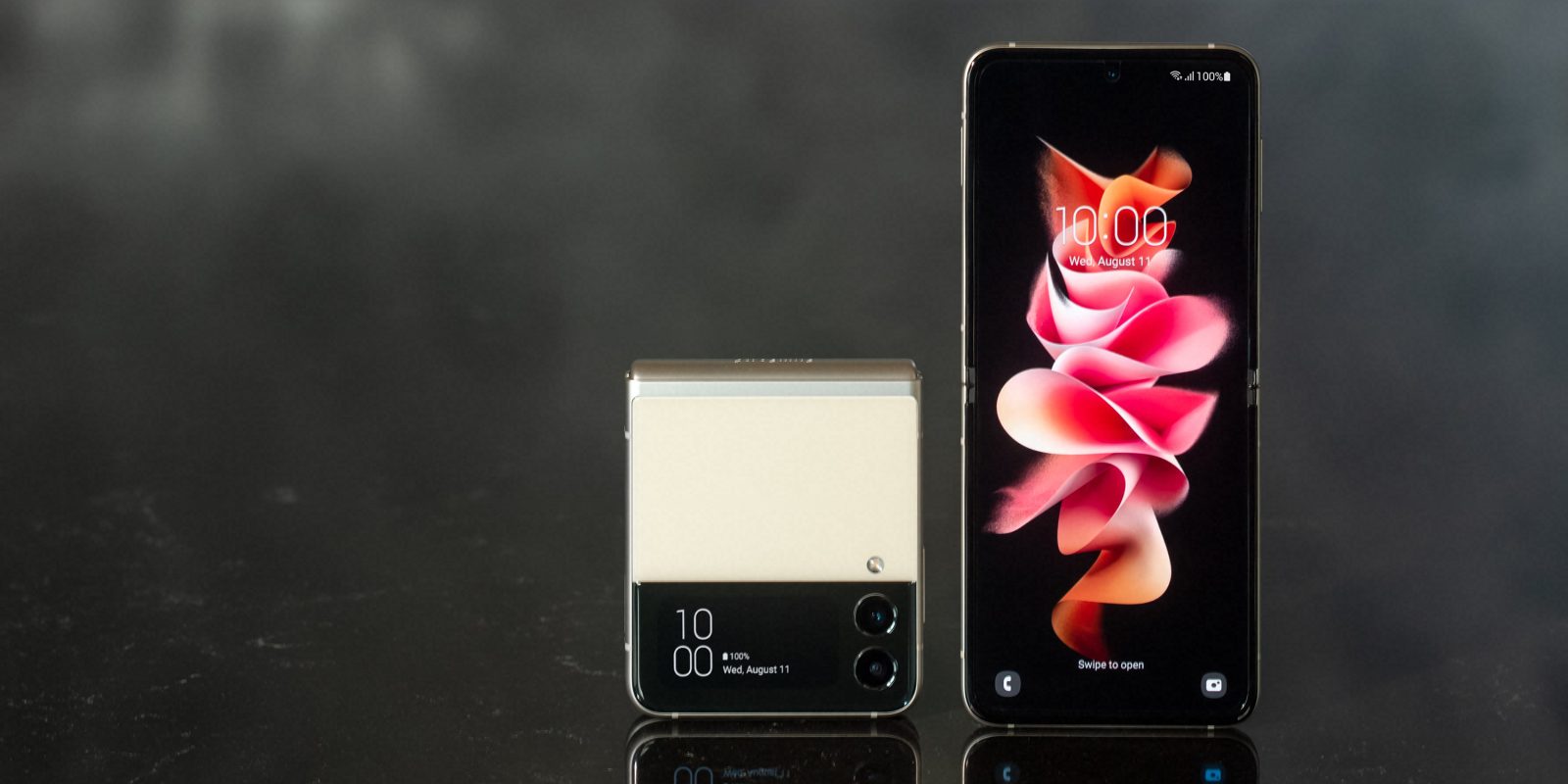 Unlike its most expensive counterpart, the Galaxy Z Fold 3, the Flip series is designed to imitate the form factor of a classic flip phone. You can’t do much from the outside, but you’ll end up with a smaller, more pocketable device that still packs a sizable display.

Getting right to the internal display, it’s a 6.7-inch FHD+ display just like last time around, though now with a faster 120Hz refresh rate. When folded, there is still a cover display, and this time, it’s a much bigger 1.9-inch panel that’s big enough to show a full text message or display additional information on a widget. The Flip 3 comes in at a tiny 72.2 x 86.4 x 17.1mm when folded up and weighs 183g, just a little more than the standard Galaxy S21. Like the Fold 3, Samsung also says the plastic outer layer of the Flip’s main display is 80% stronger, but it won’t work with the S Pen. The hardware is also IPX8 water-resistant.

Looking at the spec sheet, there’s a Snapdragon 888 and its associated 5G at the core, mmWave included. That’s paired with 8GB of RAM and either 128GB or 256GB of internal storage. The package is powered by a 3,300 mAh battery that accepts 15W wired charging and 10W wireless.

In the camera department, Samsung is offering a 10MP selfie camera on the internal display with a duo of 12MP sensors on the outside. One is a standard lens with the other ultrawide, both using Corning DX glass.

Rounding out the spec sheet, there’s NFC and MST for mobile payments (depending on region), stereo speakers, and a fingerprint sensor on the side for biometrics. Connectivity includes a single SIM slot and an eSIM, too, depending on region.

As for colors, Samsung will sell the Flip 3 in black, green, lavender, and cream, with gray, white, and pink colors available exclusively from Samsung.com. Samsung also has some unorthodox cases with bright colors, straps, and keyrings available.

The big story with the Galaxy Z Flip 3, though, is most certainly the price tag. This is the first mainstream foldable to crack the “triple-digit barrier,” dropping from the $1,200-$1,400 prices of previous generations to $999. That places its price right alongside the Galaxy S21+, a device with similar specs and the same 6.7-inch display.

As we covered in a review last year, the Flip’s form factor comes with some inherent disadvantages, but also some notable advantages too. If it seems worthwhile to you, pre-orders start today and run through August 26, with the release just one day later. Those early orders come with a $150 Samsung credit, and you can trade in up to four devices for up to $500 off the phone’s cost.