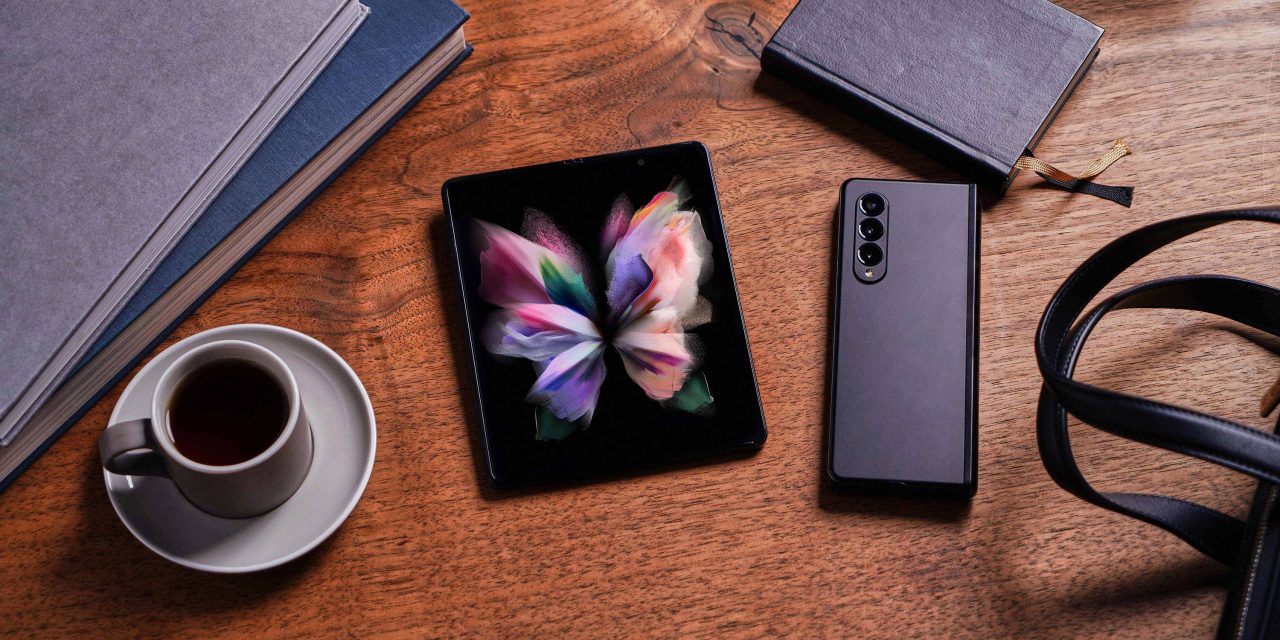 Foldable smartphones are no longer a brand-new technology, but they’re still working to be as good as a traditional form factor. Today, Samsung is taking its biggest leap yet toward a durable foldable with the Galaxy Z Fold 3. Here’s what you need to know.

The Galaxy Z Fold 3, much like its predecessors of the same “Fold” name, is a “book-style” foldable. That means it has a “cover” display on the outside that works much like a traditional smartphone, but unfolds along a vertical axis to reveal a larger internal display. In terms of size, it’s virtually identical to the Galaxy Z Fold 2 with a 6.2-inch outer display and 7.6-inch inner display. That’s not to say improvements can’t be found, though.

With the outer display, Samsung is upgrading the HD+ panel with a faster 120Hz refresh rate without sacrificing on resolution or the SuperAMOLED tech. The inner display, meanwhile, is the same 7.6-inch 120Hz panel, but this time with thinner bezels for an overall smaller footprint, 67.1 x 158.2 x 16.0mm when folded and 128.1 x 158.2 x 6.4mm when opened up. Weight also drops a bit to 271g.

There’s also a selfie camera that hides underneath the inner display, a first for any Samsung product. You’ll take a hit on quality at just 4MP, but the outer display has its own 10MP selfie camera and you can also use the rear shooters with the cover display for even better quality.

Sticking with the hardware, Samsung has only marginally altered the design with more rounded corners and an updated design for the camera module. The cameras themselves, though, are mostly unchanged from the Fold 2 with a trio of 12MP sensors (standard, ultrawide, telephoto), only using Corning DX+ glass overtop this time.

Durability is a clear area Samsung tried to improve on the Fold 3, too. The entire package now offers actual water resistance rated at IPX8, which should mean that an accidental drop in water, spill, or getting caught in the rain should leave the device just fine. Samsung also says that the top plastic layer of the Fold 3’s display is 80% stronger than the Fold 2 and should feel “smoother” to the touch.

On the note of that display, Samsung has also managed to bring the S Pen to its foldables. You’ll get the same accurate and low-latency writing as the Note series is known for, but with a special S Pen “Fold Edition” that has a retractable tip to prevent damage to the screen. A special case will also be available to hold the stylus, but neither are included and the S Pen won’t work on the outer display.

Under the hood, the Galaxy Z Fold 3 offers up the Snapdragon 888 processor with its full 5G support including mmWave. That’s paired with 12GB of RAM on all models and either 256GB or 512GB of storage. There’s no microSD card slot, or headphone jack for that matter. Stereo speakers are also here.

On of the few downgrades comes in the battery department, where Fold 3 drops down from 4,500 mAh to 4,400 mAh. Charging remains the same with USB-C up to 25W and wireless charging up to 10W.

Rounding things out, the phone runs on Android 11, supports one nanoSIM and eSIM depending on model/region, and has NFC and MST for mobile payments, the latter being only for Samsung Pay (and depending on region). Biometrics are limited to a side-mounted fingerprint sensor, though there’s also the option for camera-based face unlock. Colors include Phantom Black, Phantom Green, and Phantom Silver.

Pre-orders open today from Samsung.com and other retailers, with Samsung offering $200 in credit with your purchase. The company is also offering its Care+ plan for three years, with the first year having no monthly payment. Samsung Z Premier is also sticking around with VIP perks, financing is available for as low as $28/month, and Samsung will let you trade in up to four devices for up to $800 off the Fold 3. Shipments start on August 27.