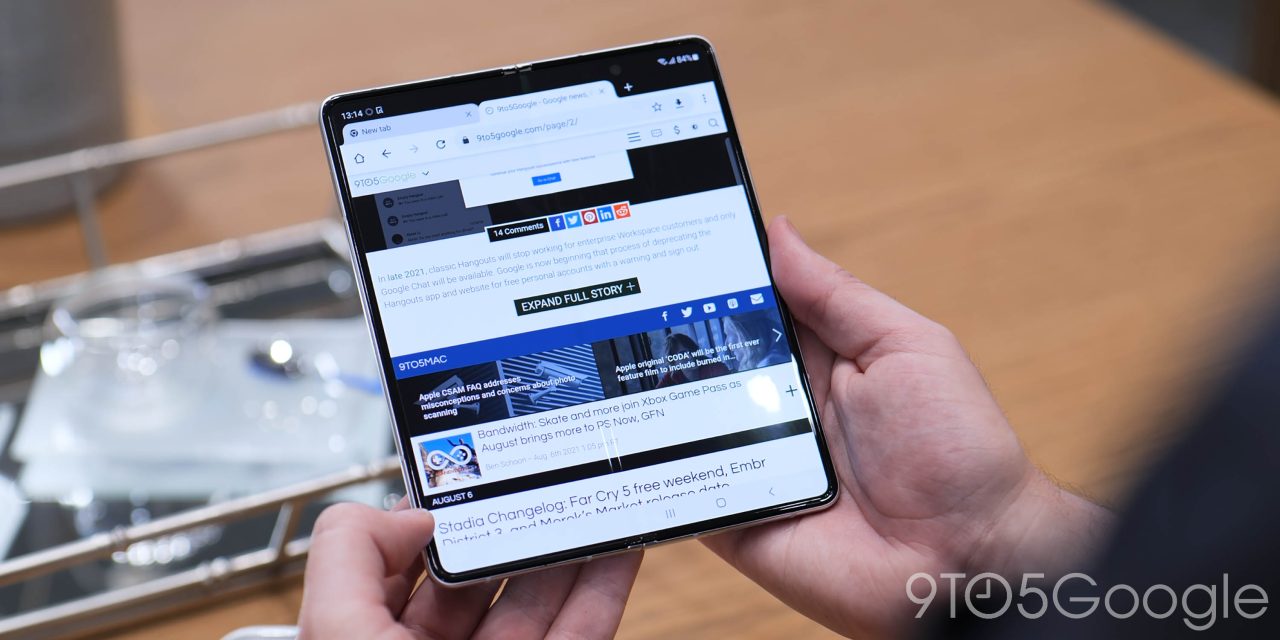 Samsung had a strong showing this week at its Galaxy Unpacked event, showcasing their latest foldable phones alongside a pair of Wear OS-based smartwatches. Here are the many ways to pre-order the new Samsung Galaxy Z Fold 3 and Z Flip 3, as well as the best deals for each of them.

As the Samsung Galaxy S series have become the essential Android smartphone and the biggest competitor to Apple’s iPhones, you can buy them just about anywhere that phones are sold. But the same can’t yet be said for Samsung’s foldables like the Z Flip 3 and Z Fold 3, which are available at the major carriers and select retailers.

Incredibly, Samsung has managed to bring the price of foldables lower than ever before, setting the Galaxy Z Flip 3 at the accessible retail price of $999, down $200 from the Z Flip 5G. Meanwhile, the Galaxy Z Fold 3, Samsung’s luxury foldable that effectively doubles as a tablet, is also getting a $200 reduction from last year, for a retail price of $1799.

To incentivize pre-orders, Samsung is offering a credit — $150 for Galaxy Z Flip 3 and $200 for Z Fold 3 — to their own store, found in the Shop Samsung app. Either of these credits should be enough to purchase a set of the new Galaxy Buds 2 that were also unveiled this week, or put a dent in the retail price of the Galaxy Watch 4 or Watch 4 Classic.

Pre-orders for the new foldable phones are open now, with general sales set to begin on August 27.

For the most part, buying unlocked is the best way to get a smartphone, but this isn’t always true for Samsung phones. Sometimes carrier-purchased Galaxy phones receive updates faster than an unlocked one, but not being locked down to any particular carrier is a good feeling.

If you plan on trading a device, you can receive as much as $800 in trade-in credit from Shop Samsung to put toward your Galaxy Z Fold 3 or Z Flip 3 purchase.

If you simply must buy your new foldable through a carrier, Verizon is the one to pick, especially if you’re buying for yourself and another person.

New Verizon customers can take $1000 off the price of either of Samsung’s new foldables, along with up to an additional $500 prepaid card if switching from your current carrier would incur a fee. If you’re looking to get two phones, with purchase of a Galaxy Z Flip 3 or Z Fold 3, Verizon will give you a 128GB Galaxy Z Flip 3 for free to customers select Unlimited plans — though you’ll need to start a new line or be a new customer. Existing unlimited plan customers can take up to $500 off with a trade-in.

For buyers of the Galaxy Z Fold 3, Verizon is offering a free (with purchase) accessory bundle with the Samsung Fold Cover and S Pen, while supplies last. Verizon’s entire stock of Galaxy Z Fold 3 and Z Flip 3 cases, screen protectors, and Samsung-branded wireless chargers is being discounted by 25% during the pre-order window.

Of course, these Verizon deals still stack with the up to $200 Samsung Shop credit above.

The fully-merged T-Mobile/Sprint is pushing hard for customers to get Samsung’s new foldables on their network. Combining an installment plan, trade-in, and T-Mobile’s Magenta MAX unlimited plan, you can get the Galaxy Z Flip 3 for free or get $1000 off the price of the Z Fold 3. Or, you can get $500 off either foldable on any plan with eligible trade in.

Samsung’s smartwatches are also steeply discounted at T-Mobile. With a new DIGITS line, you can get the 40mm Galaxy Watch 4 for free through 24 bill credits. Or, with two qualifying lines, T-Mobile is offering a buy one, get one free deal for the Galaxy Watch 4 Classic. Relatedly, the new Galaxy Tab S7 FE is available half-off with a new line.

If you’re interested in pairing your new foldable with a smartwatch, AT&T is offering a buy one, get one free deal for the Galaxy Watch 4 series, if you buy both watches on a qualified installment plan with wireless service. Otherwise, all Samsung accessories are available for 50% off with purchase of a device.

For the gamers, AT&T and Google are currently giving 6 free months of Stadia Pro to customers who buy 5G compatible phones like the Galaxy Z Fold 3 and Z Flip 3.

If you’re looking for an alternative carrier from which to pick up the Galaxy Z Flip 3 or Z Fold 3, there are quite a few others to choose from.