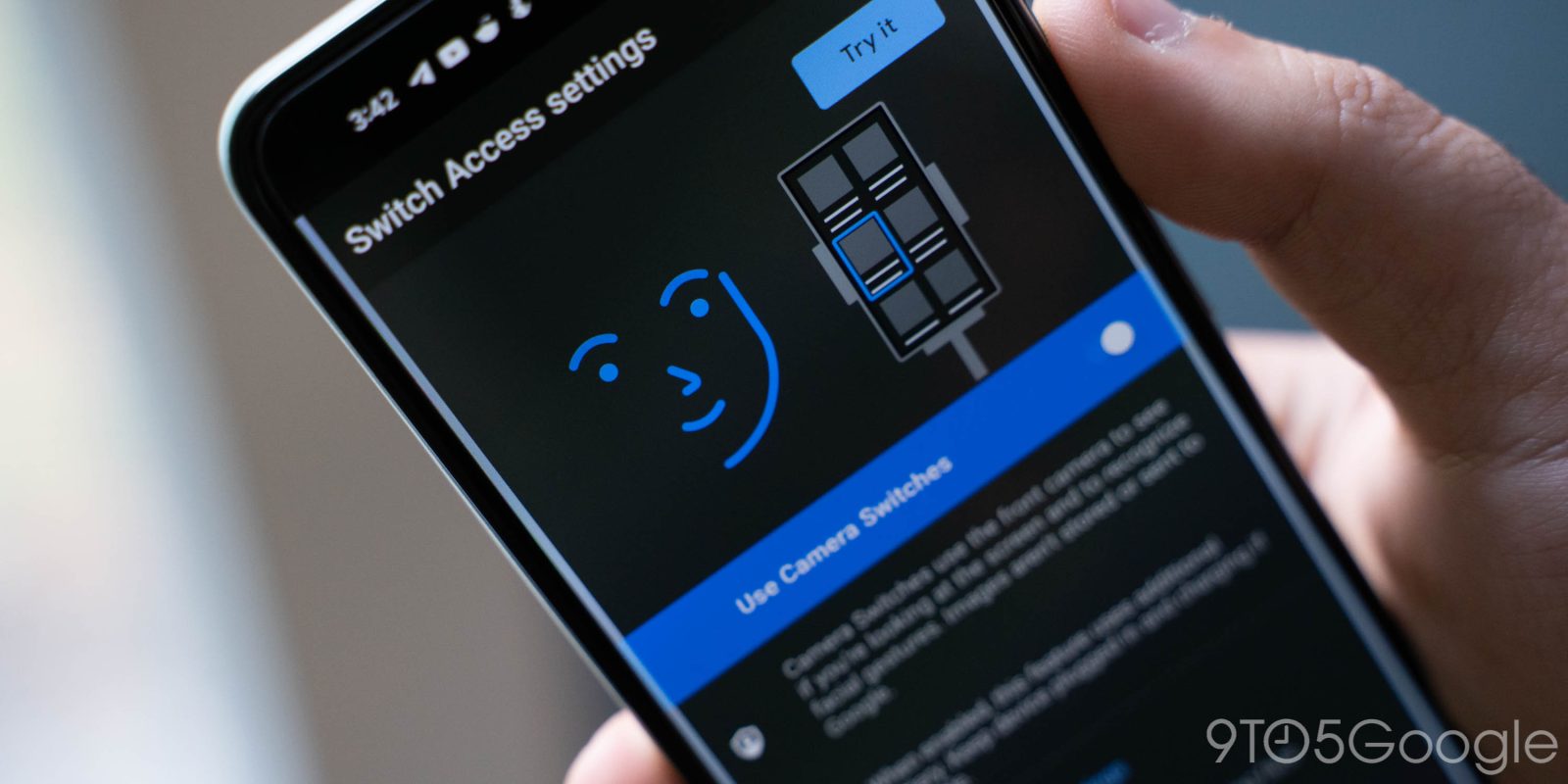 Google has long supported “Switch Access” as an accessibility feature that allows accessories to be used over Bluetooth or USB to highlight and select touch targets in Android. With an update to the Android Accessibility Suite, Google has quietly added “Camera Switch” to that list, for Pixel phones only for now, which allows the phone to be controlled by facial expressions.

The facial expressions that can be performed include opening your mouth, smiling, raising your eyebrows, and looking left, right, or up. The feature will, by default, ask for the user to set expressions for next, select, and “pause,” which stops the phone from recognizing other gestures temporarily. Other actions include previous, touch & hold, scroll forward/backward, home, back, notifications, quick settings, and overview/multitasking.

When the feature is active, you’ll get a constant notification saying that the camera is in use. Google also adds a notice to the Settings page saying that battery drain will happen when using the feature, so using it while charging is recommended. Google also notes that all processing is done on-device with no images being sent to the company. As XDA notes, the feature is only available at the moment to Pixel owners on Android 12, but it seems to work on Android 11 when sideloaded as well.