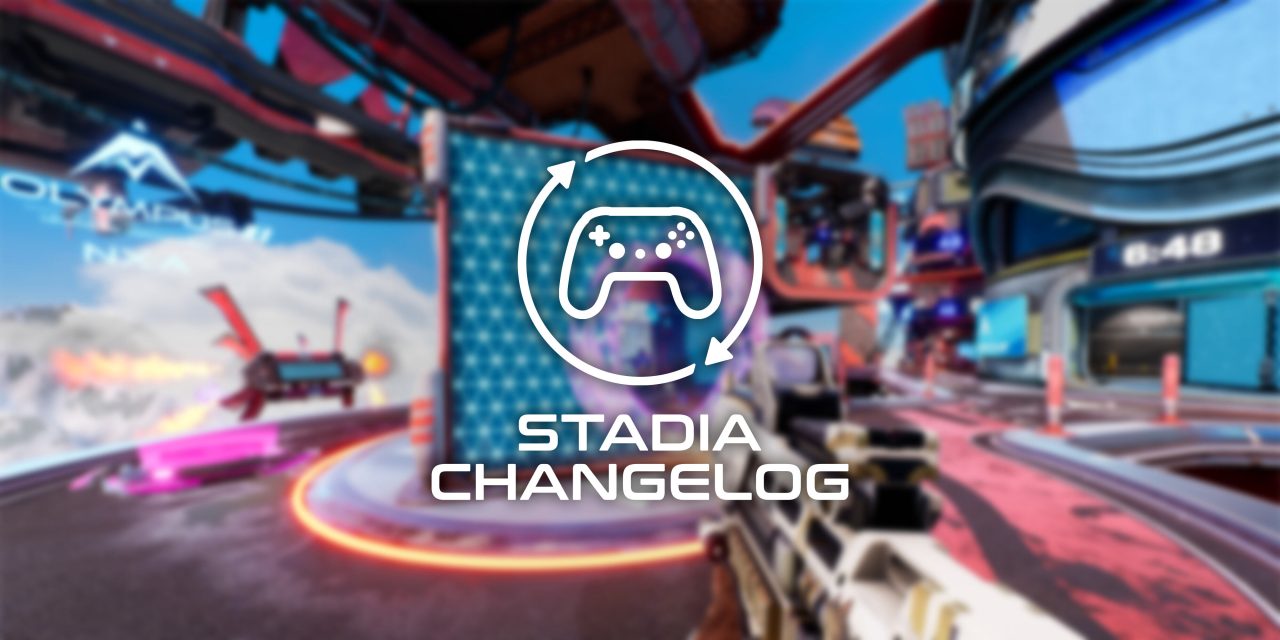 The latest shooter grabbing attention from gamers is Splitgate, and while there’s no guarantee, it was this week revealed that the door is certainly open to the game’s future arrival on Google Stadia.

There were three big releases on Google Stadia this week, kicking off with EA’s Madden NFL 22. The game, which officially released this week, saw a day-and-date release across Stadia and other platforms. Another day-and-date release was Humankind, which also has exclusive touch controls on Stadia. Finally, the platform also picked up a timed exclusive in Young Souls.

As of this week, Google has added 68 games to Stadia in calendar year 2021 on its way to the promise of at least 100 titles added this year.

While there were no new formal announcements this week, there is one big point of excitement for what might be coming to Google’s cloud gaming platform. In response to a Twitter query, the developers behind the newly popular release Splitgate confirmed that the door is definitely open to the game coming to Stadia. The developers explain that there’s no guarantee but that they want to see Splitgate released on “every viable platform.” They also pointed out that Splitgate is available natively on Linux, which is the foundation for games ported to Google Stadia. The developers warn players, “don’t hold your breath yet,” but tease that “one day,” it may just happen.

The Stadia community is known for rallying behind games that express even the slightest interest in a new title arriving, and it seems to get Google’s attention more often than not. For now, though, we’ll just have to wait and see what happens with Splitgate and the possibility of it hitting Stadia.

While it got off to a rocky start, the Square Enix-backed Marvel’s Avengers game is picking up steam. Following its last two expansions centered around Kate Bishop and Clint Barton’s Hawkeye, the latest expansion involves Black Panther in the “War for Wakanda.” The update was released on Stadia this week alongside other platforms. The story expansion is free to all players, and a new “Endgame Edition” has also been released, with special character outfits included for free. If you already own the game, the “Endgame Upgrade” costs $20.

Another game that launched to a rough start is also getting a big update this week. Cyberpunk 2077 picked up the version 1.3 update this week simultaneously with PCs and consoles. The full changelog is available here, but the most notable change is the arrival of three new DLC expansions.

The indie title Blue Fire picked up a new update recently on other platforms, but it’s a bit delayed on Stadia. The developers confirmed that the update will hit Stadia at some point next week and was delayed due to “the way porting was handled.”

In the latest free play event for Stadia Pro subscribers, Elder Scrolls Online is free to play right alongside the title’s new “Waking Flame” update. Unlike some previous offers, though, this free play event is lasting considerably longer, from August 17 to August 30. The base game is also now on sale for just $8

Continue your Gates of Oblivion year-long adventure in The Elder Scrolls Online: Waking Flame. Discover two challenging new dungeons and unravel the schemes of Mehrunes Dagon. What you discover within the depths of the Red Petal Bastion and Dread Cellar will have dire repercussions for all the people of Tamriel, and all roads lead to the Deadlands. The Elder Scrolls Online: Waking Flame arrives on Stadia* on August 23.

A new bug-fixing update was released for PUBG this week on Stadia and PlayStation, soon to come to Xbox. The update fixes a delay with messages that occurred during the game’s Zombie Survival mode.

Following the release in 2019, Dead by Daylight confirmed this week that the game’s popular Stranger Things content will be leaving this November. This, most notably, includes the Hawkings National Laboratory map.