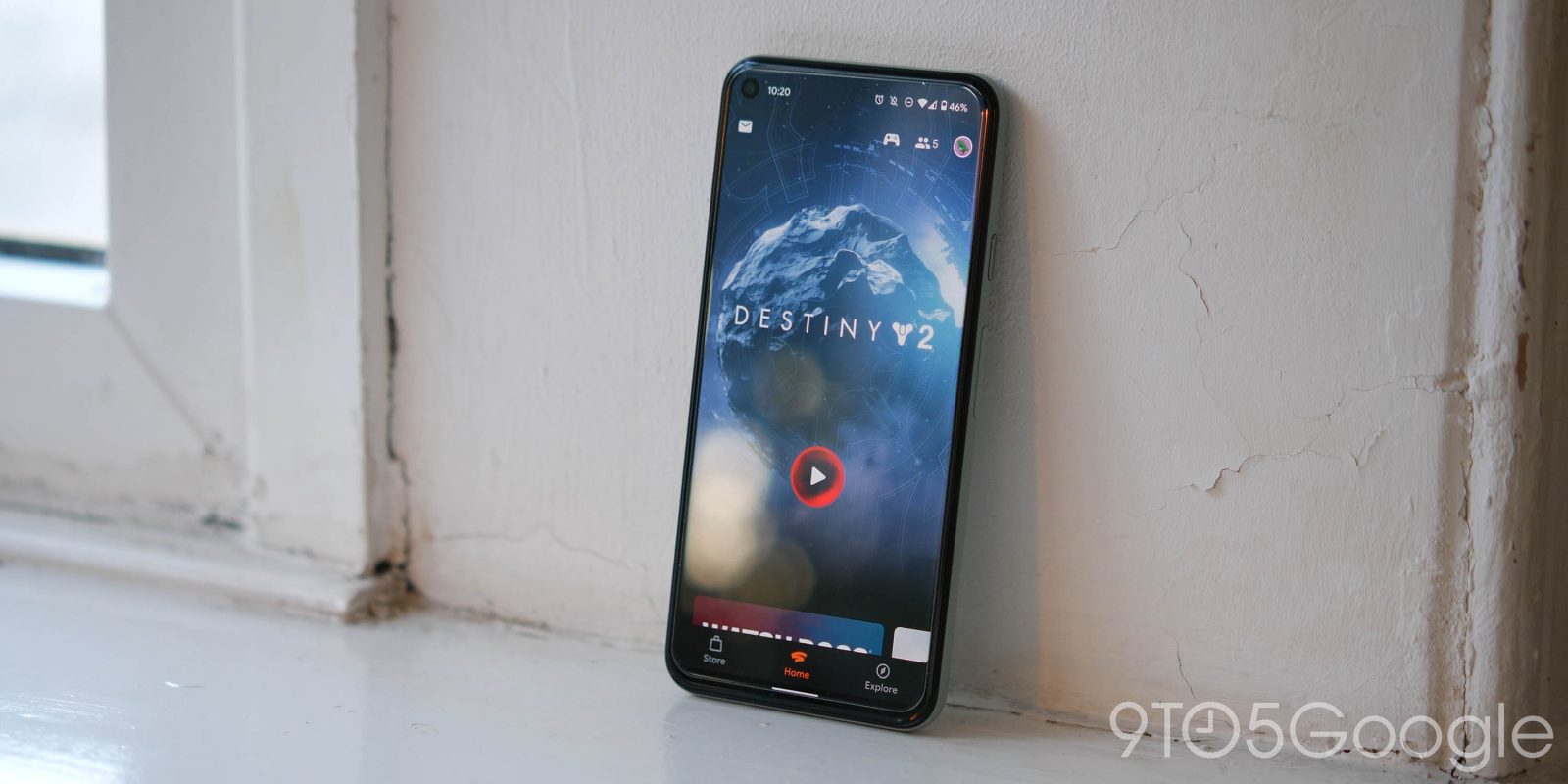 The latest update to the Stadia app, version 3.31, includes continued work toward a touch gamepad for Android TV, a new “magic linking” method for controllers, and more.

The biggest changes we’ve found in Stadia 3.31 relate to “Bridge Mode” — a feature we’ve been tracking for a few months now — including the feature being renamed to “Play on TV.”

To quickly recap, Bridge Mode seems to be a way to connect a third-party game controller to your phone via USB or Bluetooth then connect your phone via WiFi to Stadia, “bridging” your controller to a Stadia session happening on another screen. In the absence of a physical controller, there will also be the option to play using touchscreen controls.

With the latest update to the Stadia app, we have new images to showcase the feature, as well as two images that seem to show the status of an ongoing connection.

Many of the added texts point to the feature being further along in development, though there’s still no sign of it being available in the app today. One text explicitly calls it out as being used to “play on Android TV” while in another place the phrase “play on any screen” is used.

Play on a TV: Use this phone as a controller to play on an Android TV. First, make sure that this phone is connected to the same Wi-Fi network as your TV. Then use the button below to get started.

Use touch controls on your phone as a virtual controller to play on any screen.

This controller is now connected to your phone.

Start a game and this controller will be ready to use.

Another notable detail we find is that while your phone is bridging a controller to another device, you’ll need to keep the Stadia app in the foreground for your button presses to be sent.

Throughout this latest update, there are repeated mentions of something called “magic linking.” From what we can piece together, it looks like magic linking is an upcoming alternative to the current process of pressing four buttons to pair a Stadia Controller to a device.

The only other clue we have to how “magic linking” works is that it seems to be related to Bridge Mode.

Our current theory is that when using your Android phone as a controller, it may be able to automatically pair to an active Stadia session on your account. That said, things are still too early along to be sure.

The biggest detractor of Stadia for Android, dating back to launch, is the inability to join a party chat or talk with friends in-game. With nearly every update to the Android app, we’ve seen signs of party chat coming to the platform.

In Stadia 3.31, we find yet more signs that voice chat is in the works, including a mention of “supported headsets.” The Stadia app now also seeks permission to scan and connect to Bluetooth devices, likely for the sake of a headset.

This device’s mic doesn’t work for chat right now, so please plug in a headset or connect one through USB

There is also a mention of “IARC ratings” in Stadia 3.31. Short for International Age Rating Coalition, the IARC offers something of a unified process for getting video games classified by the multiple age rating organizations around the world (ESRB, PEGI, USK, etc).

It’s possible that Stadia is simply looking to be one of the “participating storefronts” listed on the IARC website, which could help developers get their games onto Stadia faster with a streamlined ratings price.