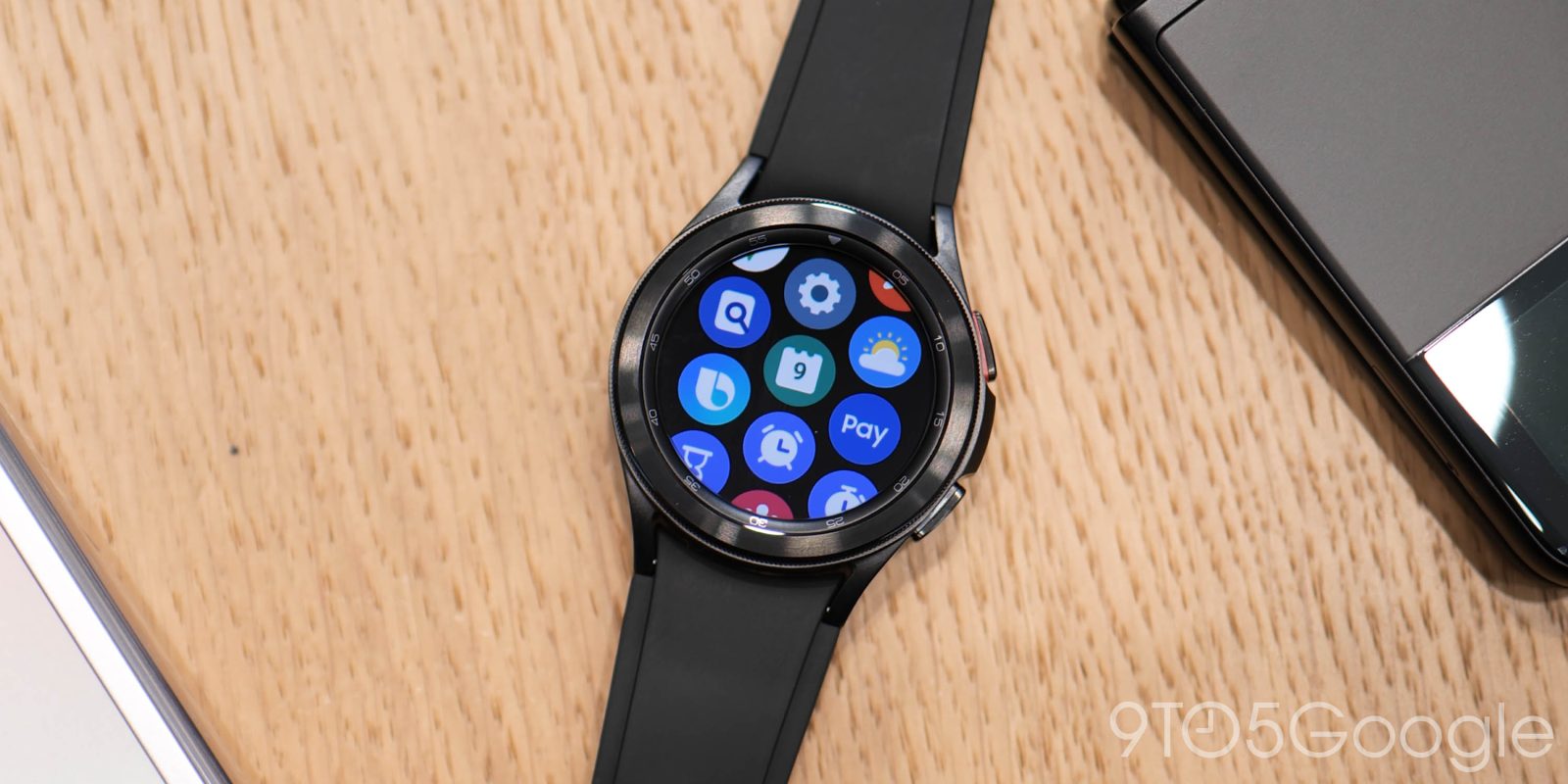 The first post-launch update is now rolling out for the Galaxy Watch 4 and Watch 4 Classic with the OTA patch, bringing Samsung Health to the settings section of the device, plus more.

Spotted by TizenHelp, firmware version R8**XXU1BUH9 is now rolling out for the Galaxy Watch 4 and Watch 4 Classic with notable changes including the Samsung Health addition in the Settings menu. The app is pre-installed, but unlike on previous generations of Tizen-powered Galaxy watches, you were unable to locate and manage specific Samsung Health metrics from within the Settings app. This update brings feature parity with older hardware in that regard.

While that is a notable tweak, you’re also now able to cancel automatic workout detection thanks to a new toggle that will let you stop any detected workouts. Volume controls have also been added to the quick settings panel, helping you adjust device audio levels far more quickly and easily.

The final new addition in the ~300MB update package relates to workout and calorie tracking when in specific cycling exercises, while there are generic stability and performance-related improvements also included.

If you have grabbed the Galaxy Watch 4 or Watch 4 Classic, then you should be able to grab the OTA update with the new Samsung Health section in settings plus more in European regions and the US.