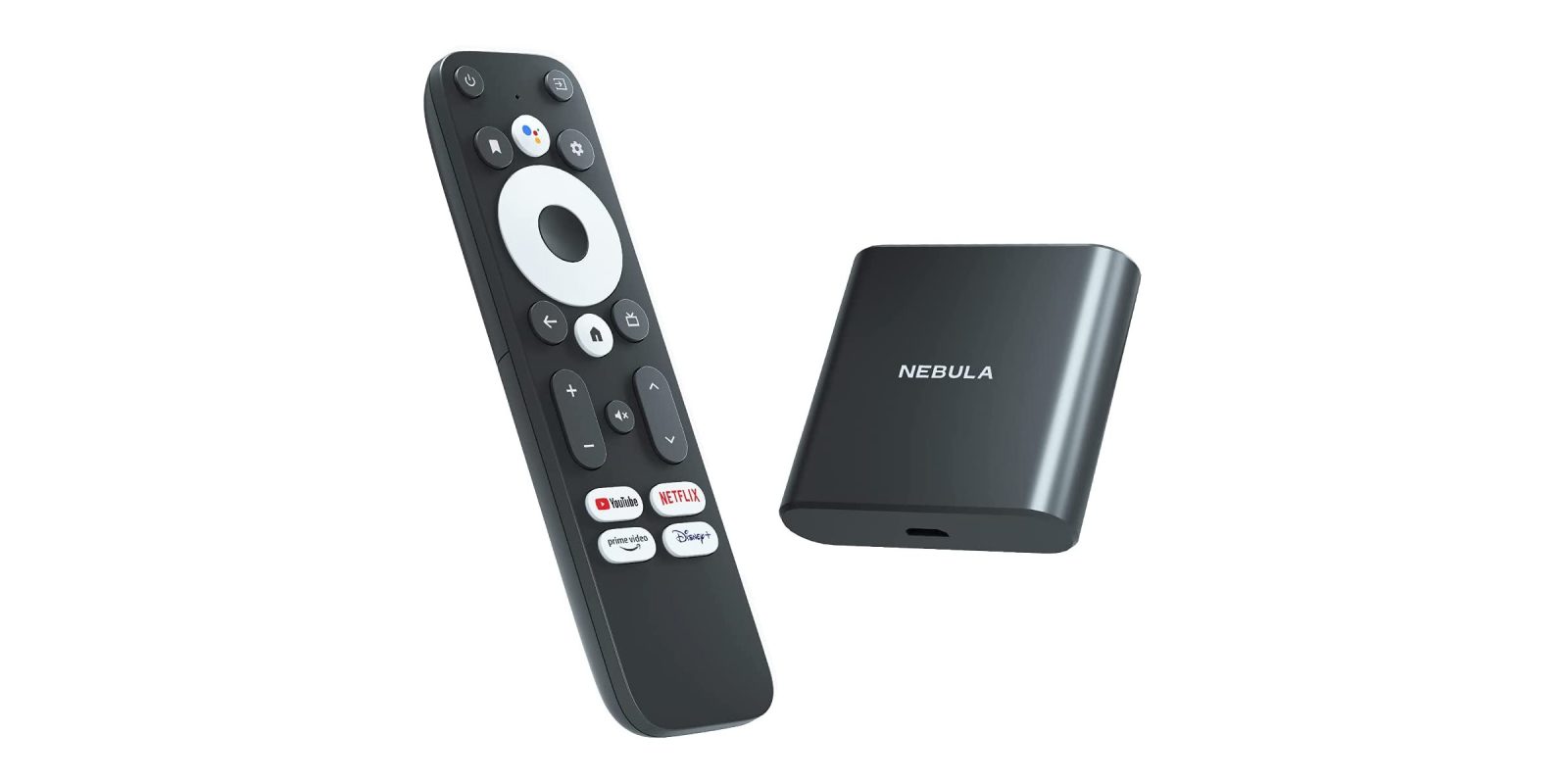 As we reported earlier this year, Anker-brand Nebula has quietly released its Android TV streaming dongle this week with Google’s reference design remote and a fairly hefty price tag.

Available now for $89.99 on Amazon, the Nebula 4K streaming dongle with Android TV is a pretty standard package. The dongle itself has a design with no built-in cable, instead offering a microUSB port on one side for power and an HDMI port on the other side for display output. Both cables are included, as is a power brick and pair of AAA batteries.

It’s noted in the description that this Nebula Android TV dongle runs Android 10 out of the box and supports HDMI 2.1 output. 4K and HDR support as well as Dolby Digital Plus audio. This is nothing out of the ordinary for most Android TV devices. The spec sheet is rounded out with 2GB of RAM and 8GB of storage. The processor in use is not mentioned.

One of the bigger attractions is the remote, which is using Google’s G10 reference design we went hands-on with earlier this year. Nebula assigned the shortcut buttons to YouTube, Netflix, Prime Video, and Disney+.

In the current US market, Anker’s option seems like a fairly tough sell. While the Google G10 remote is a definite selling point, the $89 price tag is much higher than the Walmart Onn option with similar specs and the same remote for $29. It’s also much higher than the Chromecast with Google TV which has the upgraded Google TV UI for $49.