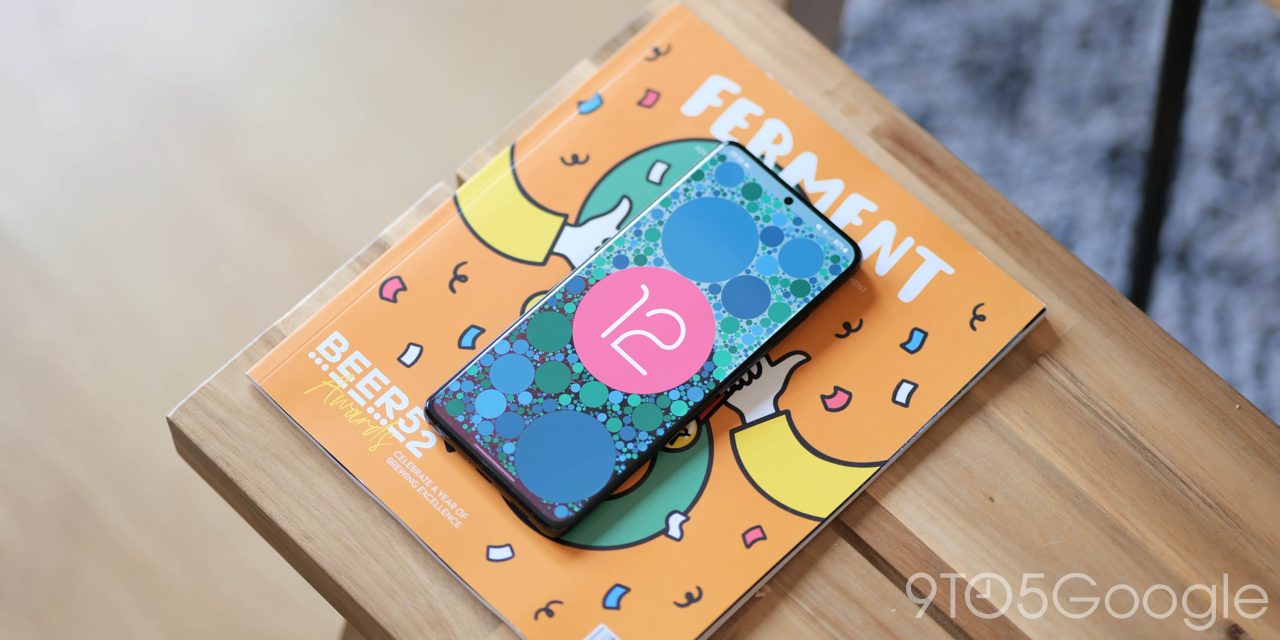 The fact that we haven’t seen a stable Android 12 release means that at least Samsung has the opportunity to catch up to Google with their One UI 4.0 Beta 2 update.

Although it’s quite unlikely, we could have a situation where the first stable Android 12 update comes to a non-Pixel device. That would be a real shock, but given that Samsung is only pushing the second One UI 4.0 beta based upon Android 12, we’d be very surprised, to say the least.

Here’s everything notable in the latest Android 12-based update for Samsung Galaxy devices:

A huge component of Android 12 on Pixel phones is now available as part of One UI 4.0 Beta 2 but with a few Samsung-ish tweaks in tow. “Color theme,” as Samsung has renamed it, is the Korean firm’s take on Dynamic Color and the “Monet” theming system seen on Pixel hardware.

From your homescreen, long-press in an empty space or pinch to zoom outwards and head to Wallpapers > Color theme. From this new panel you’ll be able to choose a three-color theme based upon your on-device wallpaper. You can leave it as the preset blue, white, and black setup or select one of up to four patterns determined by your device.

You’ll see a nice preview pane above showing just what colors will be adopted across your device too. The effect isn’t nearly as obvious as it is on Pixels, but it does work across almost all core One UI 4.0 system areas — including notification toggles and the lockscreen.

It’s worth noting that the change is very noticeable but not quite as extensive as you might expect. Instead, it’s more of an accent addition that tweaks some UI elements but doesn’t appear to work with any of Google’s recently updated and tuned first-party applications including Messages, Gmail and many more.

You’ll still see the Material You tweaks on those apps, but for now at least, most will just adhere to the stock or standard colors applied. Some apps are fully themed but will depend heavily upon which version you have installed or have updated. A fine example is the Google Podcasts app, which will adjust based upon your wallpaper-based “Color theme” accenting.

Because of the inherent changes to apps as a result of your system accent color, “Color theme” changes just how you’ll experience Android 12 on your Samsung Galaxy device. Google is pushing it hard for Pixel, and it was initially expected to be limited to Made by Google devices but the arrival here in One UI 4.0 Beta 2 is far earlier than expected.

To explain, “RAM Plus” is a feature that uses a portion of your on-device storage to create “virtual RAM” that ups the limit on your Galaxy smartphone. For higher-end Samsung Galaxy smartphones in excess of 8-12GB of RAM, this probably isn’t even an issue, but for the low-end devices with hardware limits, this could be a real way to expand or improve general performance levels.

In One UI 4.0 Beta 2 you can’t actually disable “RAM Plus” as it’s simply enabled by default. You can see just how much space is being used by heading to Settings > Device care > Memory. Here you’ll be able to clear or free up RAM as well as see just how much “virtual memory” is being adopted where the system deems necessary.

We’re not sure if this will decrease or automatically disable if you lack the available space, but it appears to be capped at 4GB. It’s also worth noting that this isn’t the same as physically adding 4GB of RAM to your device, but it might help if heavy apps are taking up system resources or you want to play more demanding games and are happy to sacrifice other app performance levels. It’s worth noting that this has already been released to some mid-rangers from Samsung, including the Galaxy A52 and even the brand-new Z Fold 3, but joining the main One UI 4.0 build could expand it to all devices.

When initiating a video call, you have more options at your fingertips as part of the “Video call effects” floating panel after updating to One UI 4.0 Beta 2. These include the ability to adjust background blur effects or add a color/image. Effectively, this simply mimics the kind of things you can already do in the various calling apps like Zoom, Google Meet, and others, but this works on any app that your Galaxy device detects as a video calling app.

Enhancing those controls is a new “Mic mode” option that lets you choose just what audio is picked up when making video calls. There’s a “Standard” mode that works just as you expect, a “Voice focus” option that attempts to cut out any annoying background noise but a neat option for group or family calls is an option labeled “All sound.” When making large group calls — something fairly normal since the start of the pandemic — this might help as it boosts the audio picked up in the vicinity of your phone.

It’s almost as if Samsung lifted the ability to edit and adjust the time and date metadata from images in the Gallery app right from Google Photos — although it’s simply a highly requested feature. Tapping the overflow menu and then selecting details opens up the metadata menu for any image within the Samsung Gallery app.

From here you’re able to edit everything from the photo name, the location it was taken, and even the time and date — complete with Dynamic Color supporting time and date picker. Not having to upload to Google Photos or use another third-party app is likely a massive added feature for many that use the default gallery app on their Galaxy devices.

Not necessarily a massive update but provided you are using “Color theme” on your device, the Android 12 easter egg will adhere to your preset theme — just like it does on Pixel smartphones running the Android 12 Beta. Is this is an important change? No, but it’s nice all the same.

If you want to try this modest set of additional features alongside the previous — and more extensive add-ons — then you’ll need to sign up the One UI 4.0 Beta via the Samsung Members app. At this stage it has only rolled out in the US and UK, but more regions will get access to this Android 12 preview over the coming days.

However, at this stage, we’d suggest holding on a little longer. Although this update includes a number of bug fixes, performance can be quite unstable at times with texture pop-in and lag in certain apps when scrolling. Beta 3 will hopefully add a bit more stability but for now it’s a more miss than hit in our shot time delving into the features on offer here.

What do you want to see in future One UI 4.0 builds?

One UI 4.0 Beta 2 is a very small update in terms of outright features, but given just how comprehensive Samsung’s software skin is compared to the more vanilla builds of Android, it’s hard to expect sweeping changes with every OTA upgrade.