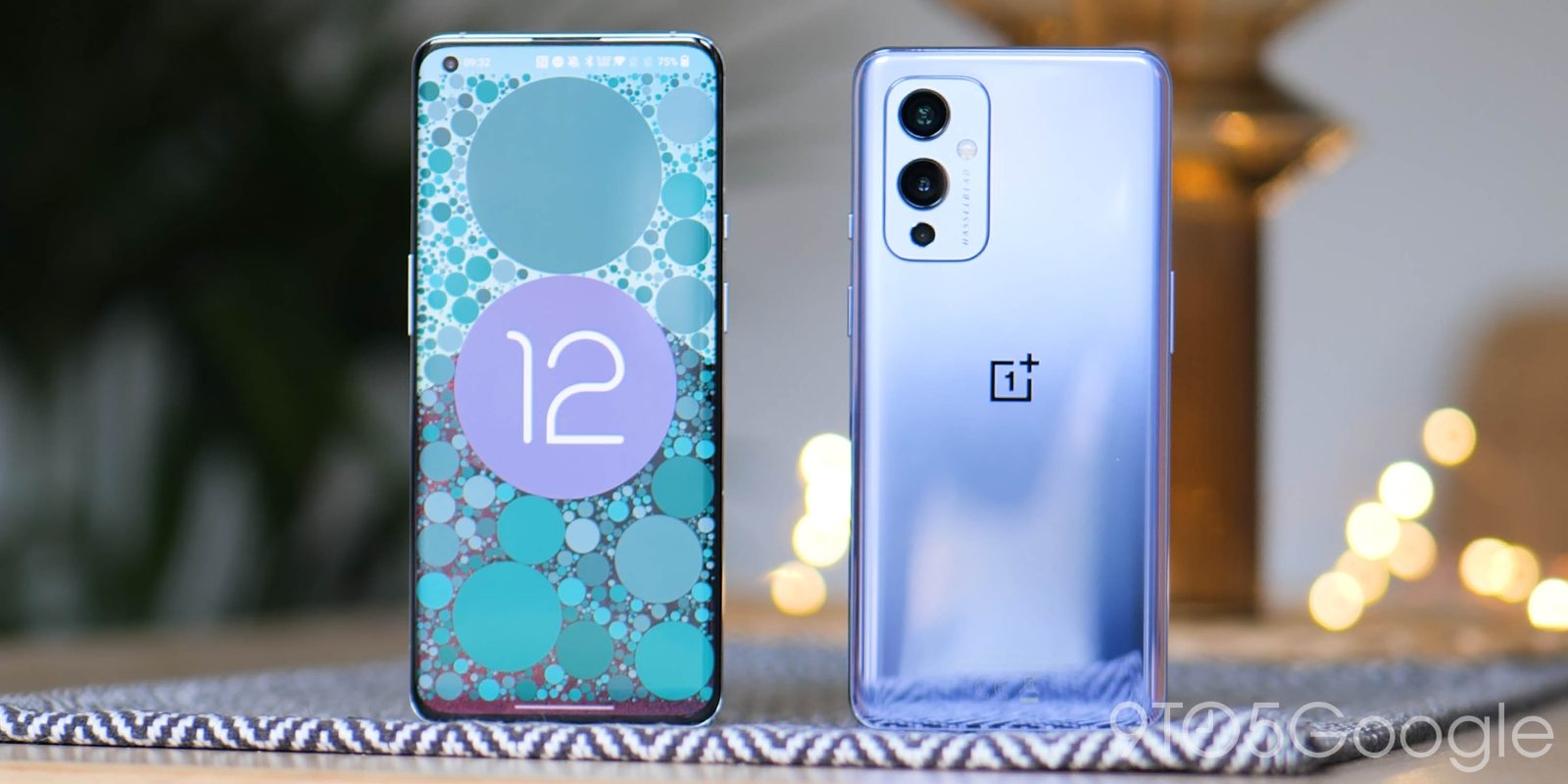 Back when Android 11 launched for OnePlus devices we thought that fans would be annoyed. Well, expect that frustration to evolve into outright fury with OxygenOS 12.0.

So for those out of the loop – which likely won’t include many diehard OnePlus fans – OxygenOS is set to be merged with Oppo’s ColorOS. Android 12 is the first major release since confirmation of this merger came from OnePlus directly.

At this stage, it’s worth noting that Android 12, and therefore OxygenOS 12.0, is only here in beta form right now. If you have a OnePlus 9 or 9 Pro then you can sideload the .zip file and try it out for yourself, but we’d say it’s not worth it at this stage. First, if you’re used to OxygenOS 10 or 11 and like the fairly lightweight tweaks made to AOSP then you might actively hate this latest update. Secondly, this is a beta after all and that means bugs and some potential problems to contend with.

Video – OxygenOS 12.0 hands-on: More than a hint of ColorOS

There are more than just a few minor changes in how the UI looks, feels, and operates in OxygenOS 12.0 – not least because this is now built upon ColorOS’s default launcher. The actual homescreen experience is very familiar but you’ll notice little changes that start to quickly add up to a notable overhaul.

When attempting to make changes using the customization screen you’ll instantly spot that the UI replicates that screen on ColorOS devices. It’s more in-depth but is a substantial departure from previous versions of OxygenOS. It feels as though the OnePlus identity is being shelved in favor of Oppo’s one-size-fits-all approach that sometimes can feel heavily inspired by iOS.

If you remove an app from your homescreen there is a new pop-up to confirm. You’ll need to delve into the app drawer or individual app settings to delete apps from your device too. This is a slower process and although you couldn’t delete apps in this manner previously, it makes less sense for usability when compared directly to older OxygenOS versions.

The Settings menu changes paint a clearer picture of the modifications made to OxygenOS 12.0 to ensure it more closely mimics that of ColorOS. Things just feel “different” and for hardcore OnePlus fans this is a big change that you will have to decide if you’re happy with for youreself.

Sections such as the “Battery” and “About phone” pages show some notable tweaks that scream ColorOS. This is still a beta, so there are a few things that don’t make sense like the incorrect processor being detected on the OnePlus 9 Pro. That said, even at this stage, the performance is overall fairly solid.

In the app drawer, there are some other tweaks including more obvious alphabetical tags for app search – which is a little buggy at this stage. This feature has been tweaked and more closely represents the ColorOS methodology.

As part of the wider changes to better mimic ColorOS, there are a few more icons to choose from when customizing your OnePlus smartphone. You can choose from multiple shapes including circular, hexagonal, squircle, and three others. The ART+ icon restyling helps ensure that your entire UI stays consistent.

The argument over which dark mode level is the best will likely never be settled, but kudos to OnePlus for adding scalable darkness settings for the system-wide theming. You’re not just forced to accept the default setting as three new options allow you to tweak the darkness if you’re not happy with OnePlus’s default dark theming.

Within device settings, you can choose between “Gentle,” “Medium,” and “Enhanced” dark mode options. Think of these options as gray, black, and AMOLED black. This setting does not apply to non-system apps.

While much of the UI has been shaved and honed to more closely align with ColorOS, there are some nice customization options added within OxygenOS 12.0. One such inclusion is that of “Inventive wallpapers” which can turn an existing image into an abstract design to adorn your homescreen.

This could be a hint of groundwork being laid before we get to see proper Material You and Dynamic Color tweaks come in a future OxygenOS 12.0 Beta update.

OxygenOS 12.0 is introducing greater controls over how apps are kept running in the background with the “Recent tasks manager” section. Effectively this lets you manage all apps you want to “lock” in memory, so they don’t need to refresh as often. These apps will still be held in RAM even when clearing apps, so they will be able to launch quickly.

It’s not actually a new feature as you have been able to “lock” apps in this manner for quite some time; however, the “Recent tasks manager” section is brand new and lets you see just what apps you want to actively lock and which are disabled. You can find it by heading to Settings > Home screen & lock screen > Recent tasks manager.

When you swipe down from the right side of your homescreen the new Shelf has been updated with greater customization options to better suit your use case. That includes things such as statistics and fitness info from the OnePlus Watch or even adding direct homescreen widgets.

This might help declutter things and ensure that you’re not clogging up other parts of your device while still giving you direct and controlled access. Scout, the universal device search, has also been added to Shelf in all regions after initially being limited to Indian OnePlus owners. It works very well so far and is a really welcome addition.

If you want to store things privately and securely, you’ll be able to use the enhanced Privacy safe feature in OxygenOS 12.0. This feature has been lifted directly from ColorOS and is available within the “Privacy” section within Settings.

Private safe lets you keep images, videos, audio files, documents, and more safely stashed out of the view of prying eyes. To set up you need to add some recovery information and, as you’d expect, screenshots and screen recording is blocked when in this section. Once enabled, in order to access the files you just touch and hold the tab bar on the homepage of apps such as “My Files” and “Photos.”

A step above the regular Digital Wellbeing options you’ll find in Android, Zen Mode is getting yet another set of upgrades and changes. There are now five different themes with new calming music added for good measure. These additions might not make you use Zen Mode if you haven’t before, but it’s still great to see the feature updated and enhanced.

There are numerous note-taking apps to choose from on Android but the redesigned OnePlus Notes app will be vying for your attention in OxygenOS 12.0 thanks to some added features and a new layout. It has been tweaked to be easier to navigate with more new features including the ability to doodle or sketch – a feature that was missing from previous versions.

One of the coolest customization features of OxygenOS 11.0 has been updated with the 12.0 update. In basic terms, the Canvas AOD lets you set an image as your wallpaper, and when the Always-on display is active a wireframe rendition of your wallpaper will be shown on your lock screen.

The update to version 2.0 adds more customization options and improves the accuracy and scaling of the wireframe effect. You can select from new presets that include crayon or pencil-style sketches or even neon-like outlines. You can even manually adjust each setting and color to suit your personal preferences.

While OxygenOS 12.0 may not include Material You tweaks or some other features available on Pixel phones, it adds ease of use to features like the Privacy Dashboard easier access to the microphone and camera. We’re hoping for some wider Dynamic Color support soon – as we’ve already seen Samsung add the feature in its own flavor of Android 12. However, we simply don’t know what else might join the party as the OxygenOS 12.0 Beta progresses.

What would you like to see in a future build or what are your thoughts of OxygenOS 12.0 moving closer to ColorOS? Let us know down in the comments section below.