‘Moto Watch 100’ is the next Motorola-branded wearable, Wear OS not confirmed 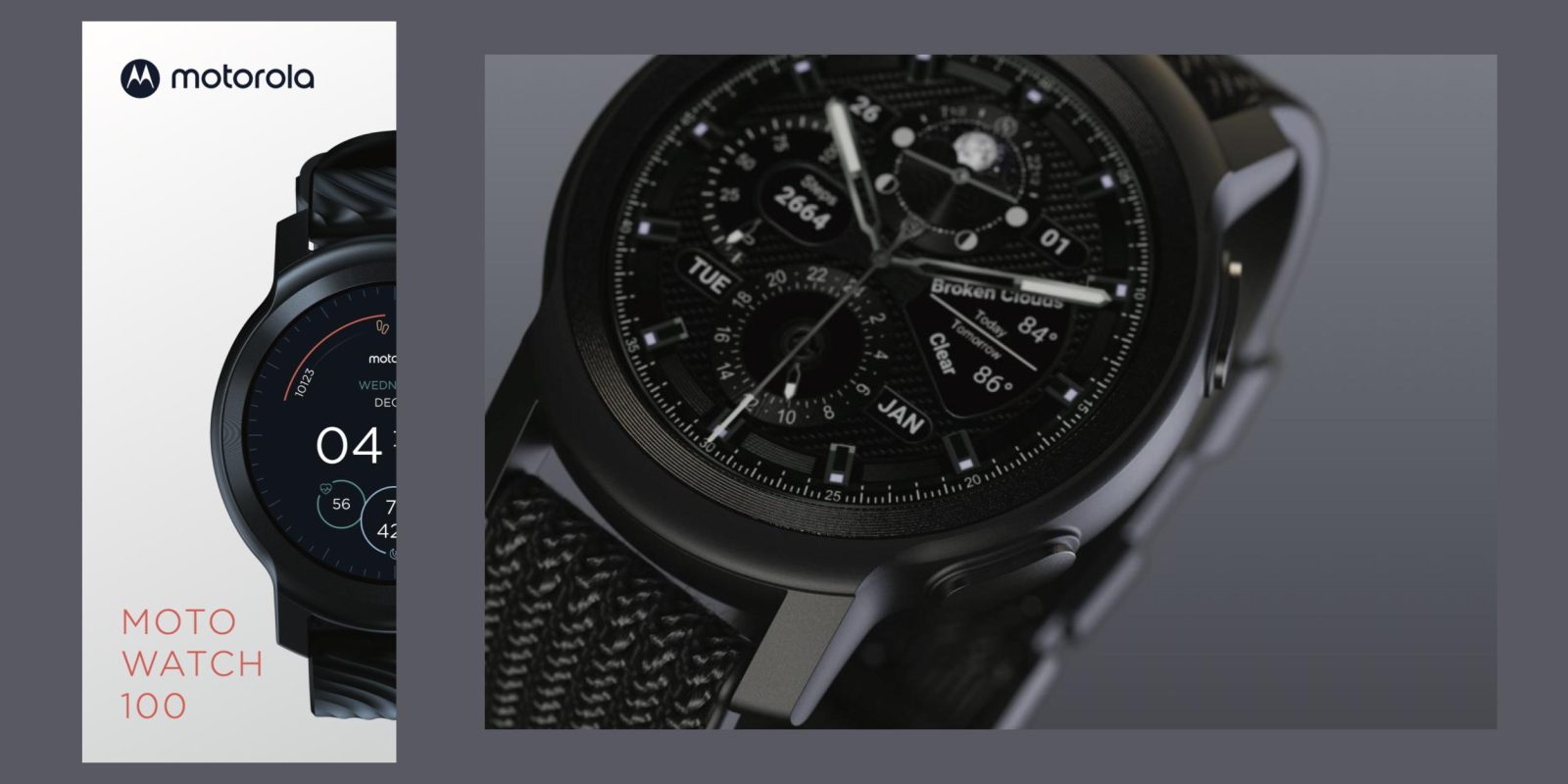 Back in February, an investor presentation revealed that new Motorola-branded smartwatches were in development for this year. While the original deadlines have slipped, the “Moto Watch 100” looks to be getting an announcement fairly soon.

Canadian company “eBuyNow” in early 2020 released the 3rd-generation Moto 360 following a licensing deal with Lenovo-owned Motorola. At the start of this year, that company merged with “CE Brands Inc” and also has a similar product arrangement with Kodak.

According to an investor press release dated October 21, the “Moto Watch 100” is the brand’s “newest smartwatch.” It is “designed for an entry-level price point” but with a “premium feeling,” and is “scheduled to begin mass production in November 2021.”

Another slide deck today provides a look at the “Moto Watch 100.” It was referred to as the “Moto G Smartwatch” earlier this year and originally had a “June” availability period. It features a round display and two oval buttons on the right edge. There is no crown like on the 3rd-gen for easier scrolling.

This smartwatch will presumably run Wear OS, but there is no recent mention of that. That said, eBuyNow said it was “one of a handful of active Wear OS Licensees” and “partnered with Qualcomm for premium wearables” in February.

From the FCC listing, we get instructions on how to access the e-label and it differs from the current Moto 360 and Wear OS 2 today (Settings app > Regulatory information). It would be rather odd if it did not run Wear OS and was instead using a custom OS.

Press top right [botten button] > Setting >About, then it will display E-Label

The regulatory information does reveal that the Moto Watch 100 is 5 ATM rated (up from 3 ATM), has GPS, an aluminum case, and heart rate sensor. The charging connector is also visible, while it will be available in “Phantom Black” and “Steel Silver.” The test report notes Bluetooth 5.2 and a 355mAh battery.

Looking ahead, a product road map suggests that the Moto Watch 200 and Moto Watch 100S are in development for Q1 2022 as “mid-level” products. The 200’s case design looks very much like an Apple Watch without the digital crown and two buttons. Meanwhile, the “M360” is said to have been “released, 2020-Q3 2021.” The latter time period could be in reference to rumors of a Snapdragon Wear 4100-powered 4th-gen Moto 360, but nothing has been announced yet.