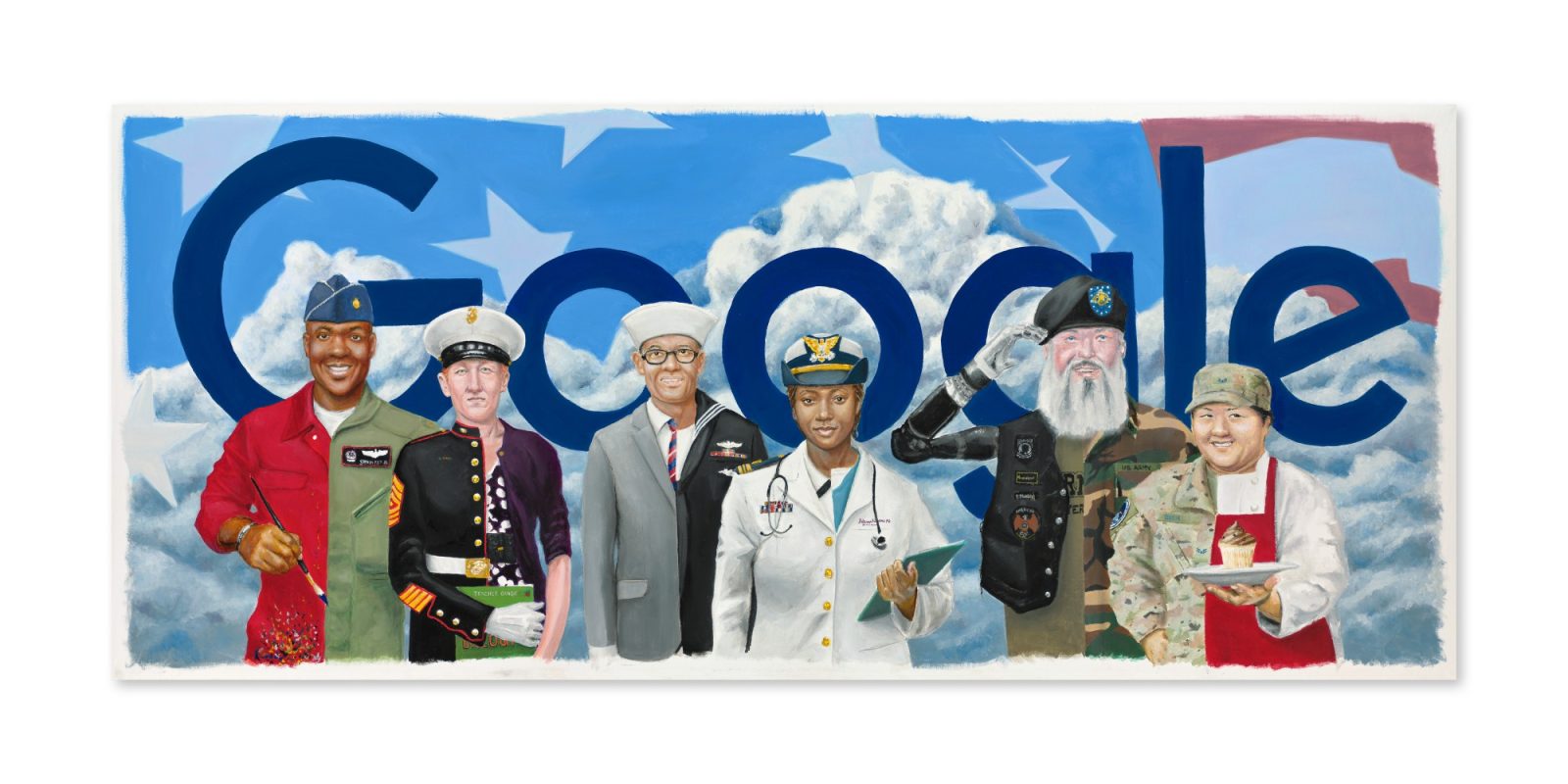 Today’s Google Doodle celebrates Veterans Day by honoring members of all six branches of the US Military, their diversity, and what they do in their civilian lives.

Veterans Day in the United States falls on November 11 every year, in memory of the end of the hostilities of World War I on November 11, 1919. Many other countries celebrate on this same day, but by another name such as Armistice Day or Remembrance Day. In fact, even the United States first called this holiday Armistice Day when it was first ratified by Congress in 1938, but it was renamed to Veterans Day in 1954.

On the Google.com homepage today, you’ll find that the usual logo has been replaced with a bit of artwork created by Phenix City, Alabama-based artist and veteran of the US Army Steven Tette. The Veterans Day Google Doodle shows the diversity of members of the military as well as what they do at home. To express the duality of each service member, they’ve been artistically split in half, one side showing their branch’s uniform and the other showing the uniform of their civilian jobs.

I wanted to display the diversity of the American veteran, and how our lives as civilians are just as diverse. However, I primarily wanted to show the unity of the figures—I want them to be seen as one.

Over on the Google Doodle blog, you can find a brief interview with Tette where he talks about his research process for this Veterans Day artwork and what inspired him to create it. There, Google also shared some behind-the-scenes shots of the Doodle being painted.

Most of my research for this painting was on the dress codes of the different branches of the military. As an U.S. Army veteran, I am very familiar with Army dress codes. But, I had to spend many hours learning the uniforms of the five other services; Air Force, Marines, Navy, Coast Guard, and Space Force.