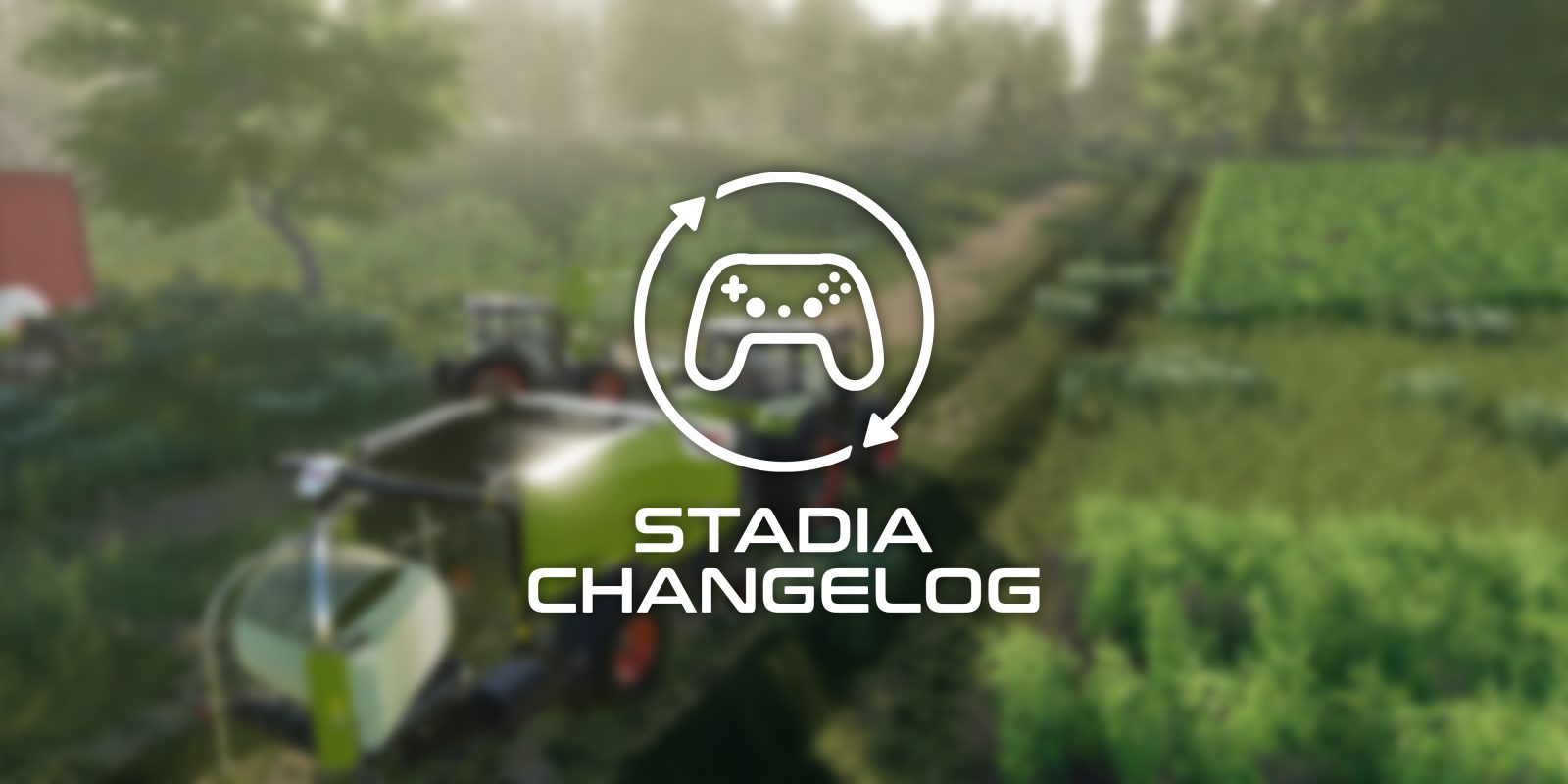 As 2021 comes to a close and the platform’s third year begins, Google Stadia is bringing a few new games this week including the arrival of Farming Simulator 22 and the announcement of new Pro titles coming soon.

The biggest new title on Google Stadia this week is Farming Simulator 22, which is available now for $59.99. Notably, the game is delayed on GeForce Now, leaving Stadia as the only cloud platform with support for the time being. Rayman Legends also made a surprise debut this week with a launch discount to $10 for Pro members.

Google has added 95 games to Stadia since the start of this year, with just six weeks left to meet its promise of at least 100 titles added during the calendar year 2021.

Google confirmed a couple of new titles coming to Stadia this week, starting with Wreckfest. The demolition derby game will be coming to the platform as a part of Stadia Pro next month. Also coming to Pro is Transformers: Battlegrounds.

The early access title One Hand Clapping is about to see its final release. Announced this week, the game will see a full launch on December 14 on Stadia as well as PC, Xbox, PlayStation, Nintendo Switch, and even Android and iOS.

Google confirmed a lineup of five games coming to Stadia Pro in December, and it’s also known that one delayed title will be added mid-way through the month. The lineup includes:

Fans of Ark: Survival Evolved are in for a fun holiday event, the fifth installment of the “Turkey Trial.” Rare “Super Turkeys” can be harvested to unlock holiday-themed outfits and runs through December 7.

By harvesting Super Turkey Wishbones from these ruthless, genetically-modified creatures, you can craft your very own fashionable Turkey Costume, Ugly Sweater skins, or choose to summon the devastating DodoRex creature to do your bidding for a limited period of time.