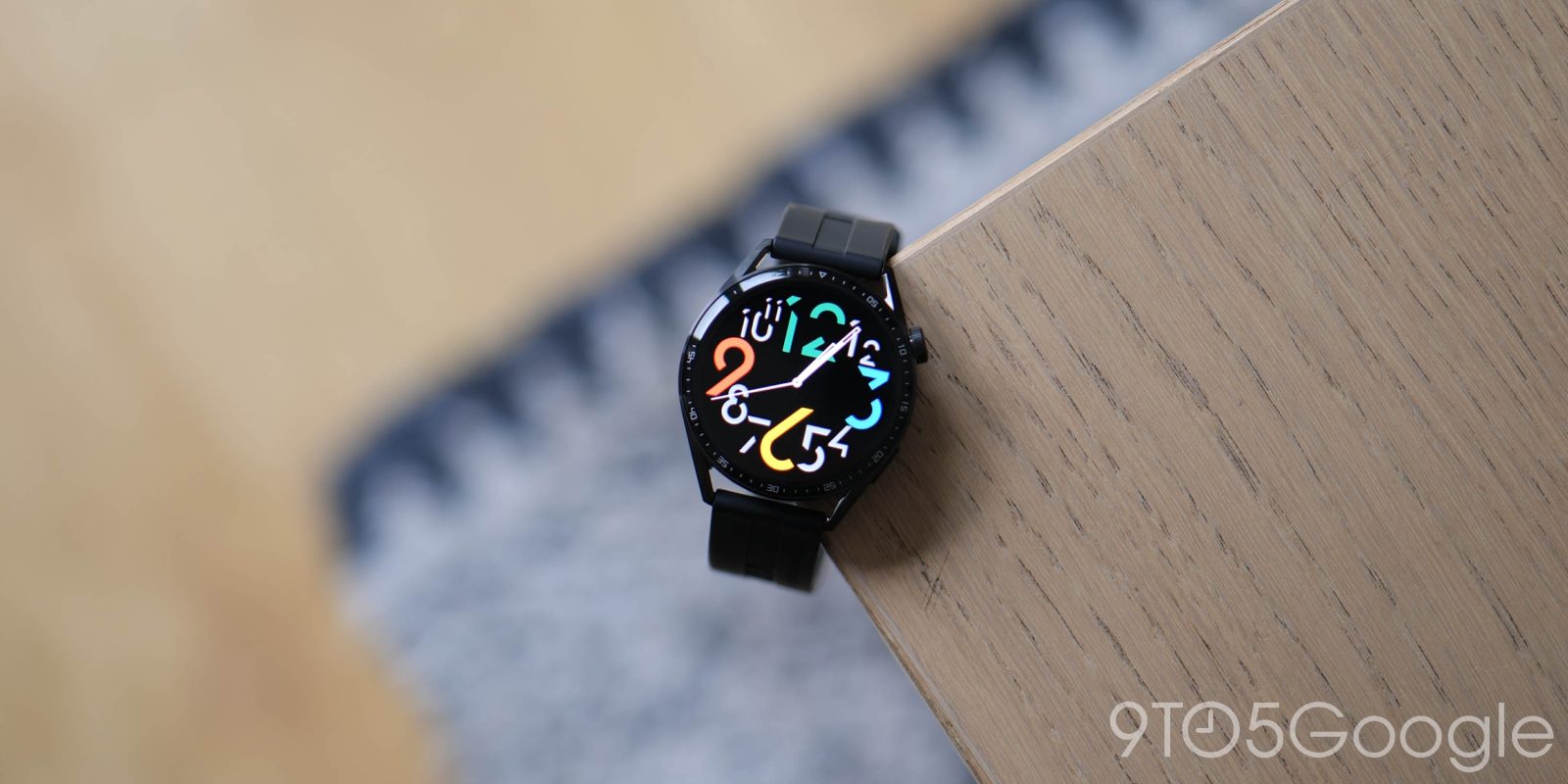 Huawei has had a tough couple of years but despite the obvious smartphone constraints, the company is still producing some solid smartwatches — such as the Watch GT 3.

Google’s increased commitment to Wear OS means that for Android owners, buying a smartwatch is set to get tricky. If you simply must have a fully integrated smartwatch with all the functions and features you associate with a Google-powered wearable, then this might not be the accessory for you.

If you simply want an accessory that tracks, notifies, and blends into your current existence, there is a lot to like here. For starters, the promise of multiple weeks of wear without needing to grab a charger.

There is little to truly differentiate the Huawei Watch GT 3 from its predecessor the similarly solid Watch GT 2. I’ve found it hard to see where the major changes have been made to the chassis of the 46mm Watch GT 3 over the GT 2.

My tastes have changed in recent years to the point that I am finding myself leaning toward larger watch faces. When you just want to quickly glance to grab information, a larger size really does help get you information quickly, and larger watches provide that “glanceability” that you might be looking for. In that regard, the Huawei Watch GT 3 certainly offers a large display and footprint, but the biggest change between this and the GT 2 is the side buttons. Instead of two lugs, there is one imitating a crown with a more common elongated flat button underneath.

The crown can be rotated to scroll, zoom, and navigate through screens in a similar manner to the Huawei Watch 3 from earlier in the year. That bottom button can be assigned to a quick gesture or app shortcut if you so wish but comes pre-assigned to the in-built fitness tracking app. I will say that the side buttons have great tactility, and the larger-than-average size means you can more easily press and activate  — especially if you rack up a sweat.

Every edge of the 1.43-inch AMOLED screen bleeds into the chassis for an almost seamless look. At least to me, this feels more in tune with a traditional watch design, but it has some added benefits. When slipping your hand into your pocket, there is no lip to catch or drag. It’s one of the core reasons I like when smartwatch manufacturers adopt this sleeker aesthetic.

At 466×466 pixels, the screen is sharp and gets very bright. I found that tuning or turning down the display brightness helped as it can get eye-searingly bright in dim or darkened rooms. I’d imagine it will be ideal though in even the brightest conditions. It’s just a solid screen that has been exceptionally tuned for everyday legibility — which is important given its usage.

It’s hard to deny that there is more than a hint of “fitness wearable” on the Watch GT 3 despite the classic style choices. The fluoroelastomer strap feels lightweight but not as breathable as we would have hoped. I’m certainly of the opinion that true activewear should include perforated watch straps when you’re really working out. Luckily, you can pick up a replacement strap, and it’s something I think I may do in the near future.

Adding to that, the Huawei Watch GT 3 comes with a 5ATM water-resistance rating. It’s perfectly fine for wearing in a swimming pool or 50-meter deep water. My only experience that even comes close is wearing this watch during several rain-soaked dog walking sessions, which didn’t pose a single issue.

Unlike the previous generation that ran on LiteOS, Huawei has slapped a version of HarmonyOS into the Watch GT 3. This does mean that you get access to a few extra features and functions — but only if you’re using an Android device and not an iOS-powered smartphone.

Performance isn’t exactly the smoothest at all times, such as when interacting after an extended period. That said, it’s incredibly fluid when warmed up, which is impressive given how lightweight the internals claim to be.

If you’ve used a LiteOS-powered watch before, the added performance boost is quite notable. This latest Watch GT comes with HarmonyOS pre-installed, and it is practically identical to the build seen on the Watch 3 earlier in the year. There are some geo-restrictions on specific features, but it’s worth noting that many of the extras do feel very redundant here in the West and very China-centric.

As this is the more sport-centric wearable, it’s worth noting that you can’t directly access the AppGallery or sideload apps via the Play Store replacement from the watch itself. You can sideload apps via the Huawei Health app, which is fine but the selection is, in a word, small. I counted 30 apps that you can sideload to the Watch GT 3, and many of these are fairly basic. In many cases, this simply hits at a deeper issue affecting Huawei, and we wouldn’t expect this to change any time soon.

You’ll find several fitness tracking apps, a basic calendar, weather, and various other utility options such as a stopwatch, flashlight (which sets the display to white at maximum brightness), contacts, and compass pre-installed. I was actually quite disappointed that Huawei hasn’t yet added a default Calculator app, but almost all of the bases are covered here.

A prime example of the bases being more covered than with the previous generation is the ability to take calls on your wrist. This has been missing on previous Huawei GT series watches for a little while, so it’s great to see it return. In my short experience trialling the option, it proved to be really solid, but as you would expect, the small speaker isn’t quite as loud as your smartphone earpiece. My personal advice would be to use the feature in quiet environments.

Wireless payments are seemingly possible using the Huawei Wallet app. You need to link with compatible banking apps using the Huawei Health app, but this simply failed every time I tried to activate the option from my Pixel 6 Pro. I’m not sure if this is an error or if NFC payments will come in future.

This simply could be geo-restricted as it’s important to mention that some features have not yet arrived but are said to come in an OTA firmware update. Like many, I’d rather certain functions come half-baked out of the box and see them tuned over time. The promise or allure of new additions is no reason to buy anything, let alone a piece of tech.

Huawei touts the tracking features to be in or around the accuracy levels of the similar fitness tracking wearables from the likes of Garmin and even the Apple Watch. I can’t for certain say that the data derived from my Watch GT 3 was to the same levels, but I was disappointed to see that auto-workout detection was slow to activate or register.

Without initiating a workout, you’re unable to see the GPS data, which is annoying to say the least. I also found that attempting to track free weight and weight-based workouts still remains way below average. However, not many smartwatches can provide accurate tracking of my preferred weight routines and understandably there is a major focus on running and aerobic fitness tracking here too.

Beyond the fitness capabilities, I found the sleep tracking features to be particularly good, but I wouldn’t tell anyone to actually wear the Watch GT 3 to bed. The sheer size and shape of this smartwatch make it an uncomfortable accessory for bedtime. It did appear to accurately rate my hours of sleep with each short waking phase, but the sleep rating and sleep phase information is something that is hard to truly evaluate.

Battery longevity has always been a core tenet of the Huawei Watch series, and the GT 3 is no different. After eight days of constant wear, I haven’t needed to seek out the charger. When I’m used to topping up my Samsung Galaxy Watch 4 almost every single day, I’ve felt spoiled.

Even tracking a few basic walks and some treadmill use along with days and (uncomfortable) nights of wear, it hasn’t let up. It’s not like a Huawei wearable has ever really let me down, but the battery life is one of the most exceptional things about the Watch GT series, and the GT 3 is just as excellent.

Charging for just an hour per week is enough to add a further seven or so days without really worrying too much about when you’ll next reach for the cable. In that regard, the Watch GT 3 is perfect if you actually don’t want to take yet another cable with you on a trip. It can be charged using a standard Qi wireless charger, but in my own experience, it was finicky and didn’t work reliably enough. Because of that, I just stuck to the magnetic charging cradle that comes in the box.

Unlike the more integrated Huawei Watch Watch 3, the Watch GT 3 is a smartwatch that simply provides you with just about everything you could and should expect. That is not an indictment of the product, but it’s a pricey package when you won’t be able to do many of the things most people would want to do from their wearable here in 2021.

There is no doubt that Huawei makes some fantastic hardware, but the software is where things ultimately fall apart. That said, like many smartwatches designated for fitness and health tracking, the Watch GT 3 does an admirable job if you just want a few core stats and exceptional battery life to boot.

It’s tough to compare a limited smartwatch such as this to something more feature-rich, but I think that is actually one of the major attractions here. Because the experience is good but limited in certain areas, the Watch GT 3 feels more like a companion to your smartphone than something attempting to replace it.

Even so, unfortunately, the Watch GT 3 won’t replace my Samsung Galaxy Watch 4, but it’s one of a shrinking pool of Huawei products that can garner any sort of seal of approval — and that has to be worth something.