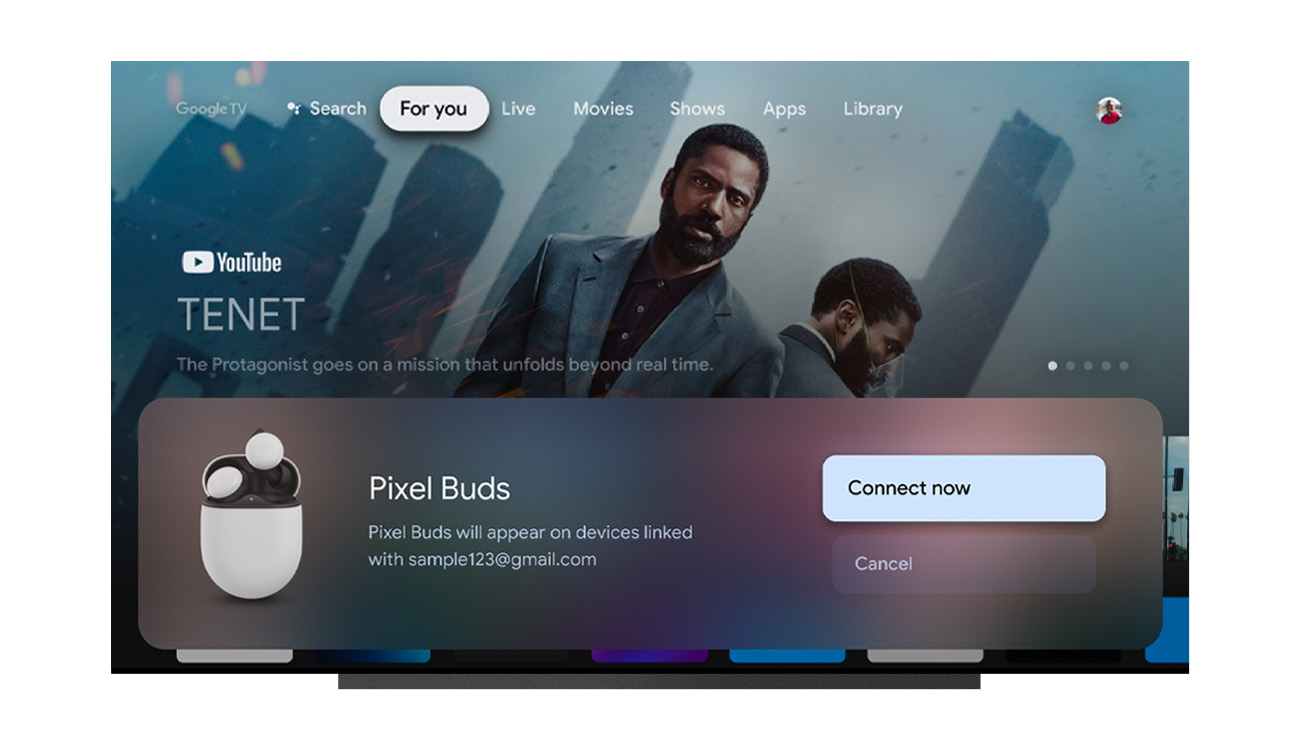 Google today revealed Fast Pair is coming to Google TV and Android TV. This will be supported with headphones already supported by Fast Pair, such as Google’s Pixel Buds or Jabra’s Elite 3 earbuds. Like on Android, earbuds and headphones will be linked and shared via your Google account.

Beyond TVs, Google is also showing off Fast Pair for Matter-enabled smart home products. This functionality, which was previously announced, will show Matter products on your Android phone and enable users to scan a QR code and quickly link the product to compatible apps including Google Home.

Google says that this functionality will be available in the “coming weeks.”