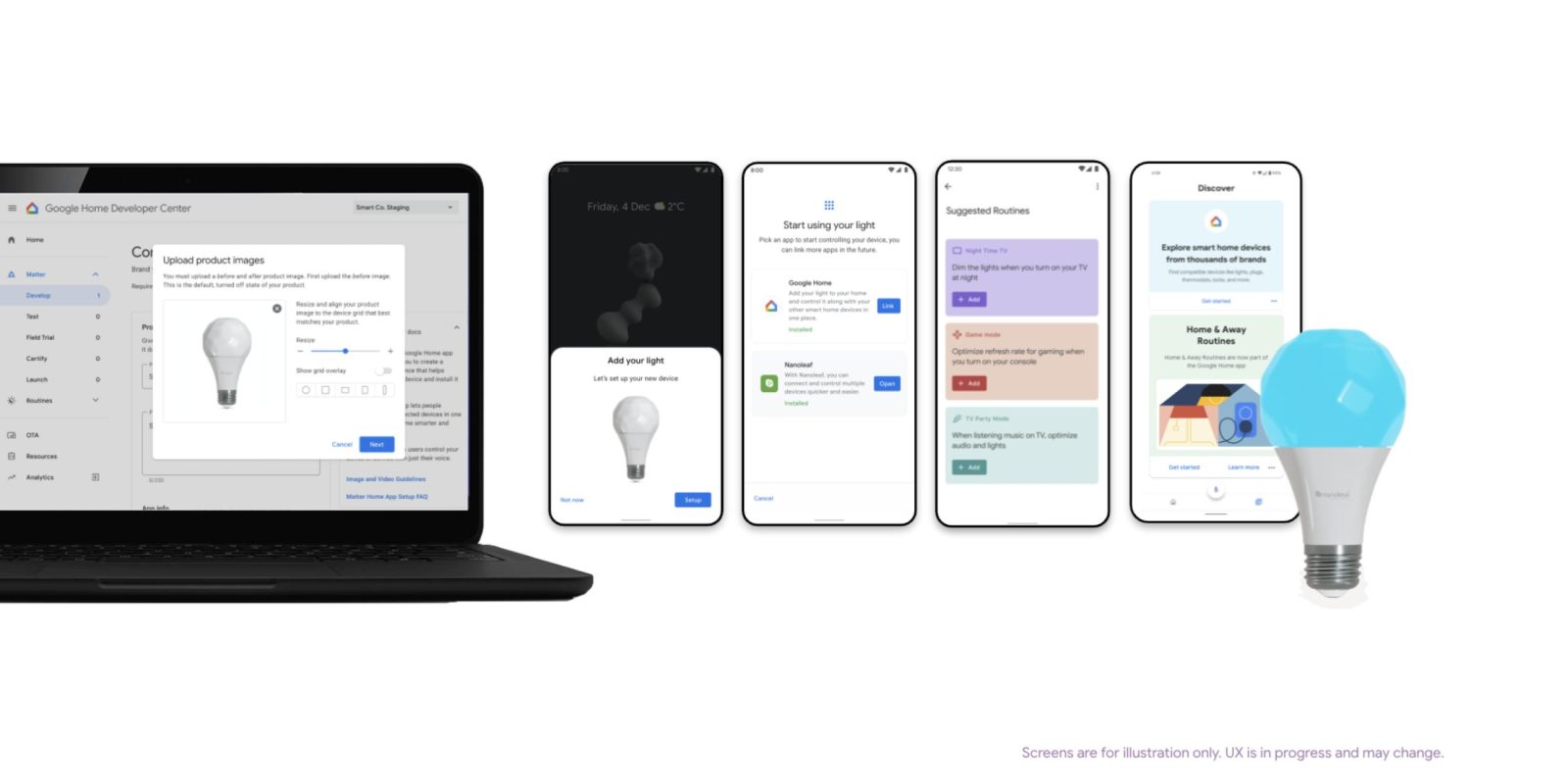 Next year, a new “Google Home Developer Center” will serve as a “total redesign” of help documentation and console. Besides improved navigation and new self-service tools, developers can build apps and customize setup processes. Before the unification, it was grouped under Assistant and “Actions on Google Smart Home.”

Meanwhile, Matter is the “new, universal, open smart home application protocol that makes it easy to build, buy, and set up smart home devices with any Matter ecosystem or app.” It’s supported by Google, Amazon, Apple, and a slew of accessory makers, like Philips Hue, Eve Systems, SmartThings, and NanoLeaf.

When Matter launches — spring 2022 is currently targeted after a delay this year, Google will update its devices with support.

Android will get native support for Matter through Google Play services. It’s advertised as letting you “connect new Matter devices over WiFi and Thread as easily as a new pair of headphones.” This includes a Fast Pair-like UI sheet when a new device is detected. Tapping “Setup” will let users decide, on a system screen, whether they want to use Google Home or the official companion client. It’s unclear what OS versions will get it, but this approach means wide availability on existing phones.

Thread radios on the Nest Hub Max, Hub (2nd gen), and Wi-Fi router will see those newer devices certified as Matter connection points/hubs for stronger/faster accessory connections. Older first-party Smart Displays and speakers will be able to control Matter devices, while support will allow the 2020 Nest Thermostat to be managed by other supported platforms.

A new Google Home Device SDK will let developers create Matter devices and integrate with Assistant, while the Google Home Mobile SDK is for building companion Android apps. There will also be a Google Home IDE.

Amidst all the developer news, one user-facing capability was detailed. Developers will be able to create “suggested routines” that are discoverable in the Google Home app.

Your routines can carry your brand, suggest new ways for users to engage with your devices, and enhance them by coordinating them with other devices and context signals in the home.